A visit to the Gedee Auto Museum, Coimbatore

GD Gopal is the Managing Trustee of the Gedee Car Museum. He built this museum as a tribute to his father GD Naidu, who was an eminent industrialist, educationist and philanthropist. He also had a great passion for automobiles and visited several countries during his life time and was fascinated by the workmanship and engineering capabilities of Germany. He also worked for a short time at the Rolls-Royce factory in England and was most impressed with the workmanship in their cars. 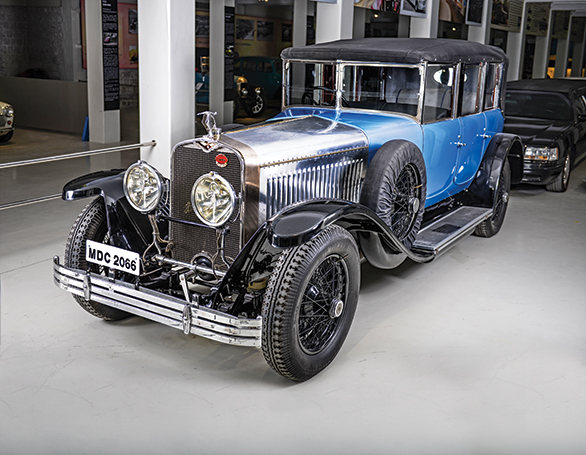 As he also ran the Gedee Technical Training Institute in Coimbatore, which he started in 1947, he felt that the students in his automobile institute must look at the engine, the differential, gear box etc. of Rolls-Royce cars because they did not use gaskets as in other cars, but blue matched them by hand scrapping and finishing. This was Rolls-Royce precision and workmanship at its best. To showcase this, GD Naidu acquired a Rolls-Royce 20 HP and demonstrated to his students  how various bolts were used with a specific torque to eliminate the gasket. 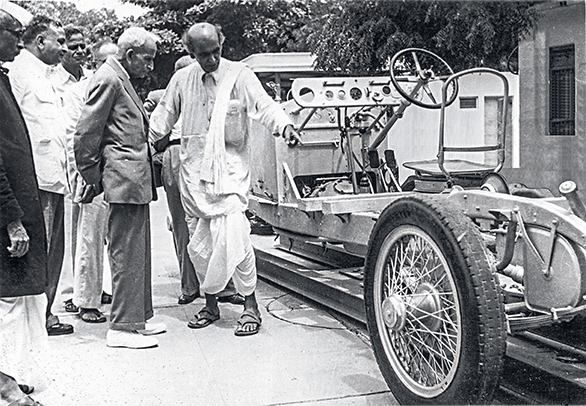 GD Naidu with the Rolls-Royce 20 HP. The body had been removed to enable him to explain the mechanicals without bending. This restored Rolls-Royce is also housed in the museum now

In his older days, it became difficult for him to bend under the car and show these features, so in the late 1960s he stripped the body of this Rolls which exposed the chassis and enabled him to continue explaining the features to his beloved students. This Rolls-Royce 20 HP that was used as an educational tool for engineering students has been restored by GD Naidu's son and now resides proudly at the Gedee Car Museum. 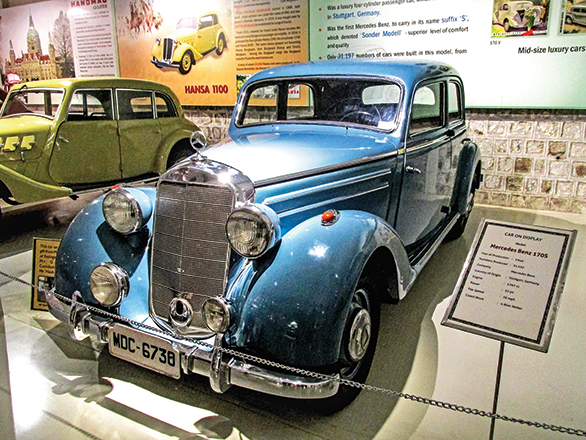 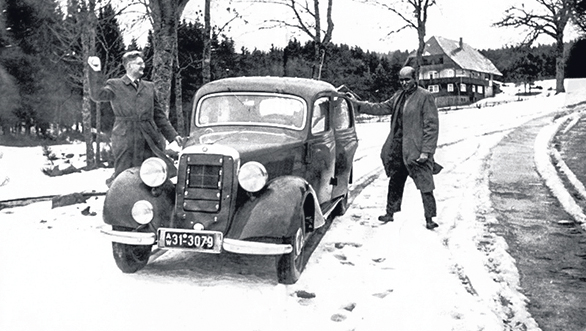 GD Naidu with the 1949 Mercedes-Benz 170 S in German. The same car is now parked in the museum.

Apart from this Rolls, GD Naidu purchased and collected several other cars, especially those that had unique mechanical features or the ones that had significantly influenced the evolution of the automobile. Like his father, GD Gopal is also an avid auto enthusiast and he added to the car collection and ensured the cars were looked after and kept in running condition. In 2009, his collection of vehicles was displayed at 'Kovai Vizha', an event that celebrates the spirit of the city of Coimbatore. 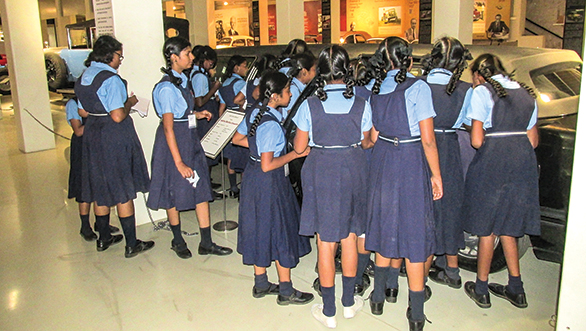 Many students visit this museum

Pleased with the positive response from the public, GD Gopal decided to make the Gedee Car Museum, which opened its doors to the public on April 27, 2015. The main objective of the museum is that students and the general public who see these cars should also learn about the technology and the people behind them. 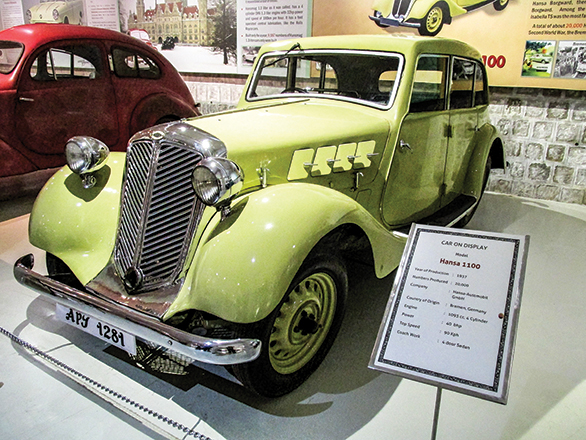 In fact, the museum has a section that acknowledges the achievements of five car designers who contributed a lot to the making and evolution of the automobile. Amongst the five is Karl Benz who in 1885 invented the Benz Patent-Motorwagen (motorcar), the world's first motorcar whose patent is actually the birth certificate of the automobile. 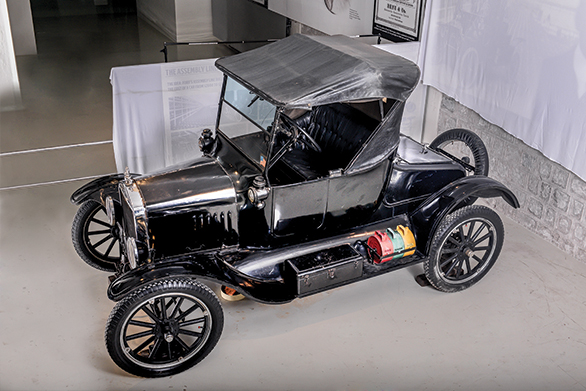 The next, of course, is Henry Ford who in 1908 manufactured the first automobile on moving assembly lines, with completely interchangeable parts. One car was made every 27 seconds and this was the Ford Model T, the world's first mass-produced car of which some 15 million were sold. The Model T had a unique suspension system using transversely mounted leaf springs and it was the first global car built by various countries simultaneously. It was assembled in USA, Germany, Argentina, France, Spain, Denmark, Norway, Belgium, Brazil, Mexico and Japan. And it was available in any colour, as long as it was black. 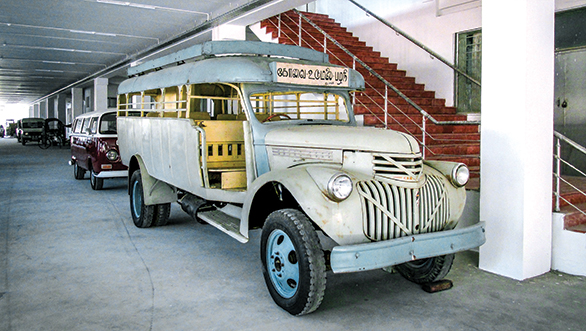 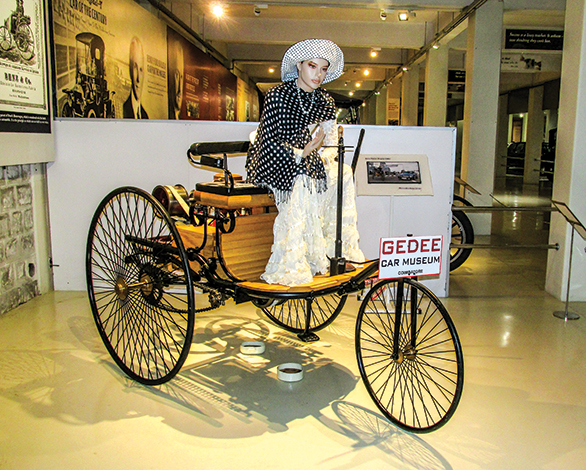 The next is Ferdinand Porsche who was given the brief to design a basic vehicle, capable of transporting two adults and two children at 100kmph. The cost had to be 1,000 German Marks (or Rs 935), the price of a motorcycle then. The 'People's Car', the Volkswagen Beetle was built and presented to Hitler in 1938. It was the first car with an engine in the rear above the driving wheels. This increased traction made it easier for the Beetle to run on snow and even on sand. The Beetle's design was mechanically simple, and as the engine was air-cooled, no costly radiator was required and also no antifreeze was needed. It had a cute and friendly looking exterior and was in production for many years, and some 21 million Beetles were sold worldwide. 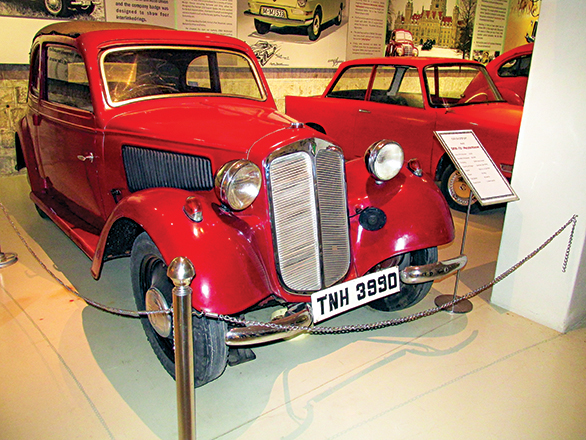 The achievements of Frenchman Pierre-Jules Boulanger have also been highlighted in the museum. In 1936, he gave a brief to his team at Citroen to design a car that could carry four people and 50kg of potatoes at 60kmph, while consuming just 3 litres of fuel to cover 100km! It also had to be comfortable over rough rural roads, and if it were to go across a ploughed field while carrying eggs, none should break! Thus was born the Citroen 2 CV, the first cheapest car on the planet. It was considered to be a masterpiece of design with very good engineering. It too was produced for many years, and in 1950 it had a waiting period of six years. About 5.1 million Citroen 2 CVs were sold in all. 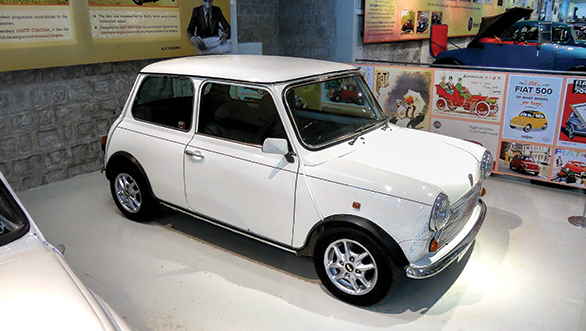 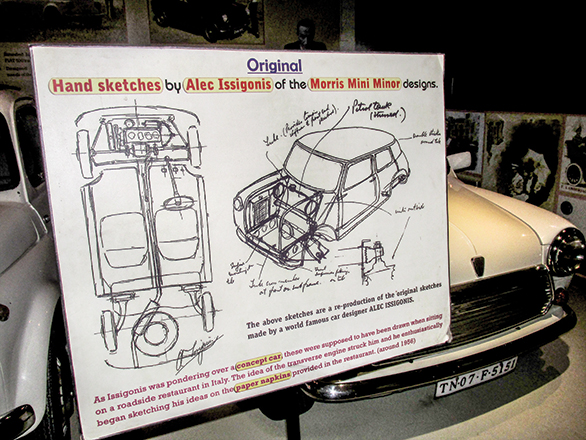 The final designer featured is Sir Alec Issigonis, the father of the Mini. In 1956, the Suez Canal problems led to an international fuel crisis, and Britain had to introduce petrol rationing. Car sales also plummeted and Alec Issigonis was handed a project to develop a low-cost, low fuel consumption car that was also small and lightweight. Alec Issigonis the genius came up with the Mini - the first transverse engine car ever made. The Mini was also the first car in which 80 per cent of space was utilised for passengers and luggage. It was also the first car to have the gearbox and differential in one housing in the crankcase. The turning radius was 20 feet only, the width of London's streets! Some 5 million Minis were sold and the transverse engine layout continues to be used in many modern day cars. 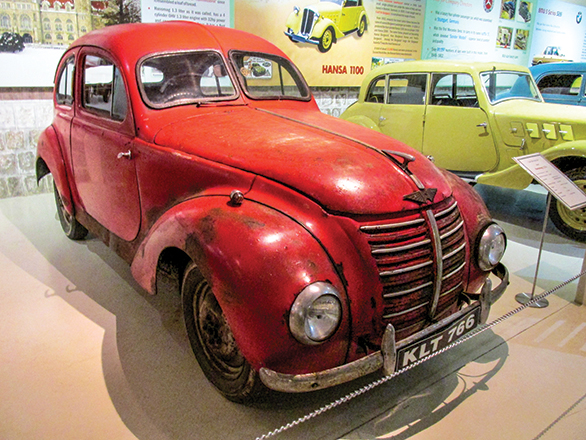 Interestingly, the Gedee Museum says each of these five geniuses had some common traits - they did not have formal education, were highly motivated, all were stubborn and were not satisfied till they achieved their objectives. They thought differently and enjoyed finding solutions for problems. The museum aims to instill in young minds the fact that if these five could create such mechanical marvels, so many years back, why can't they also think of such revolutionary ideas. The cars made by the "Fabulous Five" are displayed in the museum with well-designed posters that present all the interesting facts related to them.

The museum has about 60 cars, and amongst these is an ex-maharaja of Mysore 1925 Hispano Suiza that was exhibited at the Cartier Concours D'Elegance in 2014. Other significant cars include a 1938 DKW, 1937 Hansa, 1939 Hanomag, 1957 Goggomobil and a 1949 Mercedes-Benz 170 S which was used by GD Naidu when he was in Germany. Gotlieb Stoll, the owner of this Merc, later gifted it to GD Naidu. 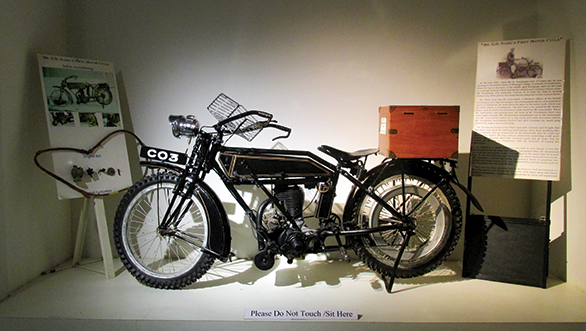 An interesting exhibit is the 1921 Rudge Multi 500cc motorcycle that was owned by GD Naidu and was Coimbatore's third powered vehicle. Two very unique cars on display in the museum are fully working replicas of the 1886 Benz Patent-Motorwagen and the 1896 Ford Quadricycle. GD Gopal makes these replicas and has already exported about 30 Benz Patent-Motorwagens, mainly to the U.K. 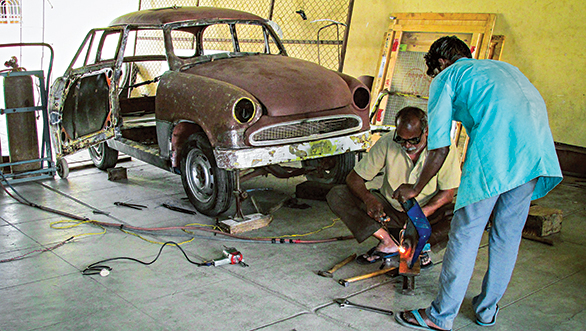 The museum also has a restoration workshop, and walking around the complex you can see several cars lying all over the place. There are even a bus that runs on coal, an aircraft and a wooden drilling rig! All awaiting restoration. The workshop is presently restoring a caravan that belonged to EVR Periyar, the famous social activist, freedom fighter and politician. The caravan was apparently designed by an English coachbuilder. 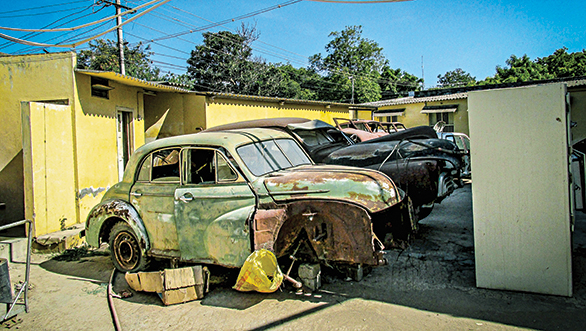 Another car undergoing restoration is a Lloyd LP 500. It is said this particular car was imported by Sanjay Gandhi when he was working on making a small car for India. GD Gopal believes that three such cars were imported and he now has one of these. 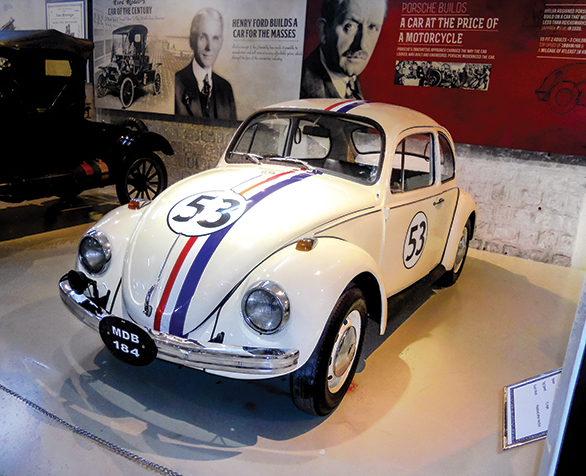 The Gedee Car Museum is located in the heart of Coimbatore city, within the Gedee Technical Training Institute complex. It is spread over an area of 11,000 square feet, and GD Gopal has already started working on a new building that will be an extension of the existing museum. The entry fee for the museum is Rs 50 and they get about 5,000 visitors a month, many of who are students.

Replicas of "World's First Car" being made...
Advertisement