A ride in the AmphiCoach GTS-1 Aqua Bus

It was blue skies and emerald waters that welcomed us as we drove over the sail lined dam, on the way to the Aamby Valley Wetlands waterpark. Experiencing unique driving adventures are quite common in OVERDRIVE but today we had something special. We'd be riding in the only amphibian bus in the country. The AmphiCoach GTS-1 is an amphibian bus that drives over the roads like a regular bus but when the road ends at the edge of a lake it just keeps going, taking to the water like a swan, just not quite as gracefully. 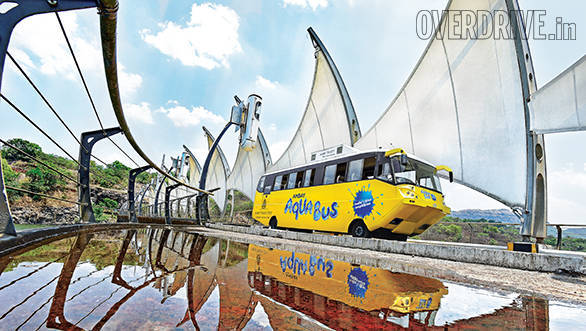 Apart from the slightly pointed face, the Aqua Bus looks like a normal tour bus  it's got four wheels, headlights, windows and a familiar diesel clatter from the engine. It's only when you see the drawbridge style stairs leading up into the bus that you realise that there is something different about it. Once you climb aboard too, the seats and windows all remind you of a regular bus. In fact on the inside, there is practically no way to tell that it's anything other than a regular bus. Maybe you noticed that there was no radiator cover in the front or the rear of the bus and then if you had a really keen eye, you may just have observed the exhaust pipe sticking out of the top of the roof-mounted cooling unit. It's only when you look under the rear bumper that you will notice the propulsion unit that could only belong on a boat. 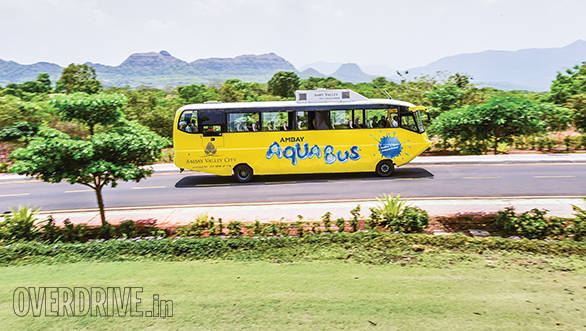 The Aqua Bus rides like any other bus  its air suspension gives a silky smooth ride quality though there is lots of body roll. We did a quick tour of the Aamby Valley property and then came back to the road that borders the lake. The driver shifts the 8-speed gearbox into neutral and rolls down a small slope into the water. Mr Prabhakar (not Halley), our driver, dons his captain's cap and then ditches the steering wheel for a small joystick on a separate control panel on his right hand armrest. This controls forward and reverse and steering from side to side. The throttle still controls the forward motion but the brake and clutch are functionless. 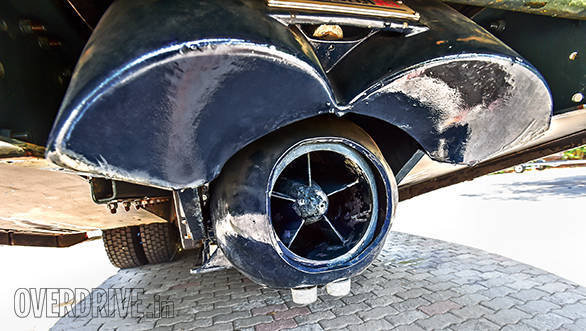 No exhaust sticking out behind this bus - that's the propeller

The entrance into the water is quite dramatic and while you don't hit the water at great speed, there is still an unnerving moment when you think that it's not going to float. It soon stabilises itself, but settles much deeper into the water than you initially expect. And when you look out the window, the water line looks uncomfortably close to the window line but it's actually quite safe. Full speed ahead, Mr Parker, full speed ahead. Mr Prabhakar reminds me that his name is Prabhakar not Parker and I'm brought back to reality. He also tells me that the Aqua Bus is not quite built for speed or choppy waters and so 'full speed ahead' doesn't quite translate into a big adrenaline rush of speed but that's quite okay. We're still riding on the only yellow Aqua Bus in the country and that's enough for me. I could even bring all my friends and all my family and still have some space to fill with its 44 seats. Leaving the lake is not quite as dramatic as the entrance. Captain Prabhakar aims the bow square at the centre of the ramp on the shore, switches power to the wheels and slots the bus into drive. As soon as the wheels gain traction, he just calmly drives out of the lake. 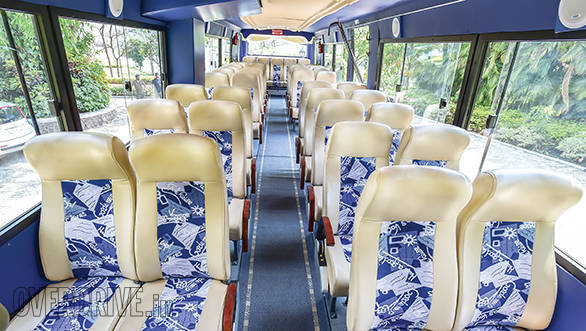 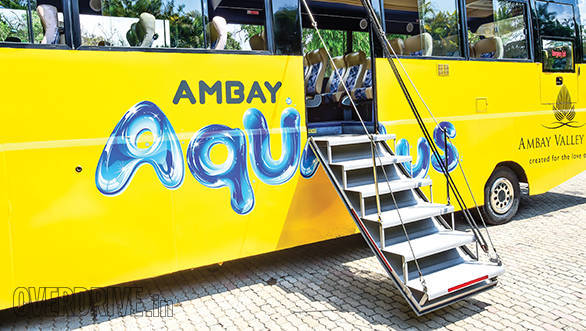 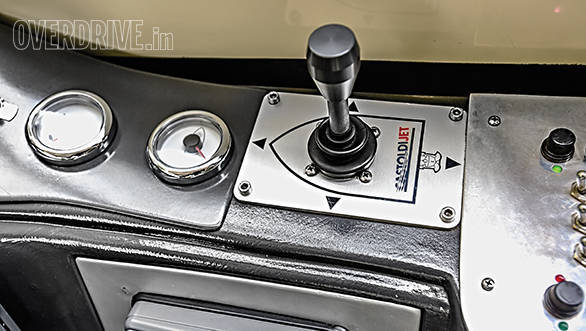 This joystick controls the bus in the water 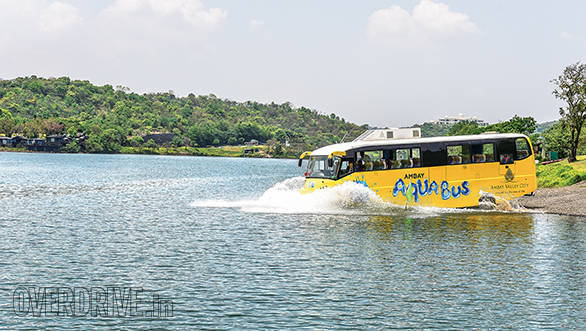 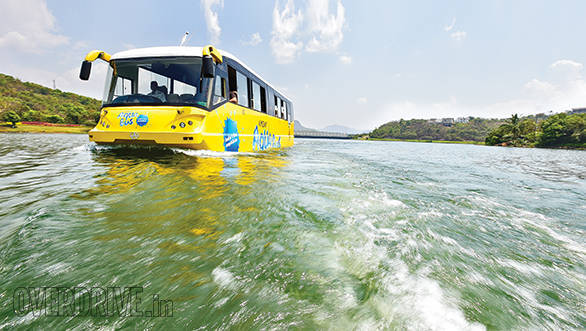 It's quite a nice, pleasant ride but next time around I'm going to have some real fun. I'll make a deal with the captain to block off all the 'Aqua' branding on the bus and then get some unsuspecting friends and family on a vacation and somehow coax them all onto the bus. Then I'm going to start my camera rolling and watch as they scream their lungs out when we drive straight into the lake. Full speed ahead Mr Parker, full speed ahead! "Sir, I told you already, my name is Prabhakar, sir". "Oh, I'm sorry," I replied. Must have been day dreaming again. 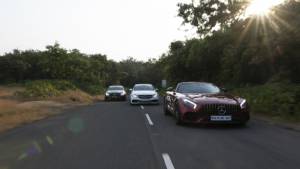 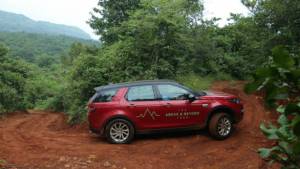 2018 Land Rover Above and Beyond Tour