The extended monsoons and the resultant broken roads had taken quite a toll on the Ertiga, following which I'd sent it for a service and when it came back, I was glad to note that all the niggling issues that had cropped up, had been taken care of. The car had also taken quite a battering on the roads which had resulted in a judder at the front wheels thanks to the horrible roads in Mumbai and also needed a change of brake pads - all of which was rectified resulting in the car getting back to its impressive road manners, courtesy some TLC from the service team at Maruti. 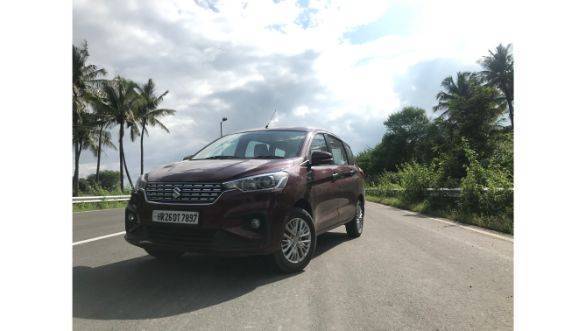 The Maruti has proved to be quite an able workhorse, straddling city and highway duties very well while feeling more car-like than MUV

That said, the unlock button on the driver-side door handle (had been broken off by a former colleague and replaced in the previous service) had stopped working again and the key fob was needed to be fished out every time the car needed to be locked or unlocked. The infotainment system also seemed to have some sort of a bug wherein every time the car was driven afresh, the speaker volume for phone calls would come back to the default setting, which a little low and was needed to be increased manually. In fact, the system refused to connect my iPhone via CarPlay at times and needed to be reset to factory settings for normalcy to be restored. Apple CarPlay (or Android Auto for that matter is) connectivity is a boon in today's age as it makes life a lot easier, especially for navigation or phone calls, and am glad the feature is being offered in more and more cars! 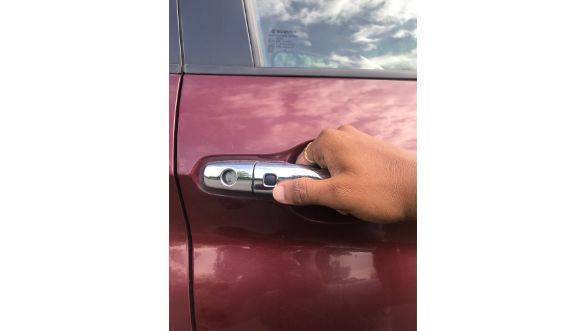 A former colleague broke the driver side door handle on our long term test Maruti Suzuki Ertiga which was replaced, but the door unlock switch on it has stopped working now

As mentioned in previous reports, I do wish the Ertiga was equipped with a few more features, like rain sensing wipers, automatic headlamp on as also an automatic window up function, at least for the driver's window. This, especially since the Ertiga feels a lot more premium now, particularly from the inside. The interiors have a more upmarket feel and I have always liked beige interiors for the roomy, cheerful feel they offer, but on the flip side beige-hued seat covers and floor mats certainly tend to look soiled very quickly, something I was discovering quite often in the monsoons.

On another note, watching other cars (especially ones with lower ground clearances) slow down to a crawl on broken roads, without having to slow down as much myself in the Ertiga was a good feeling. One may not realise but slowing down constantly, especially in manual transmission equipped cars not only takes a toll on the car's efficiency but also causes unnecessary driver fatigue and irritation too. The Ertiga does its bit to reduce these though, thanks to its pliant suspension setup which ensures I don't need to slow down too much on broken roads, thereby making for smoother drives. And that's besides the fact that the suspension has always made for comfortable drives on the highway, more so when the car is loaded with four to five occupants. 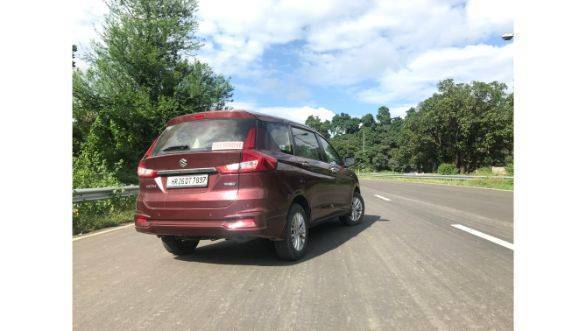 Meanwhile, the Smart Hybrid system has ensured fuel efficiency has been impressive and has been consistent over the months. Our long term test car is powered by the smaller, 1.3-litre diesel engine and only gets a five-speed gearbox which does affect efficiency on highways, but the Smart Hybrid gives fuel economy a slight boost in traffic. It does not get a separate lithium-ion battery like the petrol version, but does get the integrated starter generator (positioned between the engine and transmission) along with a larger battery. The hybrid system reduces loads on the engine, especially at low speeds and also integrates a start-stop system that enhances fuel efficiency by killing the engine every time the car is stationary and in neutral. The system is also quick to bring the engine back to life  as soon as you step on the clutch lever it fires the engine up, quicker than you can bat an eyelid which is quite impressive and over periods of time this contributes to better efficiency. Thanks the Smart Hybrid system the Ertiga has thus returned close to 20kmpl overall (includes highway runs on weekends and 60km commutes on weekdays). 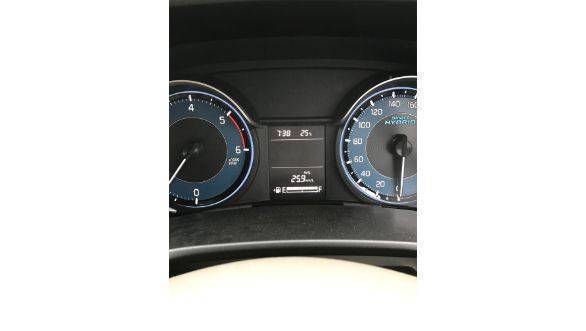 The Maruti Suzuki Ertiga diesel on test with us has proved to be extremely efficient on the highway in particular and returns fuel economy comparable to hatchbacks!

That's as efficient as a hatchback, with the bonus of seven seats and tonnes more space! Not to forget the fact that the Ertiga does feel sprightly and engaging to drive and in that sense it totally belies being a seven-seater MUV. The Ertiga is headed back to Maruti now, having completed its tenure with us and as you would have guessed by now it has endeared itself to me, especially as a family car. Until next time then!