From the last update, where we had a great month with the Swift in the city, we've finally taken her out on the highway. Granted, a Mumbai-Pune run might constitute a commute for some, but we were still eager to see how the car, and specifically, the AMT box responded at highway speeds. And the answer is, very, very well! It's quite something how a car, this light, manages to inspire confidence. Enough confidence for sustained triple digit speeds on the less-than-perfect expressway, that is. Personally, I've had my reservations about the lightness of its steering, with its super quick to react nature sometimes catching me out. For example, in the city at least, a slight tug on the wheel in most other cars wouldn't amount to much, but in the Swift you see it instantly. At high speeds? The steering weighs up just enough to give you a little leeway, where making quick overtakes can be judged perfectly. 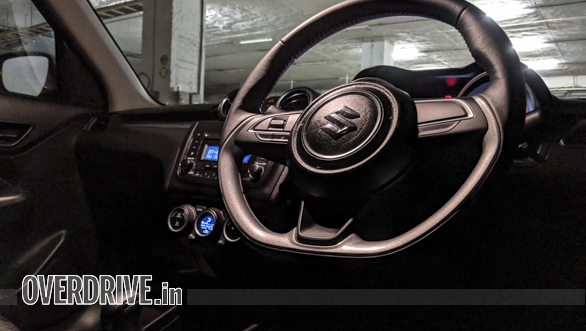 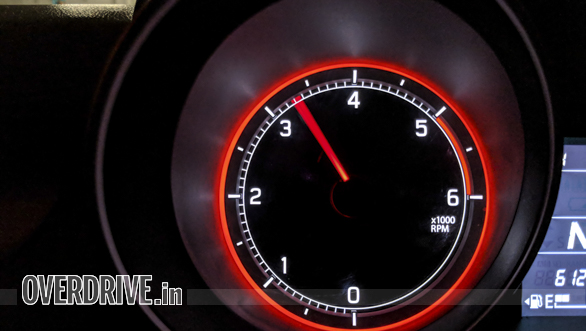 Sweet spot for swift progress on the highway. Careful throttle means shifts between 2,000-2,300rpm though

The gearbox again surprises, shifting down when, and only when, you go past the three quarter throttle mark. Meaning, in fifth at a relaxed cruising speed, the box isn't constantly shifting down for you to execute easy overtakes. It must be said though, this box likes shifting up early to aid fuel efficiency, so sometimes a heavy foot is needed to get up to speed in the right gear. Finally, special mention goes to the superb seating, with its side bolsters that hold you in place. You can probably tell that the Swift has been driven fairly swiftly, so it was surprising when I tallied up the numbers at the fuel pump after the city/highway leg - 17.4kmpl despite the lead foot! For the sake of science, I would like to see what the best figures out of this car could be. Next time, I guess.