What were you doing when you were 15 years old? Not too many of you can say that you were scorching racetracks at great speeds, battling hard to finish in first position, can you? But for Jaden Gunawardena, a young racer from Sri Lanka, this is exactly the answer. On the face of it, the youngster seems to be a regular kid  camera shy and not too keen on talking too much. But the word kid isn't really applicable to Jaden once he's kitted up and astride his motorcycle. There's focus there. And it's a marked transformation. 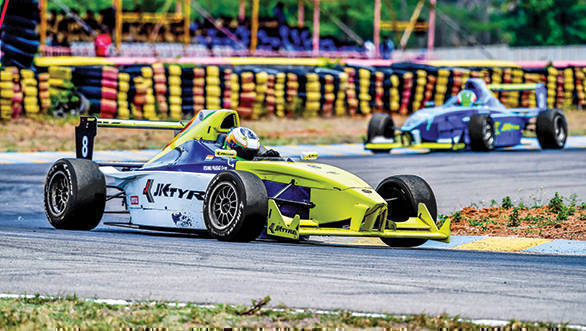 But before I tell you more about Jaden, I must clarify that I was in fact at the JK Tyre FMSCI National Racing Championship. And the 20th edition of the championship has seen some amount of modification, in that, in addition to the single-seaters, there are also two-wheelers in the championship, courtesy the Suzuki Gixxer Cup and the Red Bull Rookies Cup. 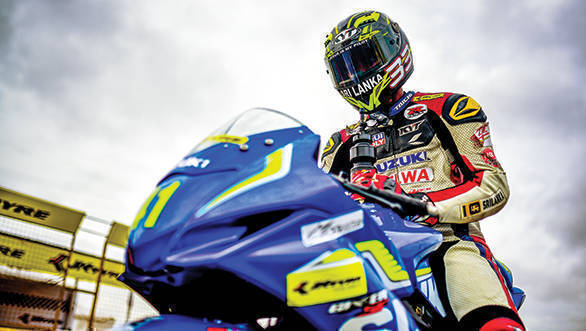 And it's the Red Bull Rookies Cup that Jaden was competing in. He'd started racing when he was around two years old, supported by his father Shane, who was a racer himself with 30 years in the sport. Last year it was Jaden's brother Aaron who competed in the Rookies Cup and made quite a splash. Jaden managed an impressive performance, finishing first in both races. "I wanted to lead the race from the start as soon as I pull out from the back," Jaden said, while also acknowledging that he was under immense pressure at the start. "I thought I might get wiped out or have a fall, so I had to be careful, safe, but fast, all at the same time," he added. There had been stiff competition for Jaden too, given the fact that young racers like 13-year-old Varoon S were fighting for the win too. But Jaden managed to hold his own and take two wins of two races. He wasn't the only two-wheeler rider who was dominating proceedings though. Over in the Suzuki Gixxer Cup, it was Joseph Matthew who took a commanding win in Race 1, and he proceeded to follow it up with a victory in Race 2 as well. 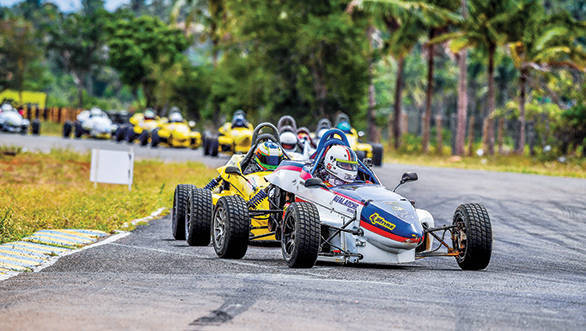 JK Tyre's focus on two-wheeler racing was prompted by their entry into the two-wheeler space. "We were planning to enter the two-wheeler racing championship for quite some time. But as luck would have it, Suzuki came to us and proposed this racing programme," said Sanjay Sharma, head, Motor Sport, JK Tyre. But Hardy, as he's popularly known in the motorsport community, was quite clear that there is still focus aplenty on the Euro 17 Championship that features the erstwhile Formula BMW machines. And it was Vishnu Prasad who really demonstrated a masterclass in the series. Prasad managed to win all four Euro 17 races at the opening round of the championship, making everyone once again marvel at his talent. Other podium regulars turned out to be Nayan Chatterjee and Anindith Reddy, both racers with a decent amount of experience. Vikash Anand and Akash Gowda also made it to the podium in the Euro 17 class. 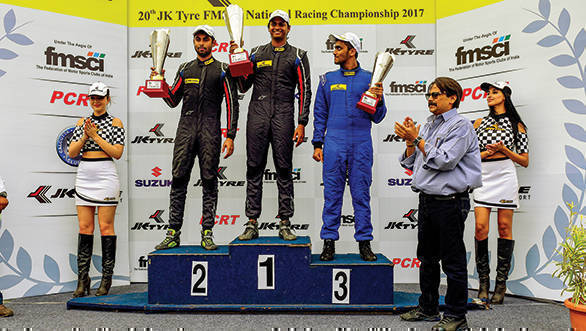 And it was another racer who rose through the ranks of JK's previous championships, who did terrifically in the LGB4 races. Chittesh Mandody of Kolhapur managed to win three of three races as well. Of course, Vishnu being Vishnu wasn't to be denied a podium finish in any of the LGB races, as you will see from the results table. Sandeep Kumar and Saran Vikram also made it to the podium in the category.

While Sharma is happy with the way things are in the series right now, especially with the addition of motorcycle racing to the championship, there are niggles that he feels need to be sorted out. Including the fact that he'd like fresh faces in the championship, as opposed to having only the existing crop of drivers make up the numbers on the grid. Things seem to be changing, what with all the youngsters heading off and taking part in karting and racing championships abroad, which, if you ask us, is as it should be. Every once in a while, though, it's good to try and figure out what people within the motorsport fraternity believe is the way forward for Indian motorsport. Which is why we asked Sharma exactly this question. And the answer we got was "integration". Events need to be combined, coverage needs to move beyond just the motorsport fraternity is what he believes is the way forward. "I'll be the happiest man the day Mira (Erda) or Vishnu gets recognised on the road. That's what I want to achieve next. There's lots to be done," he said. Now to see if it really does get done!