The last time I spoke to you about the RTR 200, I had just inducted the bike into my garage as a daily rider for weekly chores and a weekend rider to places that Toothless (my Daytona) wasn't meant to go to. One of those weekend trips happened to be a quick dash to the coastal regions of Konkan, in the thick of the rainy season. The plan was an impromptu one and that's how I like my road trips. 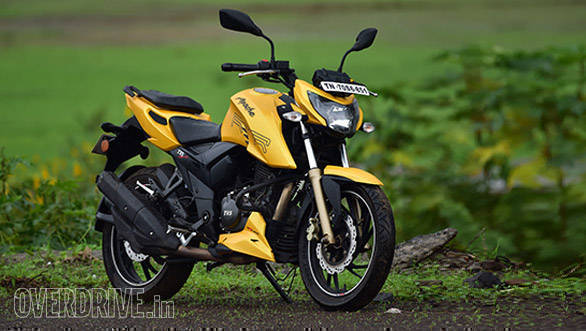 I had a ViaTerra Claw and an Icon Primer tank bag lying around so I quickly packed all the weekend luggage into the Claw and the essentials went into the tank bag. Mounting the Claw on the RTR didn't take any effort at all. The cut in the rear foot-peg housing and the strong subframe allow the bag to be mounted securely. Though the rear seat slopes forward, the little hump on its leading edge (pictured) makes sure that the bag or the occupant doesn't slide forward every time you brake. The only problem is the rear cowl which protrudes out a fair bit and the luggage straps can end up scratching the surface (a quick fix is to use masking tape on the contact patches). While the seat-mounted luggage had no problem, the magnetic tank bag wouldn't stay, thanks to the matte paint. Since the Claw only had a weekend's worth of luggage in it, there was enough space for me to throw the tank bag in too. But the point being, if you buy or loan a RTR 200 with a matte finish, you will have to invest in a tank bag with suction or strap mounts. 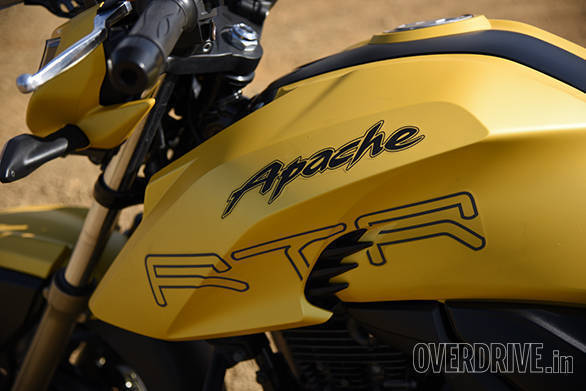 The road down to Konkan from Mumbai started via the NH17, where I could quickly zip past most the wretched weekend traffic, thanks to this bike's diminutive dimensions and easy flickability. On the way up to Dapoli though, the traffic eased out but the rains set in. The patch leading to Dapoli is full of twisties going downhill. Initially I was a bit skeptical on how the bike would handle the wet roads with the different tread choices it makes for the front and rear tyres. My worry seemed justified as the rear, shod with the Pirelli Angel GT, seemed quite skittish on the wet surface. The Sport Demons up front had better grip but the combination would make the bike squirm quite a bit in the wet even on remotely bumpy surfaces. They felt much better on the way back as the road was dry and the undulations didn't seem to worry the bike then. Not to mention how much fun this bike is around the twists and turns and on this trip it wouldn't let a group of KTM 390 buddies out of its sight! 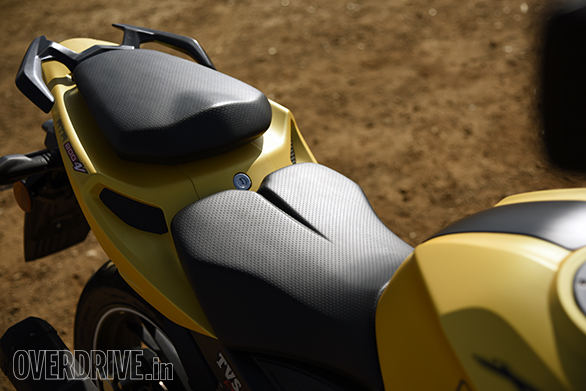 On the coastal route, tarmac was non-existent. The RTR 200 was surprisingly good out here too. The suspension soaked it all the bumps even with the luggage on and bike bike took on slushy patches quite well too despite its road-biased tyres. Standing up and riding over the potholes was a bit up of a problem initially with the shape of the tank, but it was just a matter of getting used to. On the wet roads or the slippery patches though, you feel the need to have anti-lock brakes. The spongy brakes on our tester weren't very confidence inspiring. But overall, I had a blast with that machine - so much so that I wouldn't mind adding one to my garage as a daily runabout. 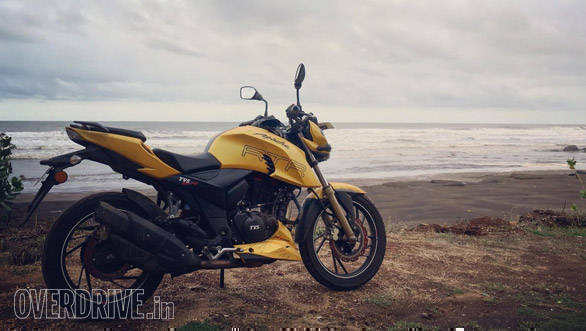 Right after this trip I was away in Ladakh for a few weeks and in the meantime, moisture seeped into the instrumentation console and led to backlight going kaput. The battery ran out too (expectedly) and therefore the bike paid an unscheduled visit to the service centre. Do note that this is a pre-production prototype and we haven't heard of such moisture complaints from any RTR 200 owners yet. But if you have faced any such issues, do write in to us. As for my tester, it is now back and in Lijo's responsible hands as I have Toothless and Wall-E to take care of now - so expect my overtly tall colleague to give you his ownership experience of the RTR from here on. 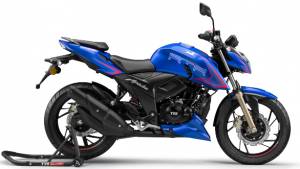 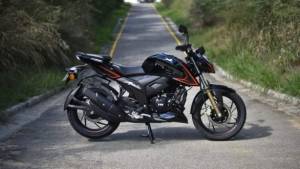 A closer look at the BSVI TVS Apache RTR 200...
Advertisement