I know I promised we will talk about the lights and the crash in this edition of the Feroci long term update but I'm going to make you wait just a bit longer. This time, let us focus on the Multistrada at the track. Because I'm still getting goosebumps from the sheer ferocity and accuracy of the Ducati at a small track like Kari Motor Speedway in Coimbatore. 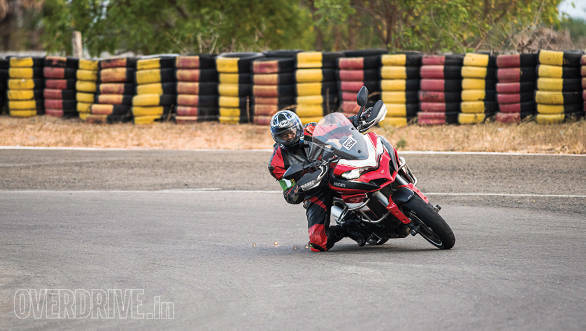 And it has a lot to do with the electronics. One of the TWO School instructors Vignessh went out for the early laps, and the usually quiet, reserved man was beaming. "I started in whatever mode it was in [Touring] and it felt great. But when I switched to Sport, the change was insane. On the next lap, it began to slide and I had such confidence that I felt fully in control. Wow! I wasn't expecting this to be so good." Daniel "Dodo" Anandraj, who I co-own my R6 with said, "I wasn't expecting a motorcycle this big to be so flickable. But to me, I didn't feel the electronics - despite the hype. It was seamless. That was amazing." The Brembo brake pads were replaced at 5,800km - they were worn out. Replacements are a staggering Rs 15,000-odd for a set of two pads each! 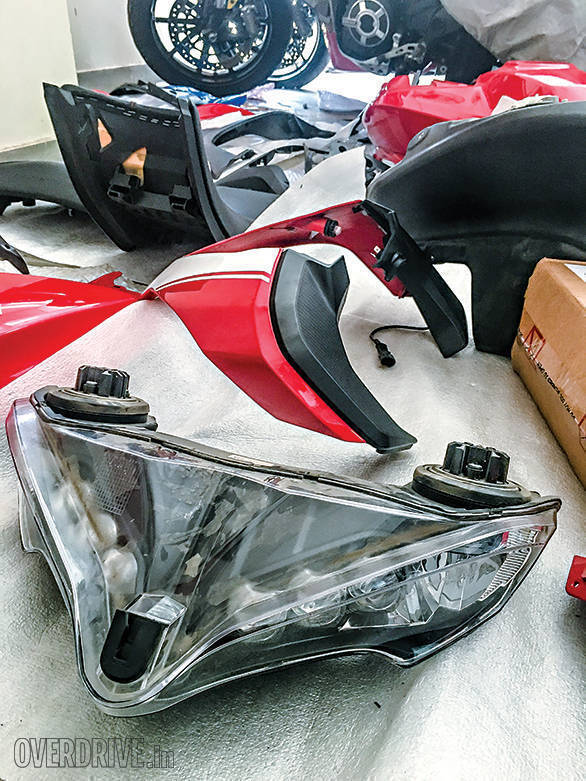 The LED headlight is brilliant. But the first one had some grains on the clear plastic and was replaced under warranty. The replacement unit appears to have developed a few grains too

I have to concur. I has initially thought that I'd play it safe with the more aggressive traction control settings in Touring mode. But you rapidly feel the Ducati nudge you towards the less restrictive Sport mode. Which feels completely natural on the very first lap. You brake later, trusting that front end. You quickly learn that slowing a bit more than normal is the trick. Because you can get the big Ducati turned rapidly and then use the mental 90° twin's 160PS to create dramatic, hard-hard-hard corner exits.

When I started riding, I was in two minds about the Pirelli Scorpion Trail II tyres. They're road and off-road tyres. So they're out of their depth at the track, naturally. Well, close but no cigar. Between my skills and the considerable faster, more precise wrists of Anand and Vignessh, the tyres could not be tripped up. And now, at 6,000km, including city riding, 3,500km of highway and about 500km at the track, they look just past the halfway mark in terms of wear. Colour me very, very impressed.

"Listen, I know you're slightly crazy but this is a big, expensive bike. Please don't give it to anyone and everyone to ride, please?" said chief instructor Anand to me, roughly as soon as he saw the bike. Well, we all - plus a few more - rode it. I gave pillion rides to a number of people including a couple of students who needed lines cleared up.

The ease with which the Ducati managed two-up track laps was matched only by how easy everyone from new riders (yes, I am brave) and the super-fast ex-racers found the Multistrada to understand, connect to and fire out fast-feeling laps with. Next time, the crash and its aftermath. I promise.