Another season gone by. Another year of sparring F1 team-mates. Another year of 'we will quit' and 'no we won't'. Another year of rising to challenge and falling from grace. Formula 1's 2015 season has had it all. But even while it was evident from the very start that Lewis Hamilton was most likely to run away with the championship title, despite Nico Rosberg's best efforts, there were little sparks that made the season very interesting indeed. Here's our list of standout performances this year. Good and bad alike... 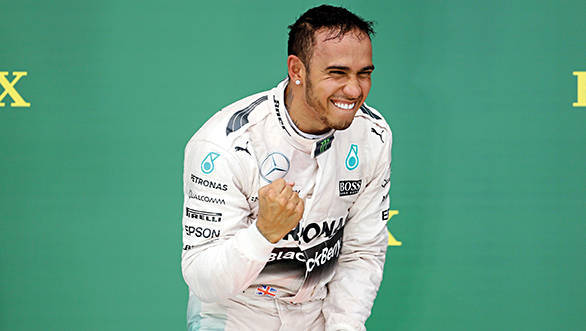 Lewis Hamilton came, saw and conquered in 2015. Mercedes appeared to suit him in every way  the F1 W06 Hybrid and Hammy got along fine. As did the team's rules for their reigning world champion. Hamilton did as he liked off track, and dominated on track. And he threw down the gauntlet at the very first race of the season at Australia. When he wasn't winning, he still made his way onto the podium in the first half of the season. And then, despite all the accusations that he'd slumped during the second half of the season, he still took the title. In 2015, Hammy won 10 races, was on pole at 11, and made the podium 17 times. One could say he had more good days than bad days in 2015. Way more! 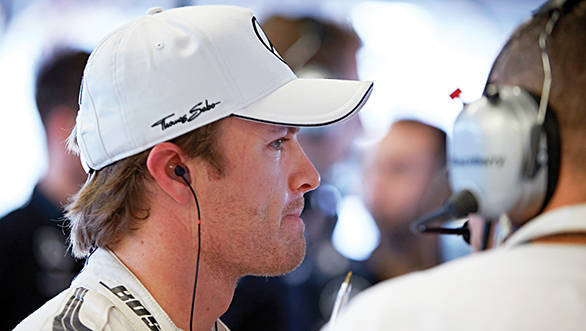 Here's someone who didn't quite enjoy losing out on the world championship title. As was in evidence when he tossed his cap on Hamilton after the race at Austin was done. But, realistically, given the sort of streak Hamilton was on, and given the sort of racer that he is, the number of people who really believed that Rosberg could do it, were all huddled in the same part of the F1 paddock. In Rosberg's side of the garage, that is. Three wins of the first sixteen races. And then, three wins of the final three races of the season. Once the title battle was lost. Rosberg's a good racer on a good day. His team-mate, however, appears to be better. For 2015, Toto Wolff and gang might need the help of a pacifier and a nanny, and of course everybody needs to move on tip-toes so as not to wake the baby. 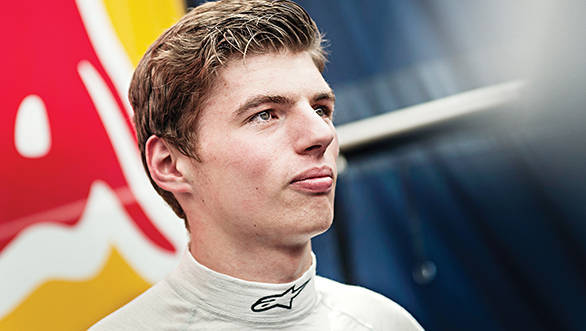 It certainly doesn't seem like the 2015 season of Formula 1 was young Max Verstappen's first. And to think that it all began with people wondering whether a seventeen-year old driver, the youngest in the sport's history, could handle the pressures of Formula 1. Not only did Verstappen Jr 'handle' every single curve that the medley of F1 circuits could throw his way, he did it in style. Whether it was that seventh-place finish at the second race of the season at Malaysia. Or whether it was the strong second-half of the season where he had points-scoring finishes in nearly every race. And then there were those plucky overtaking moves he pulled off. Yes. Meet the sport's next big thing. World champion in the making, and all that. 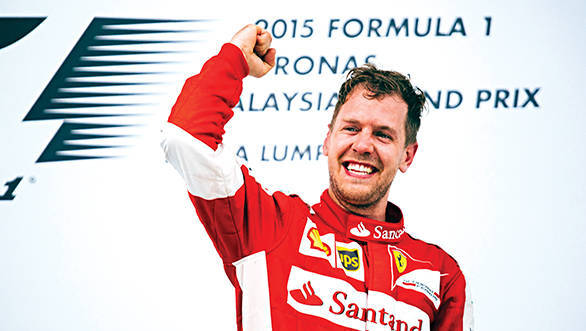 Well, Seb Vettel didn't have the greatest season in 2014, which prompted his move to Ferrari at the end of the year. Given the sort of domination that Mercedes was enjoying, Seb's move really did seem risky. But then, clad in scarlet overalls, Seb climbed onto the top step of the podium at the second race of the season in Malaysia. And, as the year progressed, he even proved he had a theoretical chance at the championship. He outdid his team-mate Kimi Raikkonen on every occasion, save the season finale at Abu Dhabi. And he reminded us a little of Fernando Alonso on occasion. Dragging the Ferrari to places no other driver could have taken it. The last time a German driver joined Ferrari it led to years and years of championship success. We're certain that's exactly what Seb's hoping for. 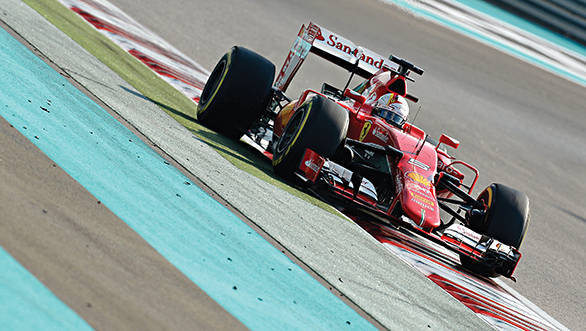 Ferrari proved during pre-season testing that they were likely to be the best of the rest. But the results that they managed during the season were better than expected. With two wins for Vettel during the first half of the season, things looked good. They looked even better when Vettel managed to take pole at Singapore, the team's first in three long years, ending Mercedes' domination in qualifying. They'd have done even better had Kimi shown some more spark. Next year, perhaps?

Back to the drawing board 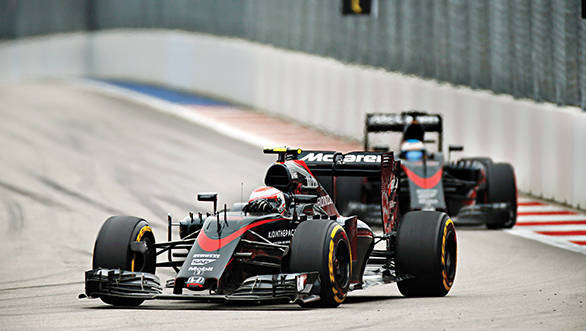 There was so much buzz when the McLaren-Honda partnership was revived. Ah, the very thought of it at once conjured up images of Ayrton Senna, Alain Prost, and the glory days of the Marlboro-liveried cars. The reality, though, was quite the opposite. The Honda RA615H Hybrid was a disaster. The rest of the MP4-30 was no great shakes either. And, thanks to busted engines that needed to be replaced, the penalties that the drivers racked up over the course of the year were ridiculous. Ron Dennis' squad will need to work hard for 2016. Really, really hard.

Flying Finn of the year 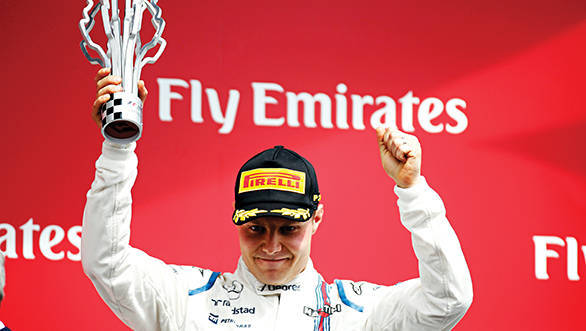 Consistent points-scoring finishes, two podiums at Mexico and Canada, and a fifth-place finish in the world drivers' championship. But Valtteri Bottas says he's still not satisfied with the way he's performed in 2015. Well, a part of it is down to the fact that Williams chose to focus on their 2016 car through the year, which accounts for the team's slowdown in performance this year. And the fact that they weren't able to challenge Ferrari for second spot in the constructor's championship. But Bottas stood out. In our books he's one to watch out for.

By leaps and bounds 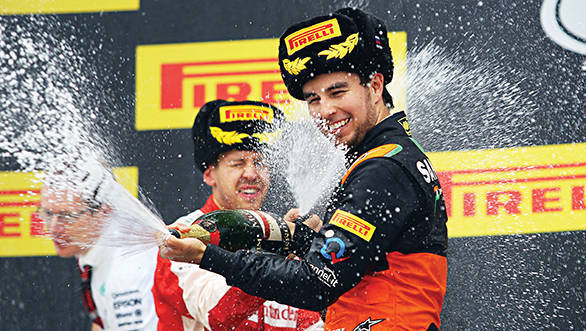 Rumours abounded that the team was financially insolvent before the season began. It didn't help matters that they missed the first pre-season test. Then the second. But they finally debuted their car on day two of the third test at Jerez. With that sort of a start to the season, expectations were low. But then Force India delivered. Especially during the second half of the season, they finished in the points regularly. Sergio Perez proved more consistent than his team-mate Nico Hulkenberg, and even managed to give the team their sole podium of the year with third place at Mexico. The team took a best-ever fifth-place finish in the constructor's championship. Now for them to keep this up. Perez too.

Zen masters of the decade 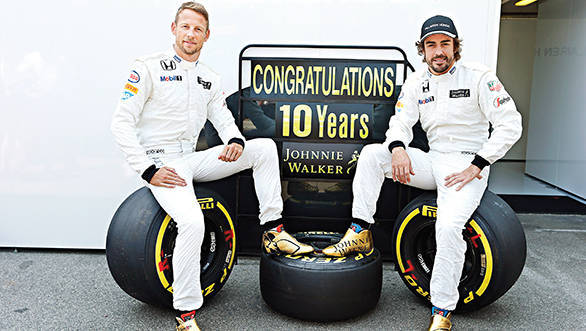 We don't think we've seen two more patient drivers than these two. Of course, Alonso did have that moment at Suzuka when he told his team over the radio "I'm getting passed down the straight like a GP2, this is embarrassing," which, to be honest, was warranted after what he'd been through the whole year. Despite it all, the double world champion and his team-mate Button, who'd won the title in 2009, were largely calm and centred. And willing to uphold their contracts and return to McLaren in 2016. Button's gamely explained that the issue the team is facing is power deployment from the battery. Once that's sorted, they're likely to be faster. Well, we'd like to see these two drive for the win soon. A little patience goes a long way. 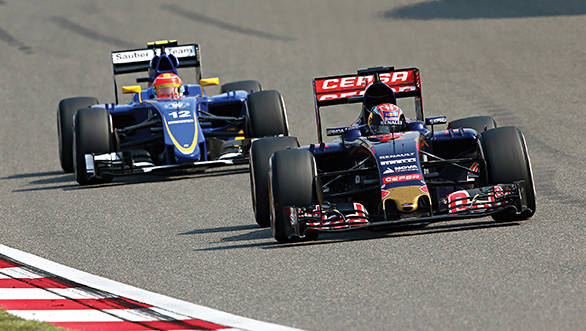 Max Verstappen made so many overtaking moves that left fans and fellow racers alike with their jaws hanging open. It started with the move he made on team-mate Carlos Sainz at Sepang. He bettered that by tackling Felipe Nasr at the hairpin at Shanghai a race later, and also muscled his way past Sergio Perez a few laps down. Then, at Monaco, a track not so famous for overtaking, he managed to swing right past Pastor Maldonado. He muscled his way past Nasr once again at Belgium. Made a whopper of a move on Romain Grosjean at Singapore. Diced with Fernando Alonso and got the better of him at Japan. And left Seb Vettel with no choice but to back off and cede position at the US GP. All in his first season too. 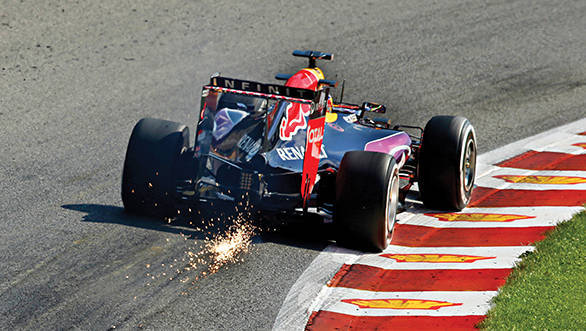 Newspaper headlines during the first few races of 2015 all seemed to indicate that Red Bull Racing were certainly going to pull out of Formula 1. There were threats from Dietrich Mateschitz that the team would leave the sport given the state that their Renault engines were in. Then there were threats that they'd quit unless Audi decided to back them and supply them with engines for the 2016 season. And, eventually it seemed like the team would have no engine supplier for 2016. But after all that hemming and hawing and speculation aplenty, Red Bull's staying. With Renault engines, too. Just rebranded TAG Heuer, though.

Race of the year 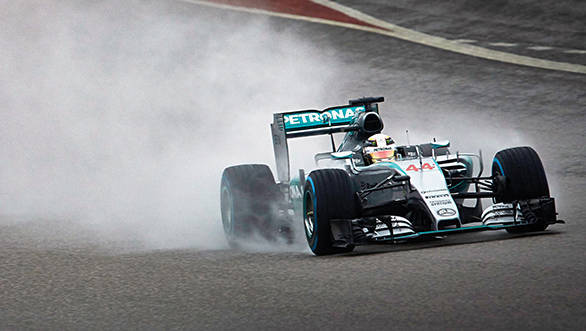 The race of the year was also the championship decider, and boy was it a thriller. Two safety car periods. Two virtual safety cars. And a whole lot of unpredictable racing action. Of course, the weather helped matters too. It did look almost certain towards the closing stages of the race that Lewis Hamilton would have to hold on till the next race at Mexico in order to claim his title. But then Rosberg ran wide, and Hamilton made the move he'd been waiting to make. He'd win the title. And incur the wrath of his team-mate who would later accuse him of running him off the track at the beginning of the race. But that's another story.

Circuit of the year 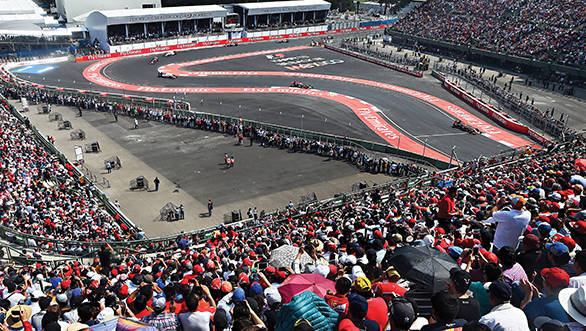 New tracks on the F1 calendar make us happy. And the revived Mexican GP held at the Autodromo Hermanos Rodriguez was one good track to have back on the calendar. Of course, the fact that the legendary Peraltada corner was cut made us a little teary-eyed. But the fact that the track was then routed through the stadium complex, where fans could see cars coming right down the straight, eased the pain a little. We're hoping that next year the race is held when the championship is still undecided. Will make for a more exciting race. 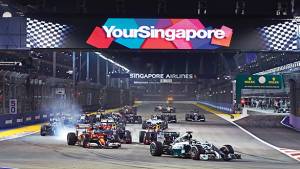