We rolled quietly out of Leh while it was still dark. Independence Day was going to be a long day. It was a long drive, and there was going to be much stopping to show permissions slips along the way. After all, our route would take us within 30km of the Chinese border. 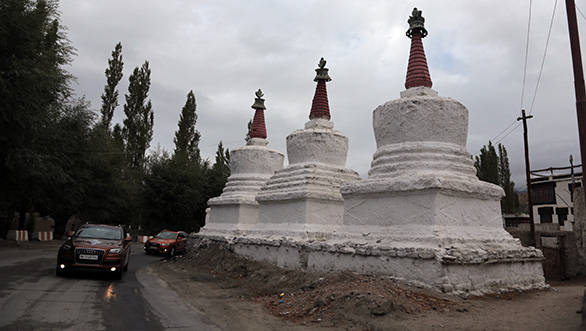 We rolled quietly out of Leh while it was still dark

First stop was Karu, which is just before Upshi where the road forks. One road heads towards Manali, the route we came to Leh on and the other heads to Pangong Tso (now famous as the 3 Idiots Lake) and Marisimik La. Along the way lay the mighty Chang La pass, famous for its height as well as the constant danger of snow, rock avalanches or, if you've won the bumper prize, both.

At Karu, we quickly repaired a puncture in my Q5, the silver one while we sorted out the permissions and registrations with a chubby man with a register. And then almost immediately, human presence began to fade away. Because you need permissions to go on this road, traffic is sparse and mostly military convoys. 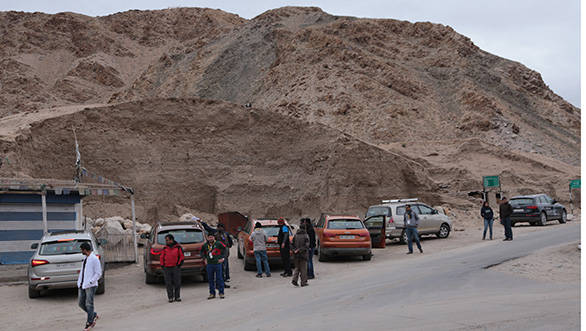 Thankfully, the road is once again in excellent nick, though narrow, and to their credit, the Army drivers in their imposing Stallion trucks are very gracious in allowing our shiny Audis to pass. We waved thank yous religiously, though we must have looked oddly clad in our brightly coloured reflective Oakley lenses. What can we say, the polarised lenses really brings out the sheen in the olive drab paint on the Stallions.

About four kilometres from the pass, we had clear weather and that showed why Chang La is such a feared pass. The whole mountain is immense but it looked entirely composed of loose rocks, some the size of palatial mansions. It looks held together by little more than prayers and soil, and I can tell you that the conversations in the cars were hushed and the Avalanche warning boards were not be taken lightly.

Our Audis manfully shrugged off the bad roads right at the top and within about two hours, we were on top of the pass looking at the signs for complimentary tea courtesy of the Army and the Changla Baba temple. 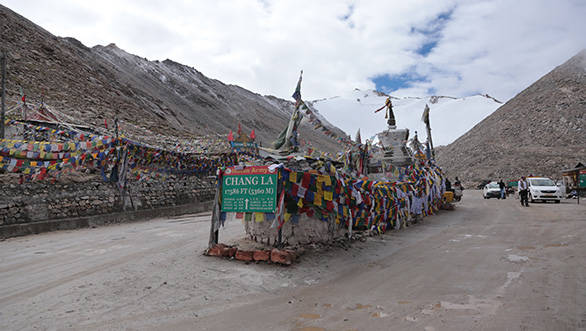 We were quite surprised to see the number of tourists cars on top and only later realised that the permissions for the Lake aren't that hard to get, it's the Marsimik La permit that's a biggie. Only we had that permit on the day. Gloat.

Soon afterwards, the roads improved again and we stopped once again to sign the register at the entrance to an area marked as a wildlife reserve (in the sense of keep the wildlife safe rather than jeeps with tourists hanging out of them). Our next stop was Lukung and it quickly proved to be amongst the best driving stretches on the trip.

Perfect tarmac coiled around the brown mountains that were set off by the lush green that appeared only in the valleys below. Now and then, we'd ride roughshod over the remains of incredibly large land slides but the pace was up, we were keen and the miles flew. 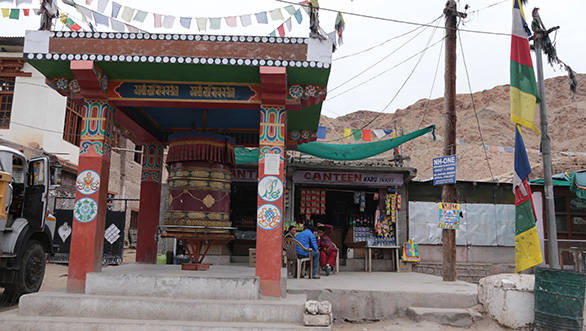 The butter tea, or Gur-gur at Lukung, gained an extra deliciousness

The butter tea, or Gur-gur at Lukung, gained an extra deliciousness (yes, it is an acquired taste) thanks to the lovely drive. A group of motorcycles was leaving the valley as we arrived and then an American on a bicycle we'd passed earlier caught up to us. Everyone was amazed to see our shiny Audis on such a remote road. Our guests had clearly aced the rest day task of making the cars all shiny and sparkly.

Down in the valley, the temperatures were comfortable and the boots of the cars now wore all the heavy gear while all of us enjoyed our much lighter, much more fashionable Nautica gear.

Another hour of driving brought us the first glimpse of the Pangong Tso, a shimmery blue expanse between two mountains. Doesn't look very green I thought to myself before someone explained on the radio, "It looks grey because of the sky. The real colours will come when the sun comes out fully. Hopefully tomorrow..."

Bert and photographer Suresh, who are Pangong Tso, veterans were quite shocked to discover how many tents, restaurants and camps have popped up since the movie. The least subtle was the Idiot's Restaurant. Thankfully, our camp was quite a bit further down the road away from the crowds. 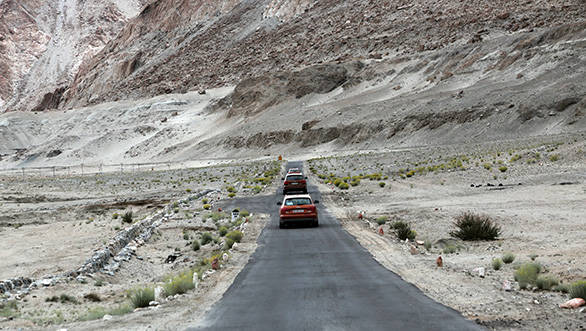 Weren't we heading up the mountain? "Team, we're going to go relieve the cars of all the baggage and weight before we go to Marsimik La. It is going to be a hard road, the hardest road we have done so far and we want the cars to have to carry as little as possible." Ah, that makes sense.

It was two o'clock by the time we unloaded all the cars. Lunch had been forgotten in the process and all of us were so excited that we only realised it the next day after all the excitement had ebbed a bit.

All that was left to do, was to do what we came to do. 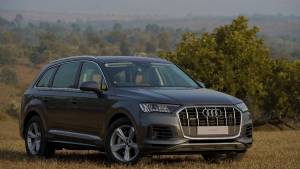