We recently celebrated a "Classic Car Track Day" at the Madras Motor Race Track (MMRT) near Sriperumbudur, with Chennai based car collector Ranjit Pratap. Ranjit very kindly brought five fabulous cars from his vast car collection to the 3.71 kms long MMRT race track, and generously allowed me to put in a few spirited laps and tackle the twelve turns in his very fine old beauties 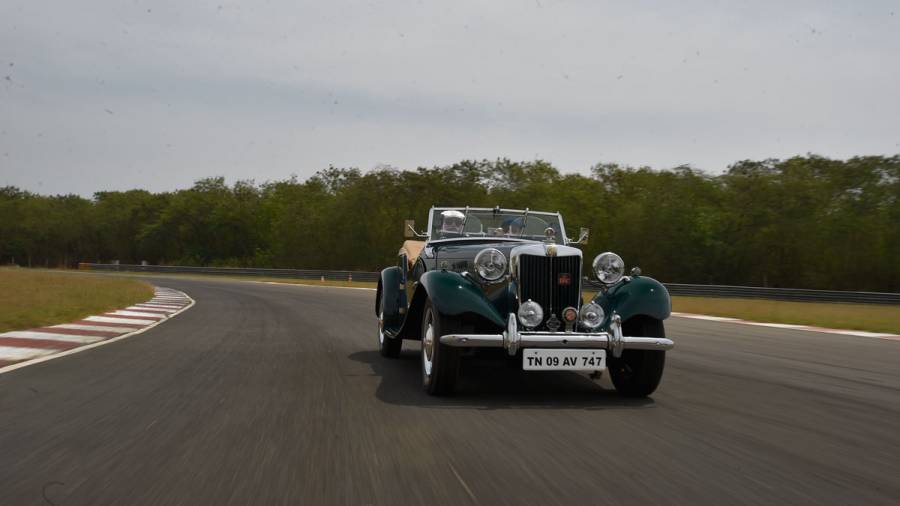 Ranjit, "A big thank you for letting me drive your superbly maintained cars, and sorry if I pushed your MG a bit too hard, just got carried away with the sheer elation of the engaging driving experience. And of course it's only because you keep your cars in such good shape, that I was able to drive them with such confidence and explore their performance capabilities". 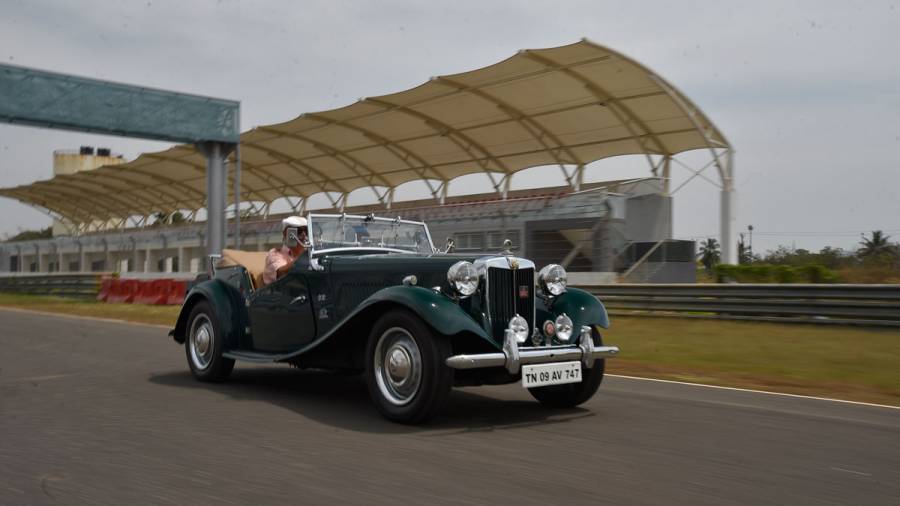 Driving a classic MG on a race track. Sweet dreams are made of this

While I drove around the race circuit in all the five cars brought by Ranjit, this MG-TD is the one I chose for a couple of "Hot Laps". It was my choice despite it being the oldest and least powerful. The fact that Ranjit has restored it beautifully and it runs like almost new was obviously a factor, but what sealed the deal is how involving and fun it is to drive. 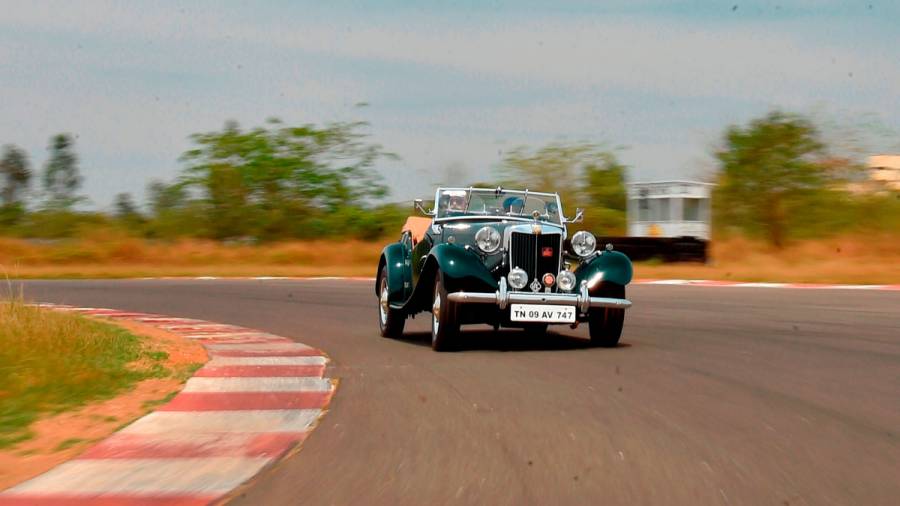 In fact I fell completely in love with this seductive and immensely satisfying car. It has no power steering, no power windows or central locking, no driving aids, no advanced electronics and not much power either. It's just the really nice mechanical feel and response that makes it so endearing. 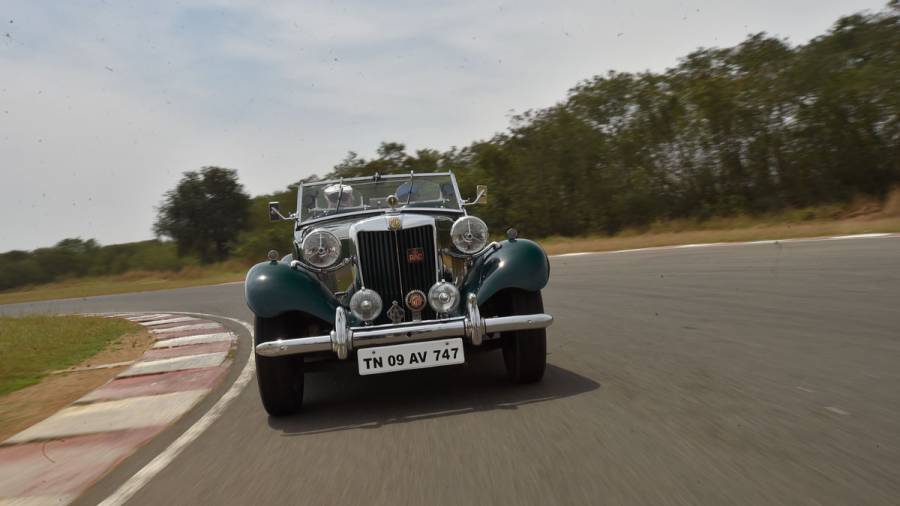 Exploring its limits was richly rewarding 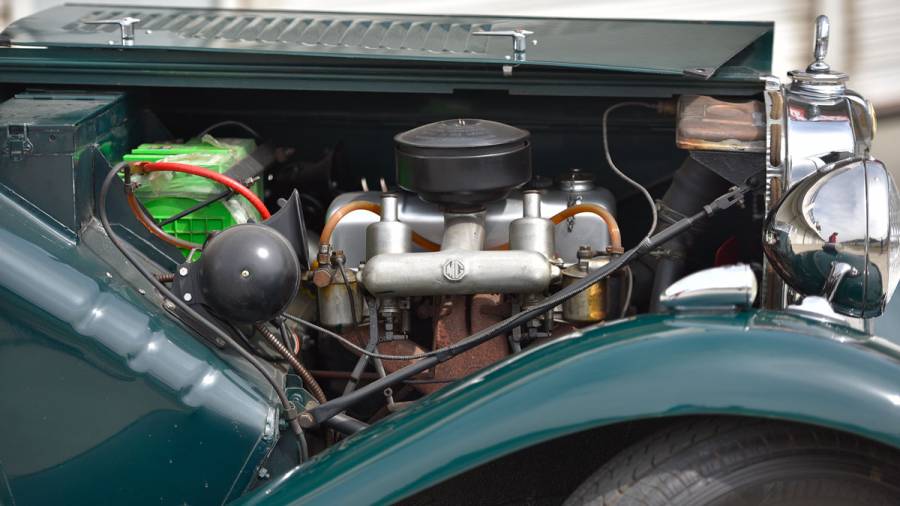 That may be a small engine, but it has a huge heart

The four-speed manual gearbox has short throws and though it slots in nicely, while quick shifting and driving hard, I double declutched and blipped the throttle between shifts, to ensure they happened smoothly and without any clashing of gears. Every shift was gratifying and whenever I touched the wooden gear knob, I could feel the movement of the shafts and gears. 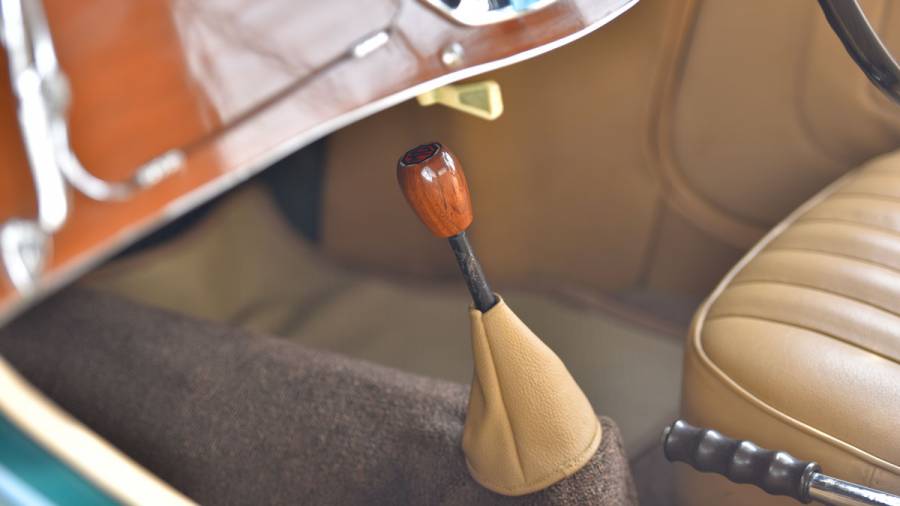 Yes, the MG-TDs steering, the pedals, and all the controls communicate with you like a trusted old friend. It's all so human. Some vibrations are reassuring, the harshness keeps you connected and the sound is all encompassing. 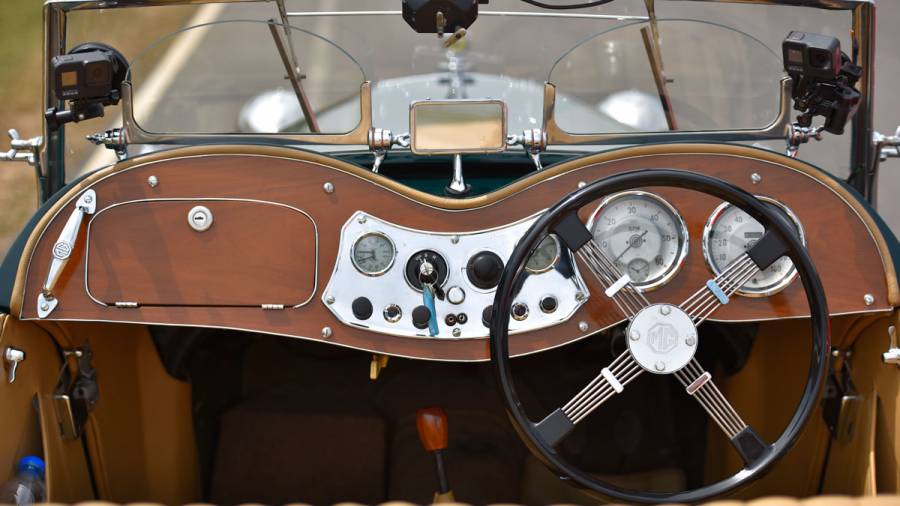 In comparison, modern day cars are so very disconnected. You hardly feel anything in them. You don't even need a key to start them anymore. So I actually enjoyed driving this old MG-TD much more than any new super car. 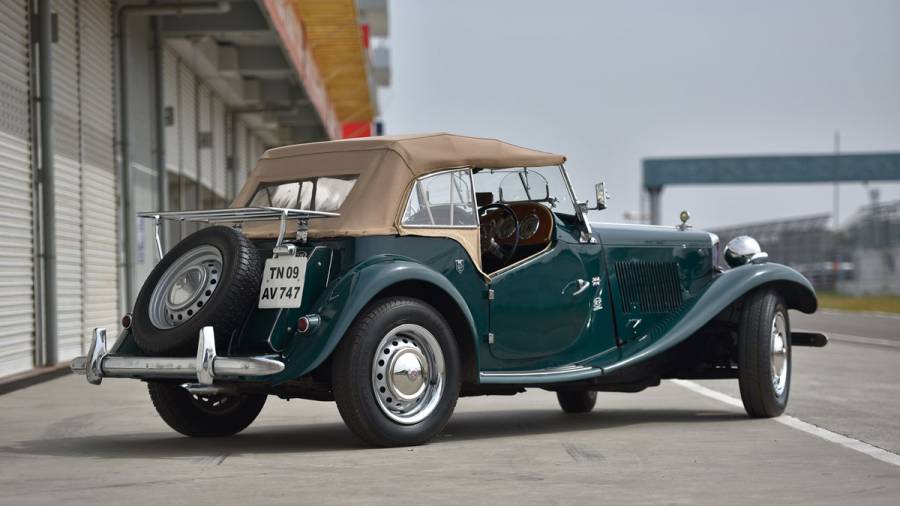 The MG-TD looks good from all directions, with the top up or down

I have always believed that speed and acceleration figures are not everything; and it's the feel and driving experience that are more important. This is where the MG-TD is a winner. It felt brilliant on the track and I thoroughly relished every moment behind its wheel. 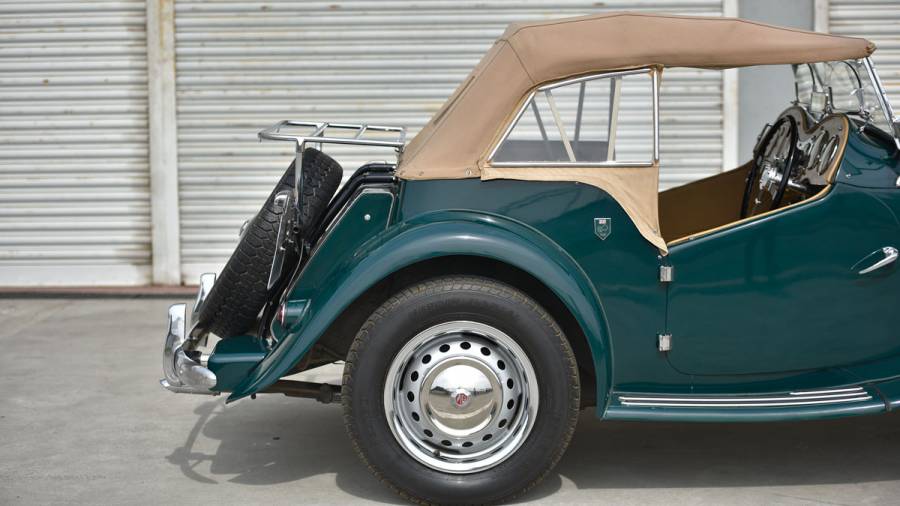 The design is simple, but so well done that it is timeless

The MG-TD was only produced for 3 years during which some 30,000 left the factory in England. Most made their way to the USA, where they gained quite a fan following. With its independent front suspension, hydraulic brakes, rack-and-pinion steering and four-speed manual gearbox, the MG-TD Roadster was fairly modern for its time, and the fact that it looked so good and did not cost too much, made it a hot-seller. 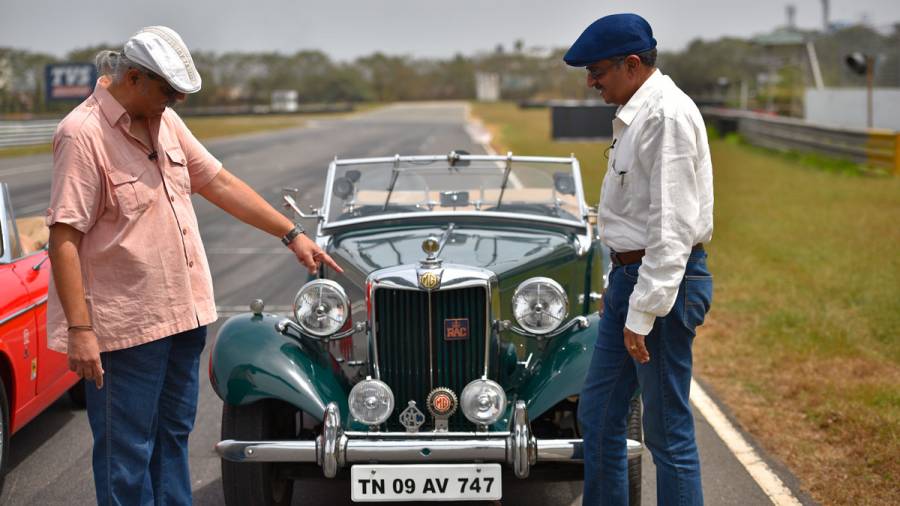 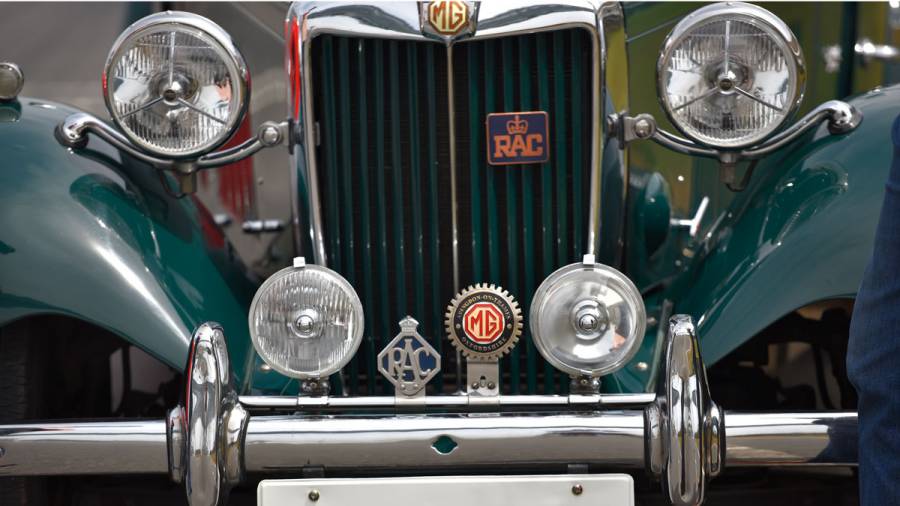 Like in the original, one light is a spread and the other clear glass one is a spot

Stay tuned for detailed driving impressions of the other cars we drove on the "Classic Track Day at the Madras Motor Race Track".