Driving Holidays are one of the best ways to get to know a country, and unearth or discover unknown things or places. Over the years I seen some amazing sights and since its Gudi Padwa, or the Marathi New Year, let me speak about a marvelous man-made wonder I witnessed in Maharashtra's Melghat Tiger Reserve. 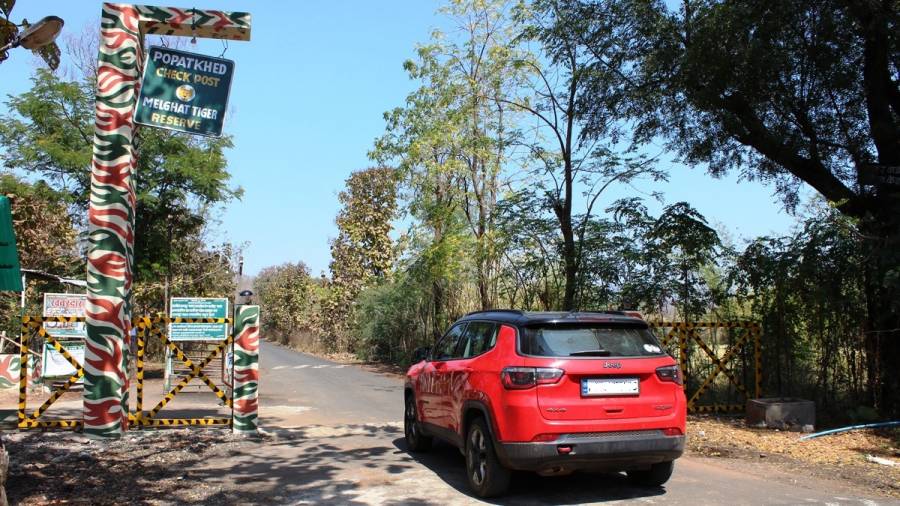 The jungles of Melghat are nature's gift to mankind

The Melghat Tiger Reserve is one of the most picturesque natural wonders and within its vast territory is located the man-made "Belkund Bridge", built in 1886. Even after 136 years, it stands tall and is fully functional, with many vehicles including heavy state transport buses, going over it every day. 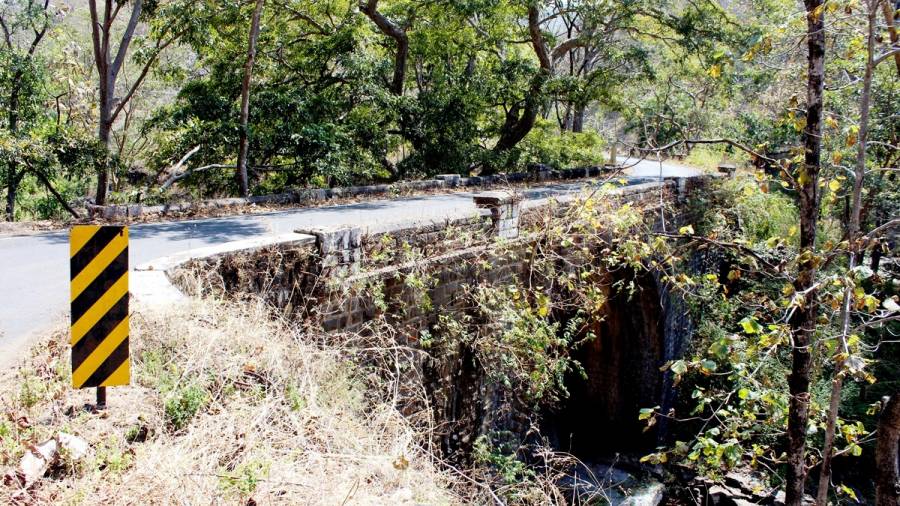 Even more impressive is the fact that this bridge built in 1886, has never required major repairs, other than the occasional resurfacing of the road. Yes, its entire foundation, stone structure, walls, and so on, are all original and in operation even today! There cannot be a greater testament to the sound engineering and quality of construction carried out 136 years back. 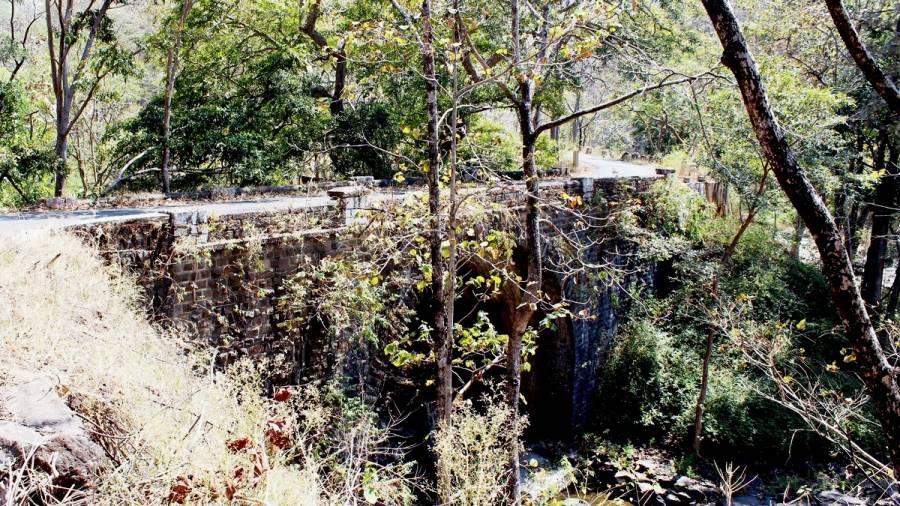 And despite being over a century old, its fully functional even today

Located in a densely forested region, this bridge over the Belkund Nala has a huge cobble stone arch and there is an iron plate on it saying the engineer of the bridge was R.W.Swinnerion, and the overseer or supervisor, one Babu Deonath Sanaj. Interestingly, R.W.Swinnerion was an AMICE, or Associate Member of The Institution of Civil Engineers (ICE), the world's first professional engineering body, founded in London in 1818. 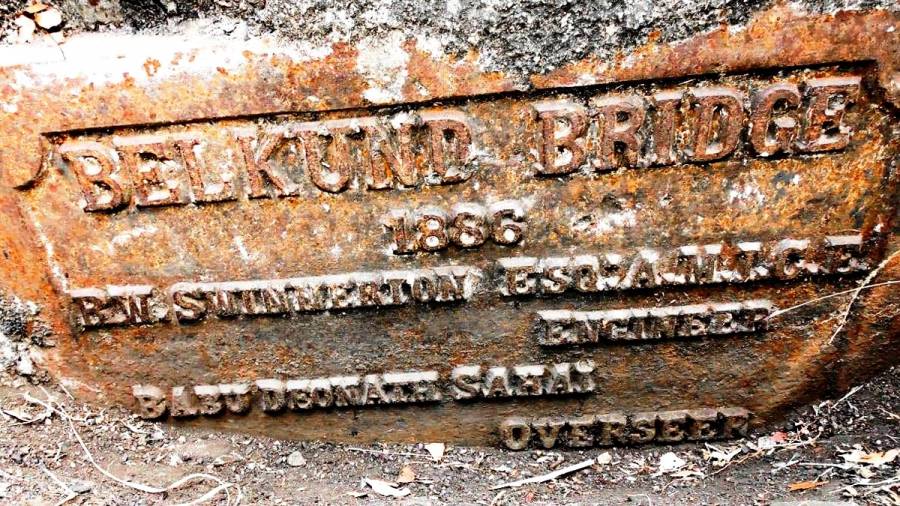 A neglected iron plate provides details of the engineer and supervisor

There is also another imbedded iron board with the name of the bridge, and year of construction. Sadly, both these historical plates are neglected and were covered with several inches of mud and dirt, due to which we spent lots of time trying to locate them. And it was only after clearing everything, that we were able to get these photographs. 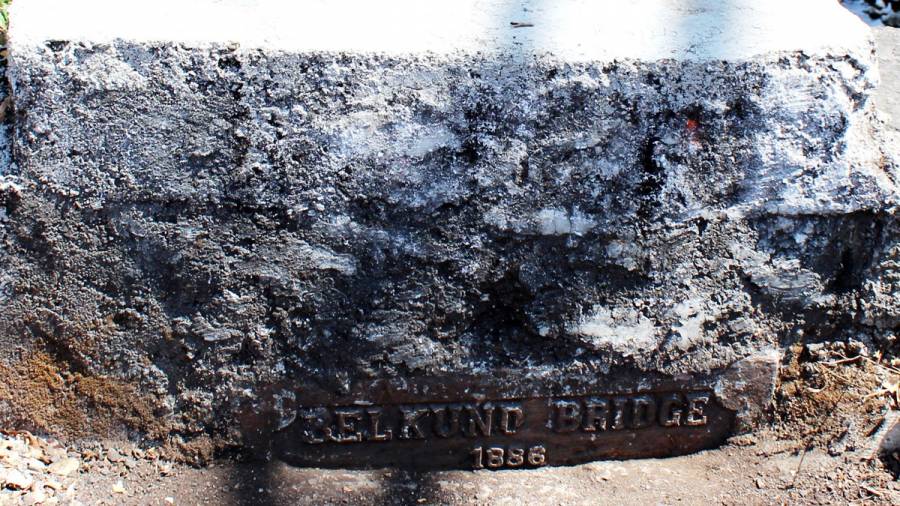 This plate was covered and concealed in dirt, and we had to clear it to take a photo

It's really reprehensible how much we disrespect our heritage and the fact that there are no markings, signboards or any such thing to tell travellers that this is an ancient bridge, is shameful to say the least. In any other country, this antique engineering marvel would have been promoted and protected as a heritage monument of tourist interest. 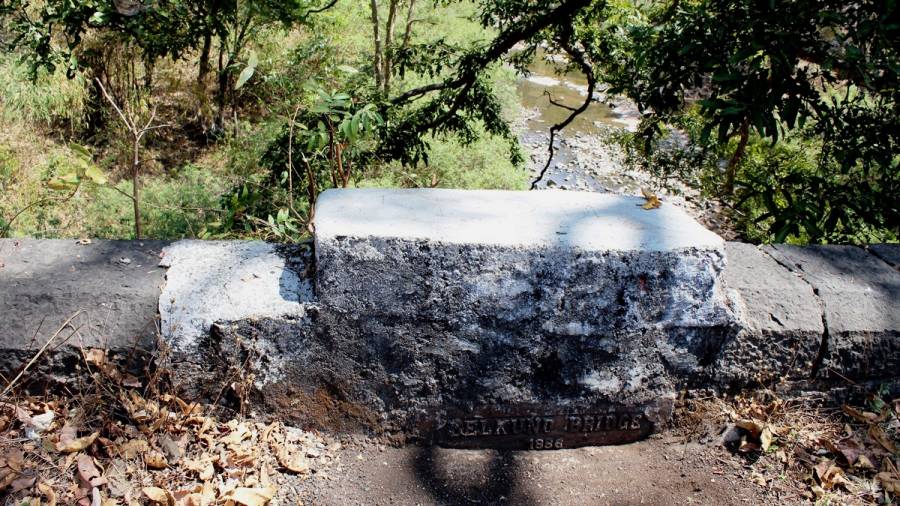 Ironically, I was also not aware and on a couple of earlier occasions have driven over the Belkund Bridge without ever realizing its significance. In fact I may never have known if it wasn't for two young and enterprising RFOs (Range Forest Officers), Suhas More and Hiralal Choudhari, who on my last visit to Melghat, educated me about the history of this bridge. 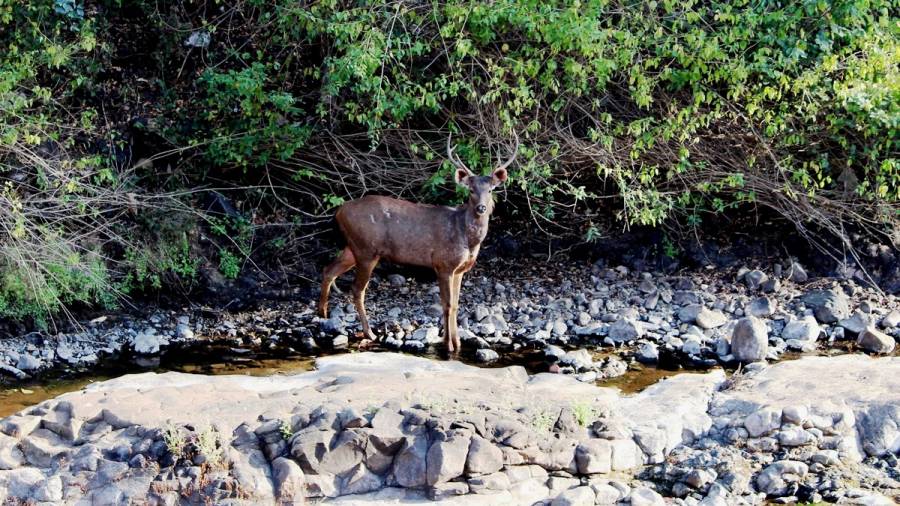 Sometimes wild animals are also seen in the nala or ravine

Being avid wildlife enthusiasts they also told me that a fish owl usually sits in one of the trees overlooking the bridge. While I was not able to spot the fish owl, I did see and photograph a sambar stag from the vintage "Bridge of Belkund".