Facelifted Mercedes-Benz CLS to be unveiled in June

The face lifted version of the Mercedes-Benz CLS sedan is likely to be unveiled by June and subsequently the launch will happen sometime around November, a German media report has revealed.

According to the report, the facelift will see subtle design changes to the exteriors, while the interiors will get an ample amount of chrome for a more modern look.

Outside, the front will figure a one-bar front grille and minor changes have been carried out to front and rear bumpers, side skirts, head and tail lights. The headlights will now come with Active Multibeam ILS LED technology which also features in the new S-Class. This new technology consists of a system which scans the road in front 100 times a second and alters the individual LEDs on the headlights to provide optimum lighting. 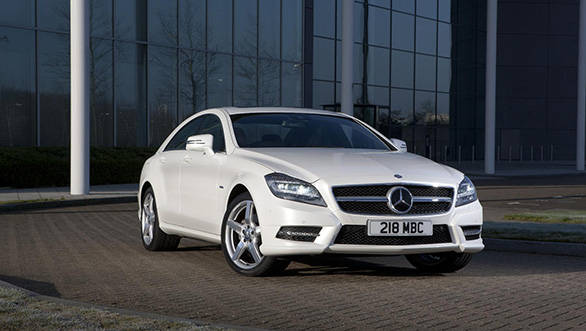 Inside, the major change comes in the form of a large iPad like screen which is most prominent on the dashboard and will likely come with the updated COMAND system having NTG 5.0 version. We're not sure if this is the Apple CarPlay. The steering wheel now can be used to perform multiple functions.

Engine options are not expected to change and will probably get the outgoing model's power plants. The engines are expected to come mated with the new 9-speed automatic box.