Arjun Maini will compete in the FIA Formula 2 Championship in 2018. The Indian racer, who took part in the GP3 Series in 2017, has signed on with the Italian Trident team for the upcoming season of the championship. 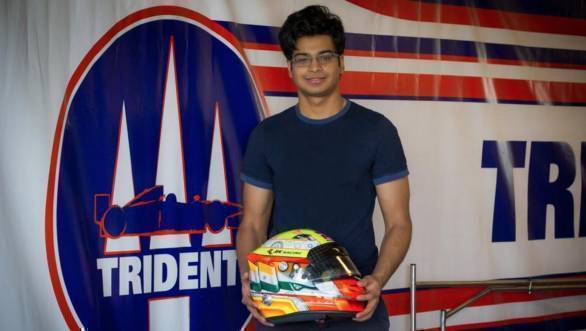 Maini has already taken part in an F2 test, finishing at the top of the timing sheets in two of the six sessions that he drove in.

Maini, who is also a development driver with the Haas F1 team, is now the first Indian driver to compete in this version of the F2 championship. The previous Indian racer in the championship was Karun Chandhok, who took part in the series when it was still known as GP2.

The 2017 GP3 Series saw a solid performance from Maini, who won a race at Barcelona, and also took a podium finish at the season-finale in Abu Dhabi.

"I'm very excited to be competing in the FIA Formula 2 Championship with Trident Motorsport. I felt we were quite competitive during the post-season test and given that the series is using all new cars for the coming season, I'm quite excited for the year ahead. Trident is a very strong team and I'm sure if we work hard we'll be in for some strong results during the course of the season," said Maini.

Maini will continue to work closely with the Haas F1 team, attending races and  taking part in the team's simulator programme. He will be watched closely by the team, according to team principal Guenther Steiner.