Seven-time Formula 1 driver's champion, Michael Schumacher, will be the subject of a new documentary film that is set to release in 2019. The feature-length film will have interviews from members of the Schumacher family, including wife - Corrina, son - Mick, and daughter - Gina-Maria, and also Schumacher's 73-year old father - Rolf. This will be combined with rare interviews and unseen archival footage, to tell the story of the most successful Formula 1 driver of all time. 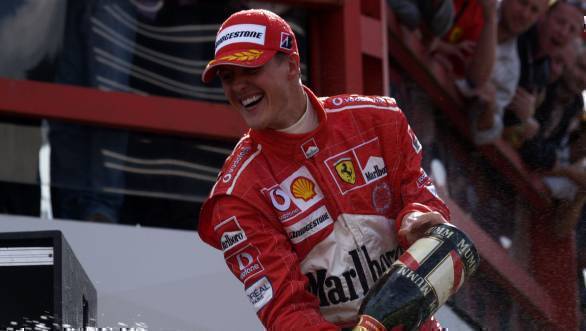 The movie, titled 'Schumacher', is being directed by Michael Wech and Hanns-Bruno Kammertöns, highly decorated German film-makers. The film's first official trailer is meant to debut at the ongoing Cannes International Film Festival. London-based Rocket Science is executive producing and handling international sales and distribution of the film.

This is the first official film about Schumacher, and has received the support and backing of his entire family. 2019 marks 25 years since his first Formula 1 world championship title, and in January this year, Schumacher turned 50.

This year also marks five full years since Schumacher was last seen in public. On the 29th of December, 2o13, Schumacher had an accident while skiing off piste, and was placed in a medically induced coma. Although he has since been reported to be out of a coma, very little is known about his condition since the accident, with the family maintaining complete secrecy about the German driver. On the occasion of his 50th birthday, however, they released a statement reassuring the world that Schumacher was "in the very best of hands".

Michael Magic: Celebrating the legend of Michael Schumacher as he turns 50

Schuperman return: Our wake up call to F1's living legend

Of December and destiny…