McLaren Racing has announced their decision to pull out of the season-opening Formula 1 Australian Grand Prix, after a team member has tested positive for the Coronavirus.

A statement issued by the team read: "McLaren Racing has confirmed this evening in Melbourne that it has withdrawn from the 2020 Formula 1 Australian Grand Prix, following the positive test of a team member for the coronavirus." 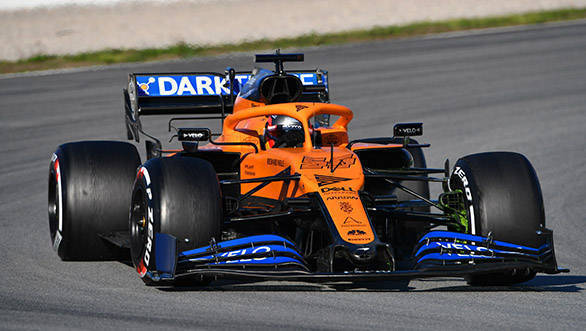 McLaren has withdrawn from the 2020 Australian Grand Prix

In the meanwhile, four members of the Haas F1 team who had self-quarantined, have received negative test results for the virus.

Formula 1 has been criticised for its decision to forge ahead with the season-opening race in Australia. Even reigning champion Lewis Hamilton indicated his surprise that the race was being held at all. "I am really very, very surprised that we're here," Hamilton said. "It seems like the rest of the world is reacting, probably a little bit late, yet Formula 1 continues to go on," he continued. Hamilton also said, "Cash is king," when asked if economic gains were being put ahead of human safety.

After McLaren's announcement, the FIA issued a statement that said, "Following the outcome of the test on a member of the McLaren team, we have been in close contact with them on their decision and have been coordinating with all the relevant authorities on the next steps. Our priority is the safety of the fans, the teams and all personnel at the race."

In the meanwhile, a number of doctors have called for a boycott of the Australian Grand Prix, given that large gatherings could almost certainly lead to a very rapid spread of the virus.