F1 has left the BIC, but will it return?

Year one, there were Formula 1 cars, Formula 1 drivers and personnel and Formula 1 fans galore at the Buddh International Circuit. Year two, the first two were still there, but the number of fans at the track had diminished considerably, down from the first year's 95,000 to 65,000. Year three, and the BIC seemed almost desolate between the Thursday and the Saturday ahead of the race. And while the ticket sales for the big race on Sunday reflect a total attendance of 60,000 people, including the crowd in the stands and the people holding paddock passes, something just wasn't the same. The contrast between India's first tryst with Formula 1 in 2011 and the race that has just been dispensed with is there for all to see. The enthusiasm has been replaced with resignation, the zest with tolerance, and the fervour with a mild interest. It almost appeared as though there was a feeling of impending doom among the hardcore motorsport fans gathered at the country's only state-of-the-art motorsport facility. This, because most are convinced that what they have just witnessed is the last ever Indian Grand Prix. They could well be right. 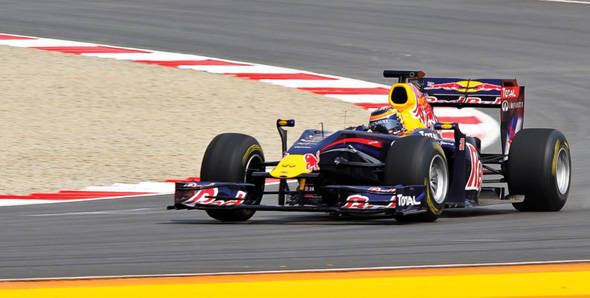 Red Bull at the BIC during the 2011 Formula 1 race

In a country where another famous sport takes precedence over any other sporting activity, there is little one can do to attract attention to Formula 1. The Indian government does not view it as a sport, but instead relegates F1 to the realm of entertainment. As far back as 2009, the sports ministry had declared "F1 is not purely sports. It is entertainment," going on to tag the venture a "commercial initiative". Three Indian Grands Prix later, their attitude hasn't changed. Not only did it take a privateer company - JPSI - to build the circuit and pay the licensing fee for Formula 1, support from the government was negligible if not non-existent. If it wasn't taxes that were being levied on the promoters of the sport, it was customs duties being imposed upon teams, or visa issues. It really did appear that every administrative spanner the government could throw in the Formula 1 works, it did. It didn't help the Indian F1 cause that while the teams were busy unpacking their equipment and setting up their cars at the track, there was a petition being filed in the Supreme Court to stop the 2013 race in lieu of non-payment of entertainment taxes for last year's race. Of course, the race did go ahead as planned, but the damage in terms of negative publicity in the international media was done. Nico, Sebastian and Romain at the podium in the 2013 Indian GP

India is a massive country, with a population statistic that needs no introduction. And of the populace, there is a percentage that is certainly very interested in Formula 1. However, even for the truly interested and enthusiastic, the thought of traveling to the boondocks for a race holds no allure at all. The distances and costs often outweigh the desire to witness the sport itself. "F1 is best watched on television," is the thought that seems to go through the heads of most fans. 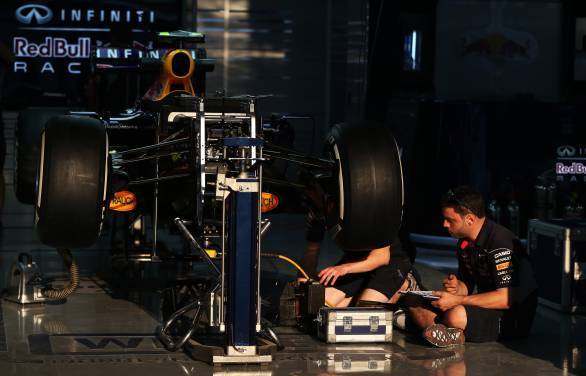 Formula 1 is taking a supposed hiatus from India in 2014. JPSI, however, has two more years of their five-year contract to host an F1 race in the country. And while Sameer Gaur has already declared that they'd want to host the F1 race in India again, he also indicated that they'd very much appreciate some amount of help from the government. Talking to the media earlier this year Gaur said "If F1 has to be in India on a long-term basis, the Government of India should own the event like it is their own event." Adding, "Yes, Jaypee has paid the license fee but the government can share the licence fee. There are many governments around the world that share the F1 license fee." But the chances of that happening are slim. In addition to that massive licence fee that JPSI pays Formula One Management, they also spend an astronomical figure of Rs 4 crore to just maintain the circuit itself annually, not to mention the various other licence fees and expenses that are involved in hosting the F1 circus. Will a privateer company that isn't making any money out of hosting an F1 race continue to see the value in doing so? They seem enthusiastic, as does India's former F1 driver Karun Chandhok. "There's a lot of work that needs to happen between now and April 2015, but I have to say I'm much more optimistic about the future," he declares. We, however, are skeptical.

Perhaps the simplest way to explain India and her brief stint with F1 is this - if you forget to water a plant, it dies. But how could Formula 1 ever hope to flourish in India, when it has barely managed to put down roots here.

Karun Chandhok, however, is a lot more optimistic about the future of F1 in India