Lewis Hamilton took the Mercedes team to a surprise victory at the 2019 Russian Grand Prix at Sochi. Hamilton led a Mercedes 1-2, with teammate Valtteri Bottas finishing second, while Ferrari's Charles Leclerc had to settle for third place. It was a strange outcome to a race that some thought was likely to go Ferrari's way. Indeed, the Scuderia had been ahead in terms of pace all weekend, with Leclerc claiming a fourth straight pole position. However, when the five red lights went out at Sochi, things went in a slightly different direction. Ferrari's somewhat confusing team orders led to something of an internal strife within the scarlet camp. And a Virtual Safety Car (VSC) period helped tip the scale in the favour of the Mercedes driver. 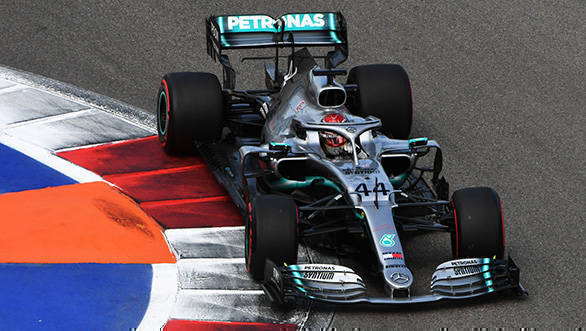 When the race started, pole-sitter, Leclerc, lost position to his teammate Sebastian Vettel. The move was pre-meditated, and meant to protect Vettel from the threat of the chasing Mercedes drivers. Vettel and Leclerc were meant to swap places soon after, allowed Leclerc back into the lead. However, Vettel managed to open up the gap at the front of the field, and requested that he be allowed to stay ahead, so that both him and Leclerc could escape the clutches of Hamilton. Over the team radio, Ferrari requested Vettel to swap places three times, which didn't happen - something slightly reminiscent of the "Multi 21" fiasco of the 2013 Malaysian Grand Prix. In the meanwhile, the team told Leclerc they would swap positions later on in the race. 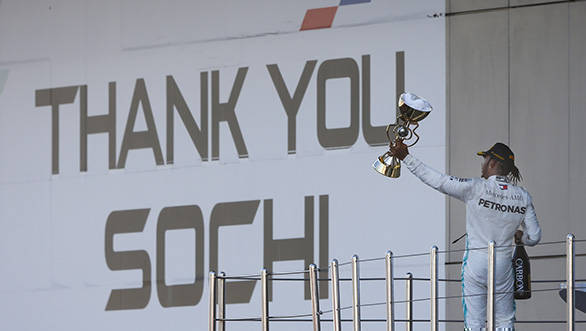 While Vettel managed to open up a gap of nearly five seconds over Leclerc, Ferrari decided to bring car No.16 in for a pitstop first. This meant that Leclerc was able to get back out on track ahead of Vettel. Four laps later, after Vettel complained of extreme tyre wear, Ferrari brought him in for a pitstop. He emerged onto the track over three seconds behind his teammate. Soon after, Vettel reported an issue with his MGU-K over the team radio and was told to stop the car. It was the end of his race. 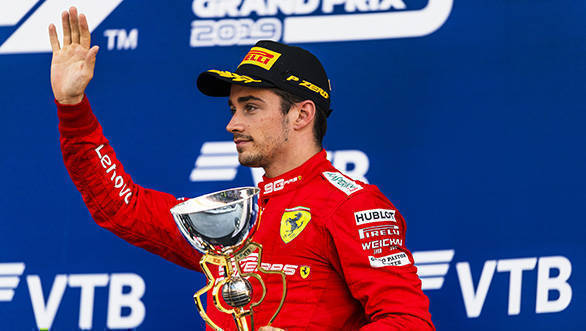 The Ferrari stranded on the race track resulted in a VSC, which was a spanner in the works for Leclerc. Hamilton, in the meanwhile, had stayed out all along, and only went into the pits under the VSC, which meant he was able to get the jump on Leclerc. In the meanwhile, the VSC turned into a proper Safety Car situation, when a brake issue on his Williams sent George Russell into the wall. Ferrari chose this time to bring Leclerc in for new soft tyres, which his Mercedes rivals were already running on.

When racing resumed, it gave Leclerc 21 laps to try and get past Valtteri Bottas in second. Even though he tried, he wasn't able to mount a serious threat, leaving the Finnish driver safely making his bid for the second-step of the podium, while Hamilton was pulling away in front. 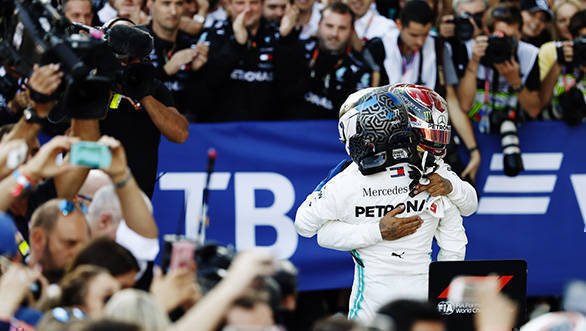 Hamilton ultimately took his ninth win of the 2019 season, which helped him extend his lead at the head of the championship standings. Behind him, Bottas took second, while Leclerc finished third. Hamilton now has 322 points in the drivers' championship standings, with Valtteri Bottas, with 249 points, in second place. Charles Leclerc, with 215 points, is currently third, although merely three points ahead of Red Bull Racing's Max Verstappen. 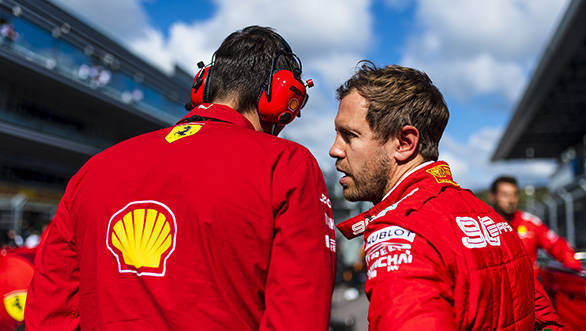 Sebastian Vettel's Sochi race was undone by an MGU-K failure

It was Verstappen who crossed the finish line fourth, after having to start the race ninth thanks to a grid penalty. His teammate Alexander Albon went from a pit lane start to a fifth place finish.

Carlos Sainz ended the race in sixth place for McLaren, one spot ahead of Racing Point's Sergio Perez. Lando Norris, in the second McLaren was bumped up to eighth place, after Haas' Kevin Magnussen received a time penalty for exceeding track limits, that left him ninth. Nico Hulkenberg took the final point of the weekend for Renault.