Sebastian Vettel will start his 200th grand prix, the 2018 Bahrain Grand Prix, from pole position. The German driver who has four world championship titles under his belt set a time of 1min 27.958sec to claim his 51st career pole after a close battle with Ferrari team-mate Kimi Raikkonen. The Finn had to settle for second place on the grid after having set a time that was just 0.143 seconds slower than Vettel's. 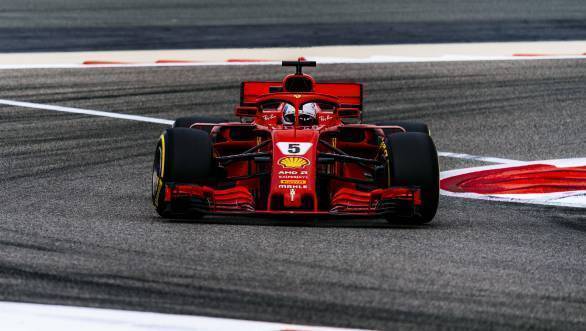 Third fastest was Mercedes driver Valtteri Bottas, who managed to set a time of 1min 28.124sec, while his team-mate Lewis Hamilton set a time of 1min 28.220sec, which was fourth fastest. However, the British driver has been handed a five-place grid penalty for an engine change and will only start the race from ninth position.

Daniel Ricciardo set the fifth fastest time, the lone Red Bull in Q3 after his team-mate Max Verstappen crashed out during Q1, albeit with a time that prevented him being knocked out in the first session. 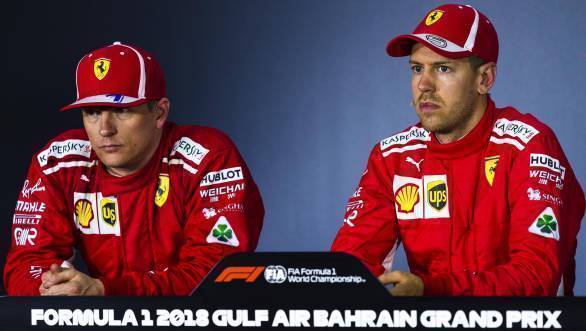 Toro Rosso's Pierre Gasly impressed with a time that was sixth fastest, and will start the Bahrain GP fifth on the grid thanks to Hamilton's penalty. Seventh fastest was Kevin Magnussen, with Renault's Nico Hulkenberg setting the eighth-fastest time and Force India's Esteban Ocon setting the ninth fastest time. Carlos Sainz Jr in the second Renault clocked the tenth-fastest time.

Brendon Hartley took the second Honda-powered Toro Rosso to a time that was eleventh fastest, while Sergio Perez's Force India set the 12th fastest time. It was a far from ideal performance in front of major sponsors for McLaren, with Fernando Alonso and Stoffel Vandoorne unable to do better than 13th and 14th fastest.