Lewis Hamilton moved one step closer to the 2018 Formula 1 championship title with victory at the Russian Grand Prix in Sochi. His win was not without controversy, though, given that the Mercedes team instructed Valtteri Bottas to swap positions with his team-mate during the middle of the race. This was soon after Hamilton had managed get clear of Ferrari's Sebastian Vettel, who had got the jump on him during the pitstops. 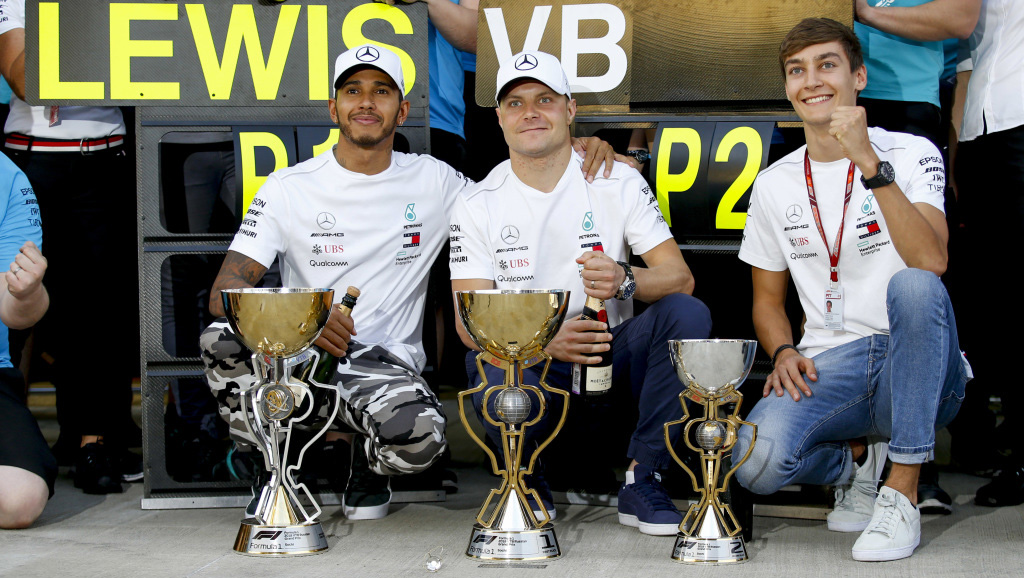 Hamilton and Bottas, along with F1 driver George Russell, with their trophies at Sochi

Bottas waved Hamilton through, allowing him into the lead, and also allowing him to collect 25 points in the process. It was Hamilton's fifth win in the last six races, which means he is now 50 points ahead of his title-rival in the championship standings. This also means that Hamilton could theoretically only finish second in all the remaining races of the season, and still win the title. 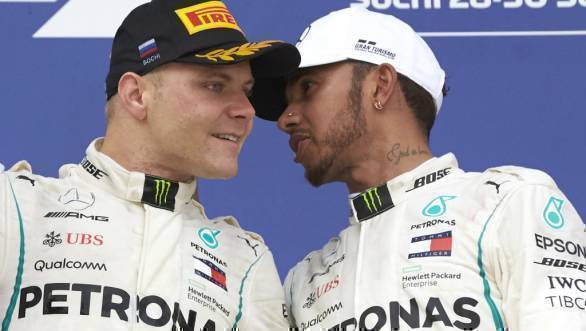 At the start of the race, it was pole-man Valtteri Bottas who took the lead, while Hamilton managed to fend off Vettel's attack for second place. During the initial stages of the race, the Mercedes drivers managed to carry on at the head of the pack, only having cause for worry during the pit window. Bottas pitted at the end of the 12th lap, with Vettel pitting on the 13th lap. Hamilton ended up being brought in at the end of the 14th lap, which meant that Vettel got the jump on him. 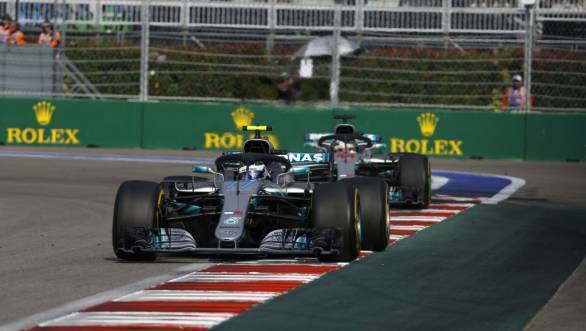 Before swapping positions - Bottas ahead of Hamilton at the Russian GP

Even while Hamilton managed to get past Vettel fairly quickly, and him and team-mate Bottas (ahead of him) managed to hold second and third on track. Ahead of them was Max Verstappen in the Red Bull. Verstappen, on soft tyres, wasn't planning to pit for a long while, which meant that the chances of Hamilton being caught by Vettel were, according to Mercedes, worrying. Then Hamilton reported that he had a blister on his front left tyre, and, after considering the matter, Mercedes' James Vowles told Bottas to let Hamilton through.

This put Hamilton in second place on the 25th lap of the race, and he remained there until, with 10 laps to go, Verstappen pitted for ultra soft tyres. It meant that Hamilton took home his third Russian GP win, with Bottas second. Unfortunately for Bottas, when asked during the latter stages of the race if him and Hamilton were likely to swap positions once again, he was told that it wouldn't happen. Ferrari's Vettel took third place, a blow to his championship hopes. His team-mate Kimi Raikkonen took fourth, while Verstappen settled for fifth.