Kimi Raikkonen took his first Formula 1 victory in five years at the US GP at the Circuit of the Americas in Austin, Texas. Raikkonen managed to go from second on the grid to winning the race, his first since the 2013 Australian Grand Prix. 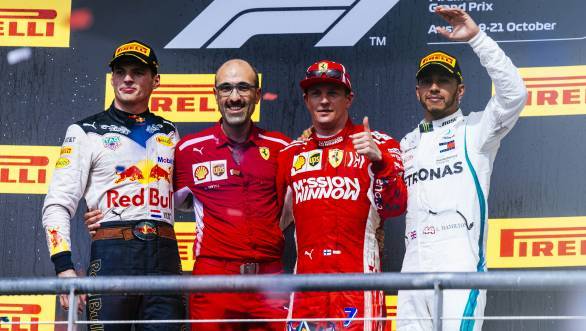 Second place in the race went to Max Verstappen, while Lewis Hamilton took third place. Sebastian Vettel ended the race fourth, which means that Hamilton will have to wait for at least one more race before sealing his fifth world championship title.

Raikkonen got off to a good start, managing to get the lead of the race after the first turn. And as he managed to run away at the head of the order, it was Hamilton who had to settle for second. Meanwhile, further down the order, Vettel, was trying to move up from fifth on the grid. However, when he was closing in on the Red Bull of Daniel Ricciardo, things went awry. Vettel and Ricciardo were alongside each other at Turn 12, and while Vettel tried to gain on the inside of Turn 13, he ended up grazing Ricciardo's front tyres, forcing him into a spin. He then rejoined in 15th, and had his work cut out for him, as he began to climb through the order. 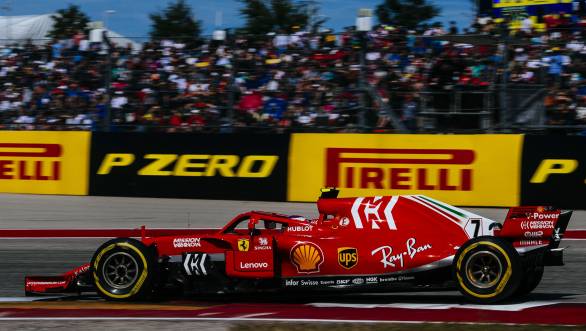 Up ahead, Hamilton in the Mercedes was closing in on Raikkonen in the leading Ferrari.

Ricciardo, who seemed like he might actually be able to make it to the podium at COTA, ended his race with a power unit failure on the eleventh lap. The Red Bull Racing team would later say that this was identical to the power unit failure that he suffered at the Bahrain.

A Safety Car situation ensued to clear the stricken Red Bull, which meant that Hamilton was able to close in on Raikkonen. While Raikkonen continued out on track, Hamilton dove into the pits and switched to Soft tyres, coming back out on track in third place. He managed to take the challenge to Raikkonen, however, the Ferrari driver resisted, only ultimately relinquishing his lead of the race when he pitted at the end of the 21st lap.

Hamilton was running seventeen seconds ahead of the rest of the drivers, after Raikkonen pitted. And while it seemed like he might be able to avoid pitting once again, the tyres he was on began to blister, which meant that Raikkonen was soon able to gain on him. There was less than 10 seconds between the two, before Hamilton had to go into the pits for another set of Softs, while Raikkonen moved into the lead. Verstappen and Bottas were second and third at this point. When Hamilton emerged from the pits, Bottas let him by, while Raikkonen was trying to deal with traffic that he came upon as race leader. 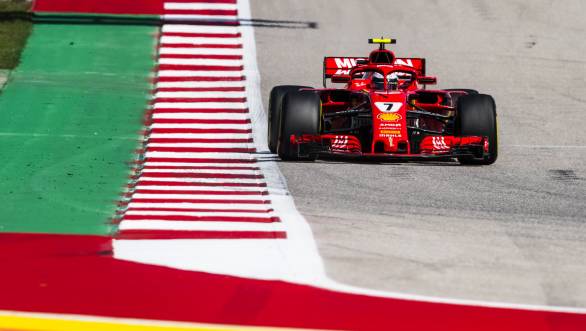 While Raikkonen was making the most of the last seven laps, having clear instructions from Ferrari to give it his all, Hamilton and Verstappen were locked in a battle. However, after a close dice, Hamilton ran wide, and Verstappen was able to retain his second place.

It ended up being Raikkonen's first win in over five years, and his first ever win at the COTA. Verstappen ended the race second, and Hamilton took third place.

Given that Vettel managed to overhaul Bottas in the closing stages of the race, it means that the title battle will now continue on to the Mexican GP, with 70 points between the two drivers.