It was the season's fourth win for Sebastian Vettel at the 2017 Hungarian GP. The German, who currently leads the drivers' championship standings by 14 points, had an issue with his Ferrari SFH70 early on in the race, but was able to make the best of the situation and hold on to win the last grand prix before F1's summer break. Second place, went to his Ferrari team-mate Kimi Raikkonen, who did have the pace to attack for the win, but was instructed by the team to hold back and maintain second place behind Vettel. Third place went to Mercedes AMG F1's Valtteri Bottas. 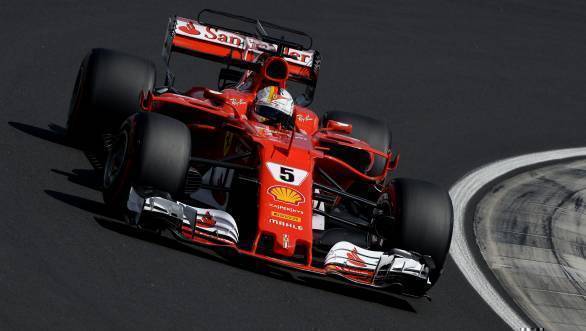 The start of the Hungarian GP saw Vettel managing to slot into first spot, from pole, racking up a three-second lead over the chasing pack headed by his team-mate Raikkonen. However, given the handling issue that developed on his Ferrari, the gap between the two drivers began to decrease, and Raikkonen was within one second of of Vettel after the pit stops. But the Finnish driver was given orders to stay behind Vettel, protecting him from the imminent threat of the two Mercedes drivers. 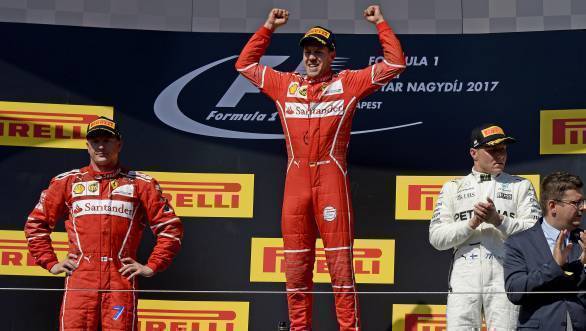 Hamilton, who didn't have the ideal start, managed to move into fourth position, behind his team-mate Bottas. He felt that he had the pace to challenge the Ferraris, because of which he asked that Mercedes allow him to move past Bottas. Hammy also said that he would give the position back to Bottas, if he didn't manage to pass Raikkonen. 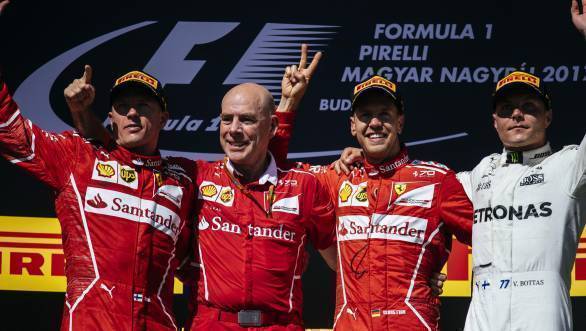 While Hamilton managed to get close to Raikkonen, the Finn decided to go faster, unhappy with the fact that Ferrari, in trying to protect Vettel, had scuppered his own race strategy. But Hamilton didn't manage to get close enough to Raikkonen to make an overtaking move. Vettel, thus, managed to run away in front and take victory. Second place went to a very unhappy looking Kimi Raikkonen. While Valtteri Bottas was allowed back into third place, as Hamilton crossed the line fourth.

Fifth place in the race went to Max Verstappen, who had managed to make himself rather unpopular within the Red Bull team, after colliding with his team-mate Daniel Ricciardo at Turn 2. The incident cause Ricciardo to retire, while Verstappen was handed a 10 second penalty.

It was a terrific race for McLaren - given the sort of situation that the team find themselves in. Fernando Alonso took the team's best result of the season, claiming a sixth-place finish. Meanwhile, team-mate Stoffel Vandoorne took tenth place, claiming his first point of the year. This means that McLaren has now moved past Sauber in the constructors' championship.

Paul di Resta, who replaced an unwell Felipe Massa at Williams, impressed with the sort of drive he managed. Unfortunately though, di Resta had to retire from the race with 10 laps to go, when a problem was diagnosed on his Williams.