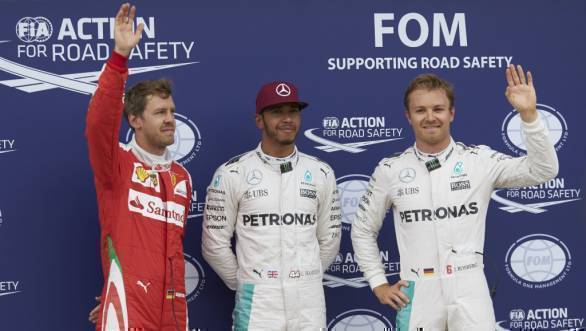 Williams drivers Valtteri Bottas and Felipe Massa were seventh and eighth fastest. Nico Hulkenberg took Force India to a ninth spot in Q3, while Fernando Alonso managed to make it to tenth spot for McLaren.