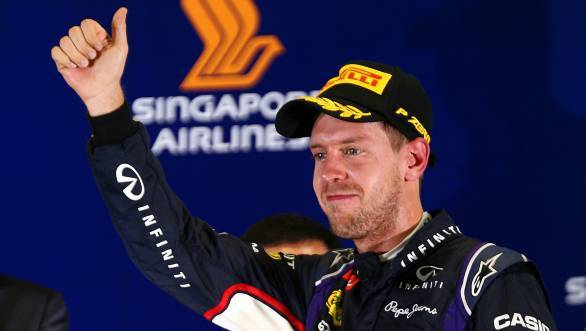 Rumours currently link Vettel to the Ferrari team where he is likely to replace Fernando Alonso. And while it was initially believed that Alonso would take Vettel's place at Red Bull, that isn't the case.

"The Red Bull Junior Programme has developed some proven talents in recent times, including Sebastian Vettel and Daniel Ricciardo, who has excelled in the RB10 and become a three-time Formula One race winner in his first season with the team. We're pleased to announce that Daniel will be joined in the team for 2015 by another rising star from the Junior Programme, Daniil Kvyat," the statement continued.

The departure of Kvyat from Toro Rosso means that the team will have a vacant spot that they need to fill, with young Max Verstappen requiring a team-mate for the 2015 season. Clearly F1's silly season is far from over, and Vettel and Alonso hold the answers to the top driver line ups for 2015.