Lewis Hamilton took a fine victory at the 2014 Chinese Grand Prix, leading the race from pole position. It was the Briton's third win at Shanghai, and also his third consecutive Formula 1 victory in the 2014 season. The hattrick is the first in Hamilton's career as a Formula 1 driver and has helped him close in on his team-mate Nico Rosberg who is currently at the head of the driver's championship standings. Given that Rosberg won the season-opening race at Australia, with Hamilton winning the subsequent three races, it means that Mercedes has won every single race of the 2014 season so far, a clear indicator of how the title race is headed this year. 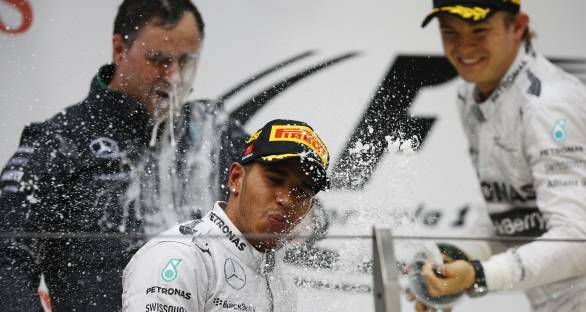 When the five red lights went out at Shanghai, it was Hamilton who got a clear run into the first corner, his lead never really being threatened. The battles and scraps were all behind him through the run into turn 1. Daniel Ricciardo and Sebastian Vettel who had started second and third on the grid were scrapping for position, with Vettel coming off better. Fernando Alonso charged through the pack into second place, knocking Nico Rosberg out of the way a little. Rosberg, who started fourth on the grid had a slow getaway, clashing with Valtteri Bottas and then ending up in seventh. Clawing his way back to second place would prove to be a challenge for the championship leader.

Vettel, meanwhile, managed to run third for a good part of the race. However he wasn't the faster of the two Red Bulls. Team boss Christian Horner came on the radio at one point to inform the four-time world champion that his team-mate Ricciardo was faster than him, and Vettel, after some reluctance, ceded position to the Australian. Ricciardo wasn't able to challenge for a podium finish though, with Alonso taking Ferrari's first rostrum of the 2014 season. Ahead of him was Nico Rosberg, who finished second to his team-mate.

Behind the Red Bulls, it was Nico Hulkenberg taking sixth place for Force India, with Williams driver Bottas seventh, Kimi Raikkonen eighth in the second of the Ferraris, while Sergio Perez and Daniil Kvyat rounded off the top 10.

Hamilton now trails team-mate Rosberg by four points in the drivers championship, with 75 points. Fernando Alonso, with 41 points is second, while Nico Hulkenberg with 36 points leads Sebastian Vettel by three points in the championship standings. 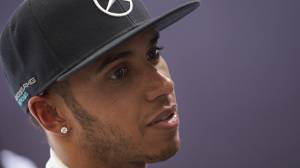 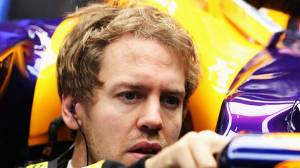 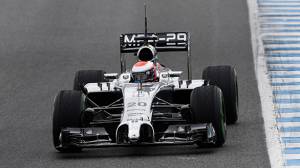