Similar to the dreadful air-pollution problems that the Indian capital is facing, China too has issued a red alert post the extreme smog conditions experienced in Beijing on December 07, 2015 which has affected over 22 million people. The schools in the affected and neighboring areas were shut down and the traffic movement was halted. This was followed after a PM 2.5 smog was recorded with 400 micrograms per cubic meters; 40 times the actual value recommended by World Health Organization.

There was a temporary restriction on the use of vehicles to curb the harmful effects of smog. However, this has shifted the buying trend of the local residents as seen from the rise in enquiries of electric vehicles. The sales too have benefited from this decision. Car makers like Tesla and Beijing Automotive Group's [BEJINS.UL] electric auto subsidiary have already reported an increase in sales. In addition, China will push EV sales to 240,000 units this year making it the largest EV market in the world. The infrastructure around the sale of electric vehicles is also been updated with an increase in the number of charging points. Also, the government is pro active in giving a subsidy of 100,000 yuan ($15,560) on the purchase of a new electric model.

This can very much be a lesson for the Indian government who are trying to work on a quick-fix to stop air pollution in Delhi. Instead of trying to impose a restriction on diesel car registration as well as restricting their usage on even-odd days, there needs to be a full proof alternate solution to the problem. A higher subsidy award and greater benefits for electric and hybrid car customers can surely be encouraging. Let us know your views in the comments section.

Are diesel SUVs the real cause of pollution... 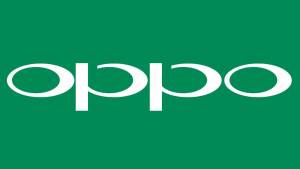