Exclusive: Scout to be the most affordable Indian on sale in India by November 2014

As we noted in our story when Indian Motorcycles launched their new Scout motorcycle at Sturgis on August 2, the Indian operation is working towards launching the new bike in India. The plan to have the Scout on sale here before 2014 is out, with the bike likely to show up in Indian showrooms by November. It might seem odd to say Indian showrooms when the company has just the one showroom right now in Gurgaon, but the company is moving forward on that front too. 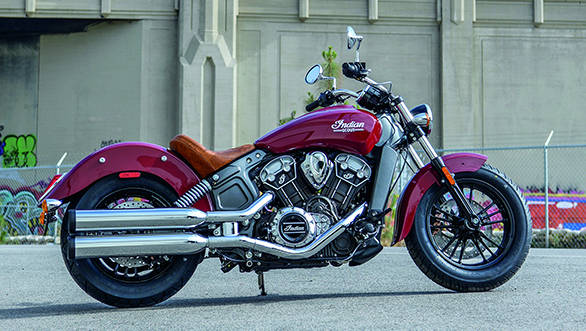 We believe the company is aggressively pursuing dealer expansion and will have as many as five dealers open by the end of 2014 or early 2015 with all of these dealers selling the Scout in addition to the Chief lineup right when they open. We further believe that the focus on Indian is so strong that the company will not focus on Victory, Polaris' other motorcycle brand in the immediate future while it consolidates the nascent Indian operation.

The company says the response to the Chief has been warm and the customers appreciate the difference in feel, stance and history from Harley-Davidson which dominates the Indian big motorcycle space quite naturally. With the Scout, Indian Motorcycles will have a line-up of distinctly non-traditional, high performance American cruisers which is a persuasuve position.

The US Scout prices start at the equivalent of Rs 6.7 lakh and this, after we add our import duties (roughly 120 per cent for fully built motorcycles) should turn the Scout into a Rs 15-17 lakh motorcycle. We expect Polaris to be really aggressive with the pricing and having the Scout priced so that the ex-showroom prices top out at Rs 15 lakh would be very interesting.

We do believe the Indian market is still so small and growing so fast that the question of the Indian Scout competing with some or all Harley models isn't a major issue right now. Every new product will simply draw more people in and everyone, in the short run, will benefit from the competition.

On the other hand, the Scout, at 100PS at 8,100rpm, 97.7Nm at 5,900rpm and a relatively light 253kg (wet weight) promises to have quite a turn of pace and the specs also suggest reasonably good ground clearance as well as cornering clearance. Which means you might just be looking at a cruiser that's as happy profiling down the street with all the malls as it is buzzing the ends off its footpegs leaned hard over into a corner on a mountain road far away.

How did we come to know all this? We got no comment from the company - which says it is too early to discuss these plans. So we did the next best thing - we did some scouting.

More from OVERDRIVE on Indian Motorcycles: