Lexus LS 500h to be launched in India on January 15

Lexus is on a roll! After beginning it's Indian innings earlier this year and ending the year on a high with the launch of the NX crossover, the Japanese luxury brand will begin 2018 by introducing its limousine flagship in India - the LS 500h. To be precise, the Lexus LS 500h will be launched in India on January 15, 2018. A natural rival to the likes of the S-Class, 7 Series, A8 L and the XJ L, the LS 500h headed to India is just as radical as you would expect a modern day Lexus to be. The new Lexus LS made its first public appearance at the 2017 Detroit Motor Show and the 5.2m long limo wowed the audience with its sporty appearance that broke away from the relatively subtler form of the previous model. 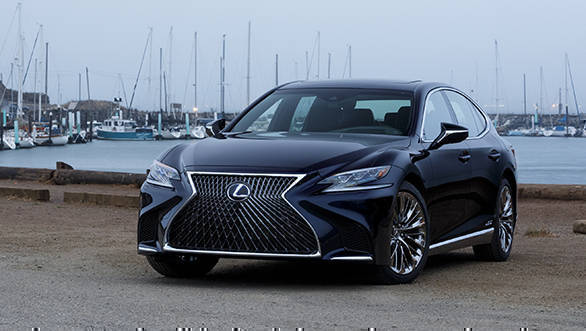 Like most Lexus models on sale in India, the LS too will contribute to the carmaker's commitment towards a greener portfolio and therefore the model that will make its way to India via the CBU route, will be the 500h. The LS hybrid employs a 3.5l V6 petrol mated to two electric motors for a combined system output of 355PS. An eCVT transmission feeds the power either to a rear-wheel drive system or Lexus' new-age E Four electric all-wheel-drive system. We expect the latter to come to India to give the LE 500h an edge over the competition. Unlike some other luxury segments in India, where Lexus enjoys the exclusivity of a hybrid drivetrain, the LS 500h will face rivalling hybrid technologies from the upcoming 2018 Mercedes-Benz S-Class and the all-new Audi A8 L, both of which are expected to have some level of hybridisation for all their powertrains. 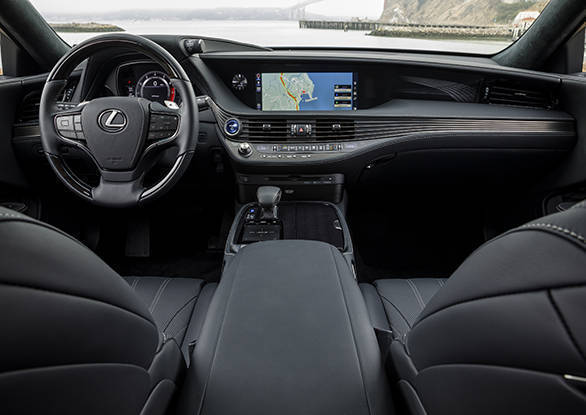 Lexus hints that apart from the design, space and hybrid powertrain, another big draw for the Lexus LS 500h will be it's driving dynamics which aim to make it a sporty offering in the super-luxury space. Should the 7 Series be worried? We will find out soon. But the CBU (import) route could make the LS 500h a pricey proposition compared to its locally assembled rivals. 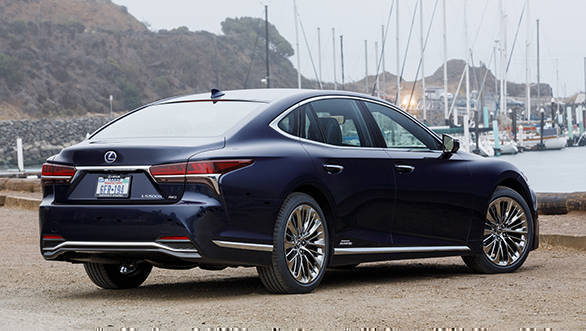 Lexus has also announced that it will not participate in the Indian Auto Expo 2018, which is a dampener for those wanting to catch a glimpse of the Lexus model range - especially given Lexus' limited presence in the Indian market. But as always, we will virtually get you up close with the LS 500h from the launch floor, so be sure to tune in to Overdrive and it's social media channels on January 15. 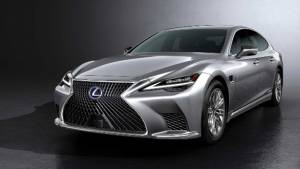 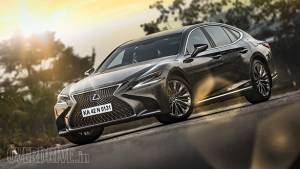