Mahindra & Mahindra has reduced the ground displacement of the XUV 5OO by 40 mm to wriggle out of the central government's definition of an SUV. As a result, the price of the new XUV would get slashed by Rs 33,000.

In the 2013 Union Budget, the  Centre levied 30% excise duties on the SUVs, which are, as per the government's definition, all four-wheelers that are more than 4 metres long, with engine capacities of over 1.5-litre, and have a ground clearance of 170mm and above.

So in a move to avoid the heavy duty tax, Mahindra has trimmed the XUV 5OO's 200mm clearance to 160mm. This has brought the XUV in the sub-170mm category, placing it in the 27% excise duty bracket.

The XUV 5OO now has a lower ground clearance

For protection from the lower ground clearance, the new XUV 5OO will be fitted with a stone guard -- a protective sheet under the body. The stone guard will  protect the belly of the XUV in difficult terrain.

The XUVs with the lower ground clearance have been dispatched to the Mahindra dealers and are expected to go on sale by this weekend. Mahindra expects to see an improvement of at least 10-15% in XUV sales. Price of the lower variant, W6, has gone down by Rs 27,000, while top-end variant W8 gets cheaper by Rs 33,000.

"Monthly sales of the XUV 5OO nearly halved to 2,000 units from March and I will be happy if the price revision leads to a 15-20 per cent increase in numbers," said Pawan Goenka, M&M's President. 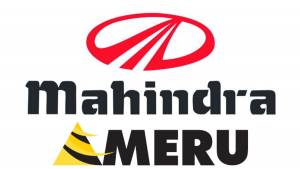 Mahindra Electric to be consolidated into...
Advertisement