Electric auto rickshaws to now ply in Colorado, US

Dutch auto rickshaw (or 'tuk tuk') manufacturers, The Tuk Tuk Factory, have signed an agreement with American company, eTuk, to sell electric rickshaws in Denver, Colorado. They hope that America will join the likes of India and Thailand, as lovers of the little three-wheeled runabouts. They have already started selling electric autos for both private and commercial purposes and are mainly targetting last-mile public transport services. eTuk is hoping that the 'cooler' looking autos or Tuk Tuks will catch on as a trendy way to get around the city. 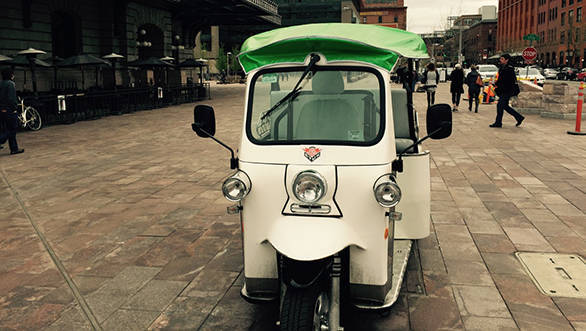 While eTuk were able to get clearance from the Colorado Public Utilities Commission to sell their autos, they are facing some issues in other American states. As expected, most of the problems revolve around safety, though interestingly, as per the US Department of Transportation, they also fall under three-wheeled motorcycle regulations. This would mean that drivers would have to wear eye protection and get a motorcycle licence. Also, any passenger below the age of 18 would have to wear a helmet. This means that passengers would need to carry a helmet or the driver would have to make them available. 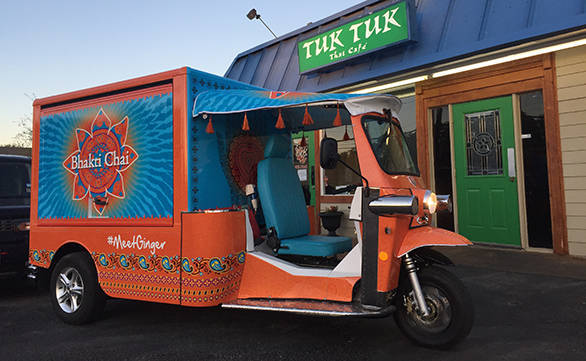 That's not going to increase the popularity of the concept. But eTuk are hoping for some leniency on the matter considering that the Tuk Tuks are enclosed and don't go very fast  40 kmph tops. While this matters little to the Indian market, the autos that eTuk make are quite interesting. They are based more on the lines of the public transport from Thailand and not the bland black and yellow numbers you find on our streets. They're instead colourful and full of flair - that's bound to be a hit with the hipster crowd.