The 2019 Kawasaki Versys 1000 SE LT+ comes equipped with  electronic throttle valves which in turn offers ride-by-wire tech. The tourer now gets a six-axis IMU. Further, Kawasaki is offering semi-active Showa suspension that was earlier seen on the ZX-10R SE. These electronically adjustable suspension gets four riding modes to choose from that includes Rain, Road, Sport and Individual. The suspension makes use of the info from the ECU that works in tandem with the IMU. 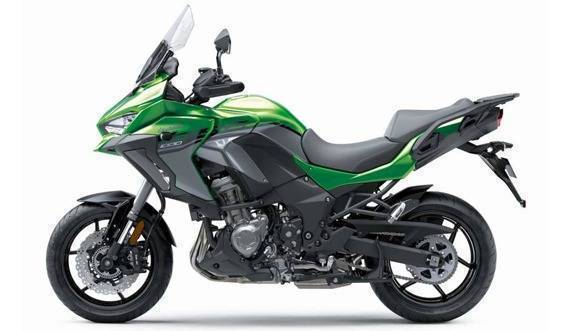 Then there is the lean-angle sensing ABS offered as standard along with  Kawasaki Cornering Management System that helps the motorcycle maintain its position while leaning into a corner. Kawasaki is also offering electronic cruise control as standard on the new Versys that disengages as soon as the TCS senses a sudden intervention. In terms of design, the 2019 Kawasaki Versys 1000 SE LT gets a taller windscreen that overcomes the hurdles of the previous unit which created turbulence in the saddle at higher speeds. The new taller windscreen has a vent to channelise to air flow and also to reduce the back pressure. This one though still gets manual adjustment unlike the electronically adjustable unit seen on some of the motorcycles like the Triumph Tiger. Kawasaki has also updated the instrumentation with an analogue tacho and a full-colour TFT display that looks similar to the one offered on the Kawasaki H2 SX SE. Also, there is smartphone connectivity. Using Kawasaki's app one can get access to the present electronic settings, GPS and also customises the display of the instrumentation. 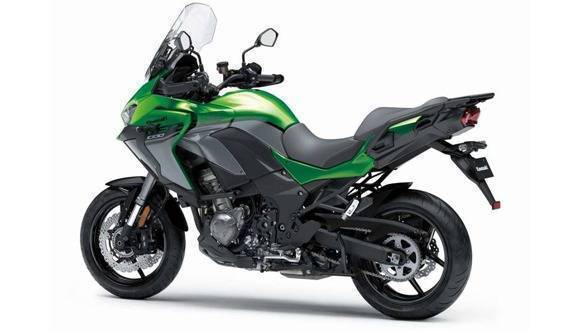 The 1,043cc engine of the Kawasaki Versys 1000 remains unchanged in terms of power and torque figures. The frame and the overall ergonomics of the sports tourer have been carried over from the previous-gen offering. We believe Kawasaki India will launch the 2019 Kawasaki Versys 1000 SE LT+ sometime next year. Internationally, it is priced $17,999 that makes it approximately Rs 13.02 lakh (excluding duty and taxes)

EICMA 2018: All the news and happenings from Milan at EICMA