Japanese superbike manufacturer Yamaha has teamed up with Abarth to showcase a limited edition XSR900 Abarth at the EICMA 2016. This is not the first time as both the brands have collaborated for the Abarth Assetto FZ1 in 2008. The Yamaha XSR900 Abarth takes its design inspiration from the cafe racers of the '60s and is based on the regular FZ-09. The Yamaha XSR900 features a half-faired carbon fairing, carbon rear-seat cowl, a low-slung handlebar and an Akrapovic titanium exhaust. All of which will be offered as standard equipment. The retro styling of the XSR900 Abarth makes it one of the most unique models in Yamaha's Heritage Sports line-up. The XSR900 Abarth will be offered with a special suede gray paint with red speed blocks as well as Abarth branding.

Powering the Yamaha XSR900 Abarth is the same motor that is seen in the Yamaha MT-09. The 3-cylinder 850cc Crossplane motor makes 115PS of power. The feature list of this cafe racer includes traction control, ABS and slipper clutch. 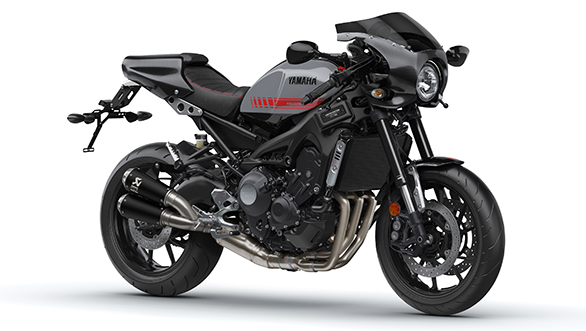 Yamaha has still not revealed the pricing of the XSR900 Abarth. However, only 695 units will be available once launched in 2017 in two phases. In January 2017, Yamaha will roll out 95 motorcycles and the customers can be a part of a VIP Abarth experience wherein they will get to drive the Abarth range of cars on a racetrack. The remaining 600 units of the XSR900 Abarth will go on sale from April 2017. Yamaha also stated that interested customers have to fill in an application on the company's website to get their hands on one of these limited motorcycles.