Moto Guzzi introduced third-generation of its V7 range of motorcycles at EICMA 2016. Now called the V7 III, the family comes with four models - Special, Stone, Racer and Anniversario. The latter commemorates the 50th anniversary of the V7 line-up and will be limited to only 750 units. 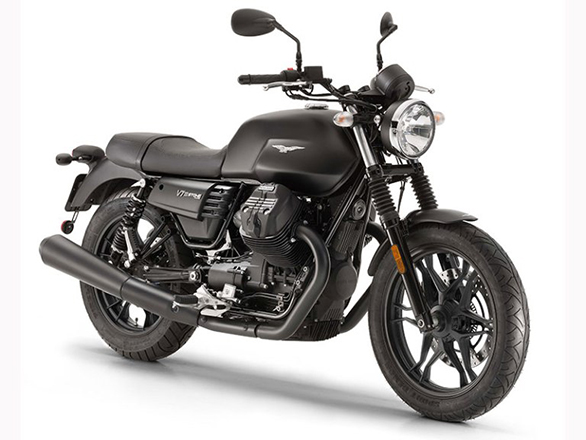 All variants of the V7 get an air-cooled, longitudinally mounted, 90-degree V-twin motor that displaces 749cc. The updates to the motor include new cylinder heads, pistons and piston-cooling oil jets. The crankcase has been stiffened, and there's a new oil sump, oil pump intake duct and alternator cover. The motor produces 52PS at 6,200rpm and 60Nm at 4,900rpm. More importantly, it is Euro-IV compliant. The engine is mated to a 6-speed transmission with revised ratios for the first and sixth gears.

The electronics package includes a new traction-control system with two levels. The system can also be turned off. The V7 IIIs also get dual-channel ABS.

The pre-load adjustable Kayaba twin-shock absorbers are new, and the seat height has been reduced to 690mm (797mm previously). The bike has new aluminium footpegs that are placed further forward. 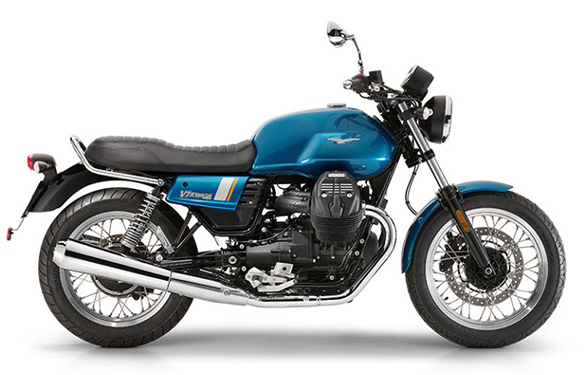 Motor Guzzi has revised the front end of steel double-cradle frame over the V7 IIs. The steering geometry is also new, with reduced rake and trail and a marginally longer wheelbase than V7 II.

The V7 III Stone is the base variant and features matte black bodywork. The alloy wheels, single-pod instrument gauge, a fork gaiters are also finished in black.

The V7 III Special is inspired by the 1975 V750 S3. It gets a generous dollop of chrome on the exhaust pipes, mirrors and pillion grab rail. The spoke wheels also hark back to the retro motorcycle. The body panels are painted in a nice, shimmering blue colour with special stripes on the side panels and fuel tank. This variant gets a twin-pod instrument cluster. 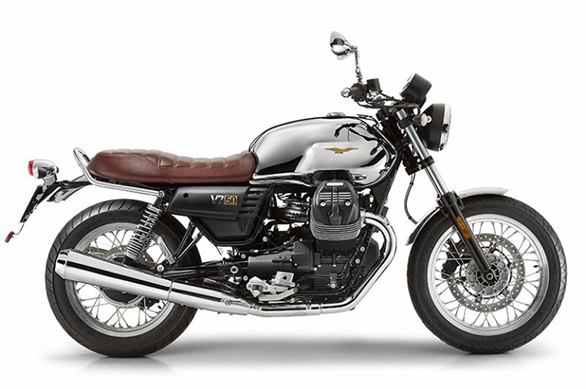 For the V7 III Racer, Moto Guzzi has dipped the frame in a lovely red shade, and the satin finish chrome fuel tank looks impressive too. The handlebars are lowered and seat comes with a removable passenger seat cowl.

The rear-set aluminium footpegs and black anodised components make this V7 III look even racier. At the rear, the bike gets Öhlins shocks instead of the Kayaba units. 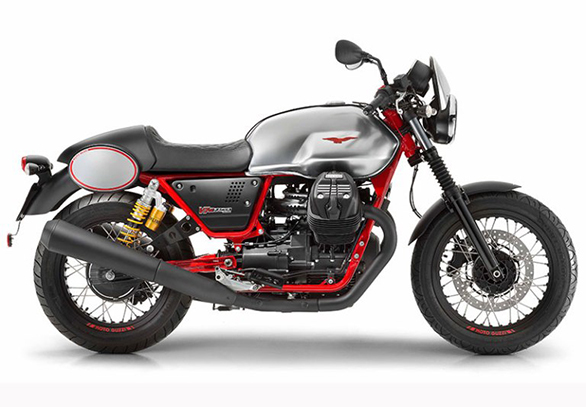 The V7 III Anniversario is based on the Special but has many unique features, such as a chrome fuel tank and a gold Moto Guzzi eagle logo. It also gets aluminium body panels and a fuel cap. The serial number is etched on the steering yoke.

The bikes will go on sale in international markets in sometime. As of now, there are no formal announcements about getting the bikes in India.