At the ongoing EICMA 2016, Honda revealed the 2017 Vision 110 scooter. The new iteration gets a host of styling updates. Additionally, the eSP motor in the scooter now meets Euro-IV emission standards. 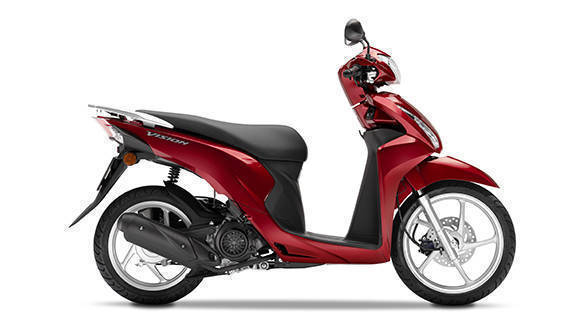 Launched in Europe in 2011, the Honda Vision was aimed at provision an affordable and a value-for-money offering for someone looking for a everyday commuter scooter, states the brand. In its updated form, the 2017 Honda Vision has gone through a design revision that can be seen with the new contours on the apron. The Vision 110 is designed in Italy and manufactured in China. Honda claims that the seating comfort has been updated as well with larger footpegs and a lower positioned seat (-20mm). The width of the scooter has been reduced by 10mm at 380mm while the seat height has been reduced by 25mm at 770mm. In addition to the styling, Honda has updated the chassis of the Vision 110. It gets a new 35mm diameter front fork which is 4mm more than that of the previous iteration. 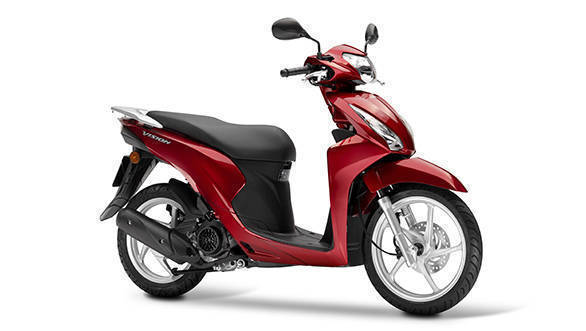 Powering the 2017 Honda Vision 110 is a fuel-injected 108cc eSP engine. This motor makes 8.8PS of power at 7,500rpm and generates 8.7-9Nm at 5,500rpm and also comes with an idling stop function. This system kills the ignition once the motor is found idling for more than three seconds and then automatically starts at the twist of the throttle. Mated to this motor is a CVT transmission. This Euro-IV compatible motor, as claimed by Honda, delivers 52kmpl.

Honda already enjoys a dominance in the scooter segment with the Activa range. In addition, the Japanese two-wheeler brand also sells the Dio, Aviator and the Navi. While the Vision 110 is seen as a successor to the Dio, we don't expect the same to make its way into India anytime soon.