The KTM 1290 Super Duke R is one mad motorcycle that we have ridden till date. To put things into perspective, the front lifts up every time you whack the throttle open irrespective of the gear the motorcycle is in. Well, now KTM has pushed the envelope by unveiling the 2017 KTM 1290 Super Duke R. It is powered by an updated version of the 1,301cc LC8 V-twin engine which now makes 179PS.

Visually, it looks a lot more aggressive and mental than the outgoing model. There's hardly any body panels and the entire trellis frame is exposed. It gets a new LED headlamp with a split design as well as LED daytime running lights. The 2017 Super Duke R gets a full TFT display unit along with cruise control. There's also a new 48mm USD WP forks which is stiffer than before. 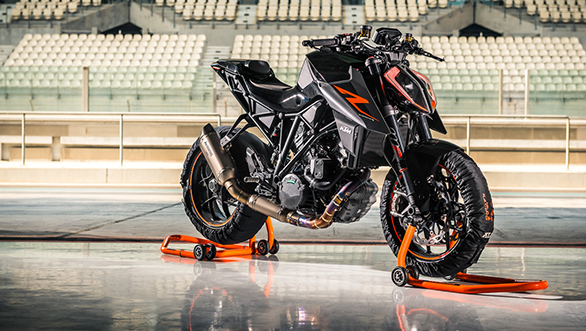 The 2017 1290 Super Duke R comes equipped with Motorcycle Stability Control and traction control as standard along with Bosch Cornering ABS. It also has a Supermoto mode which when selected disengages ABS at the rear wheel. 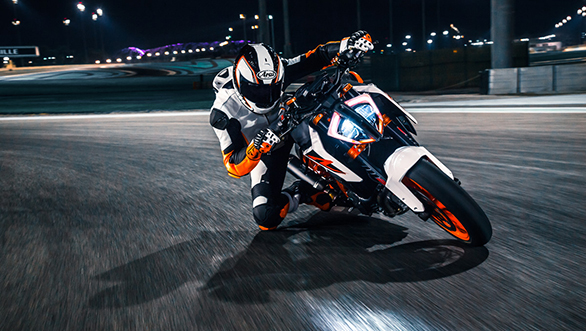 KTM will offer a host of upgrade options. The performance package offers motor slip regulation, a quickshifter and KTM's my ride which allows the rider to connect their smartphone to the motorcycle display unit. Going for the Track package will let you select different engine modes as well as disengage wheelie control and traction control. It will also get you launch control. 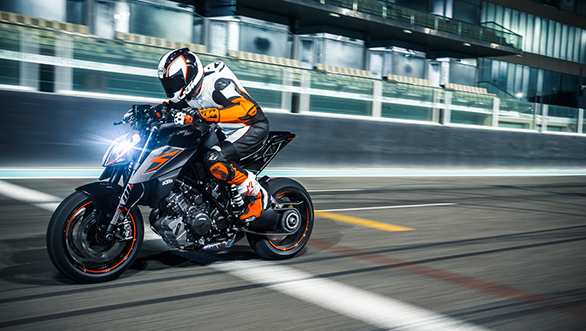