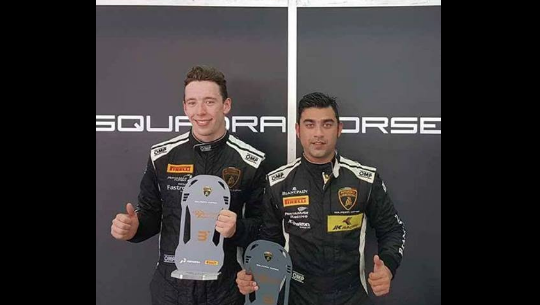 The first round of the 2017 Super Trofeo Asia Series was a mixed bag for Armaan Ebrahim and team-mate Jack Bartholomew. The FFF Racing duo finished seventh in the first race, and took third place in the second race.

In Race 1, the Lamborghini Huracan Super Trofeo that they were piloting was seventh on the grid. The race started dry, after which when it began raining they found themselves struggling for pace. Despite the fact that they climbed up to seventh on track at one point, a drive through penalty meant that the ended the race seventh.

They did better in Race 2. While they started seventh, that was the same position that Bartholomew was in when he handed the car to Armaan during the pit window. Armaan then made progress up the order, ending the race in third place.

The next round of the Super Trofeo Asia Series will be held at Buriram in Thailand in May.