Italian premium motorcycle manufacturer Ducati will be launching their first BSVI offering in India, the Panigale V2 on August 26, 2020. Keeping the present scenario around COVID-19 in consideration, Ducati will be doing an online launch of the Panigale V2 on its Twitter and Instagram profiles. Select dealerships in the country have already started accepting bookings for the same, for an amount of close to Rs 1 lakh. The upcoming supersport offering from the Italian motorcycle major replaces the 959 Panigale from the company's portfolio, that is priced at Rs 15.30 lakh. We expect the Panigale V2 to be priced Rs 1-1.2 lakh over the 959. 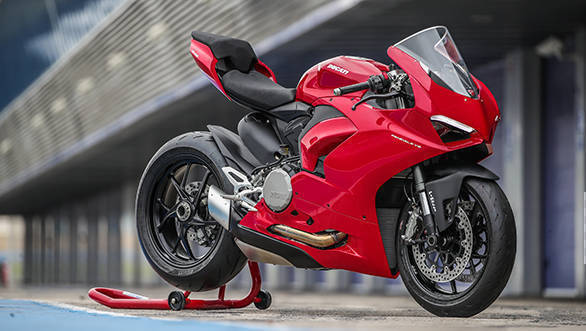 As the name suggests, the motorcycle gets a new Euro 5 compliant V-twin engine with more displacement than the 959 Panigale. Also, the motorcycle sees a change in styling which takes it closer to the Panigales of day and age. With the Panigale V2, you effectively get the same face with the headlight projectors sitting deep inside the fairing along with the air intakes and laced with the same V-shaped daytime running lamp strip. The new fairing design is also more functional as the intake ducts are more efficient. The bike also has a more aggressive stance as the rear mono-shock is now 2mm longer, resulting in a more nose-down appearance. 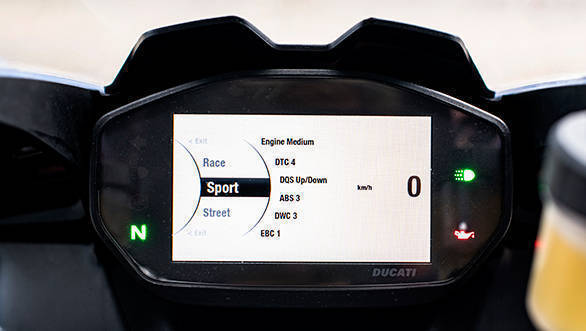 The Panigale V2 also borrows the V4's crisp 4.3inch TFT display which offers lots of information, arranged very neatly. There are changes to the ergonomics as well ? product presentations hinted towards a more track-focussed motorcycle, but Ducati has increased the length of the rider's seat by 20mm and the foam padding is 5mm thicker, resulting in better comfort. The V2 also borrows the V4's single-sided swingarm and gets a short, underslung exhaust unlike the 959's side-mounted dual exhausts. The tail piece is the same as the V4 too and the V2's rear certainly looks far more appealing than the 959's. 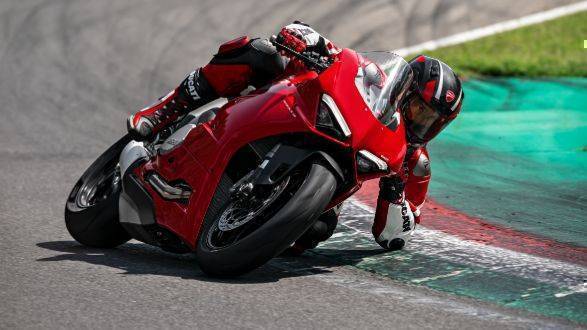 The electronic suit includes ABS, up and down quick shifter and engine brake control.

The Panigale V2 uses the same, 955cc, 90-degree V-twin engine as before but the motor has received comprehensive updates to offer better performance and meet stricter, Euro V norms. Outputs are up to 155PS (up by 5PS) and 104Nm (up by 2Nm), thanks to revised internals as also the new, more efficient air intakes and new injectors and Ducati claims the V2 offers over 60 per cent torque consistently over 5,500rpm. Here's our detailed first ride review of the Ducati Panigale V2.