Ex-Ducati CEO Gabriele Del Torchio told me two years ago at a motorshow off the record that the company was concerned at what was going on in India. The same thoughts were echoed and amplified by company officials more recently in Milan this year. The take away is that even under Audi ownership, the push to have a successful India operation had not lost its importance. Today, the what we were told off the record then has been made official with a press release from Ducati. 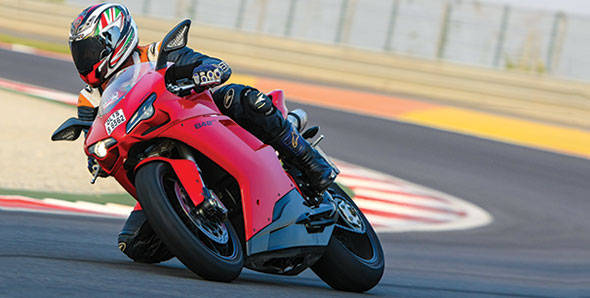 Ducati says in the press release that it will give the Indian market its due importance by setting up an "official presence". Cristiano Silei, vice president sales and marketing of Ducati, said: "We consider India an extremely important part of Ducati's future global strategy and will strengthen our presence in the market with premium services and a larger network that will be in line with our global standards. Our entry into the Indian market is therefore a first step in this direction."

We assume that means the setup of something like Ducati India, a wholly owned subsidiary that will take over the role of running Ducati operations in India covering marketing, distribution, sales and service. We expect the organisation to be set up on the lines of Porsche India rather than Audi India because the former is clearly more targeted towards small volume, premium cars than the former. Like most of the Volkswagen brands, we also expect to see Ducati India share the backend processes (like HR and perhaps accounts) with the rest of the VW companies.

Contrary to reports though, the new company is likely to come up only by mid-2014. Also contrary to most reports, the new outfit will not end its relationship with Precision Motors who have tried since 2008 to get Ducati off the ground in India. To be clear, Precision Motors has had, one way or another, a torrid time with Ducati owners, both current and prospective roundly criticising the delays and obfuscation while Precision themselves have struggled with logistics issues including, but not limited to, importing the motorcycles for sale.

However, what is going to happen now is that Precision will have a role in the transition while they hand over the Indian distributorship to Ducati India. After that phase, Precision will take on a new role as an outfit responsible for one or more regional subdivisions of India as a geographic sales region. Details are unclear at this time, but it sounds like Precision will run one or two regions with Ducati dealers in those regions - Precision's own or otherwise - reporting to them. The other regions are likely to be controlled directly by Ducati India which will, we expect, move aggressively to open dealers, stabilise post-sales processes and repair the damage that all the missteps and hiccups since 2008 have caused.

The background to this is that everyone expects the Indian market to become the world's most important and biggest market for middle weight motorcycles in four-five years from now. Setting up operations now so that the distribution channels are ready to exploit the boom is critical for long term profitability.

Here is the original press release

Ducati to enter the Indian market

In response to growing demand and in order to reorganize its distribution network, Ducati has decided to establish an official presence in the Indian market, an important step to further boost its global presence and position amongst the world's premium motorcycle manufacturers.

While ending the relationship with its former Importer, Ducati thanks Precision Motor for its efforts in importing and distributing its motorcycles into India since 2008. Precision Motor plans to retail Ducati products in selected locations in India and will provide customer care until such time that Ducati has set up its distribution network.

Outlining how growing consumer and commercial expectations had driven this decision, Cristiano Silei, Vice President Sales and Marketing of Ducati, said: "We consider India an extremely important part of Ducati's future global strategy and will strengthen our presence in the market with premium services and a larger network that will be in line with our global standards. Our entry into the Indian market is therefore a first step in this direction."

Ducati teases a new Monster, to be unveiled...