Recent pictures of an all-new Ducati Multistrada test mule has revealed that the cross-country tourer will be powered by the new Stradale V4 engine. Claudio Domenicali had earlier said that the V4 Multistrada will not come before 2021, but we think it might debut at EICMA 2020 as a MY2021 motorcycle. Currently being tested across Europe, the new Multistrada is being propelled by the new 1103cc Stradale 90degree V4 engine that is capable of producing more than 200PS of power depending upon its tune. The current Multi develops 160PS of power from its 1262cc engine and with the Stradale, it might stake its claim as the most-powerful adventure motorcycle.

Obviously, the engine will be tweaked to have more low and mid-range grunt to match the street/enduro character rather than its high-revving track setup. To handle that much power, the Ducati will need an extensive suite of electronics including riding modes, multiple levels of traction control,  cornering ABS, all powered by a six-axis IMU. It might also get radar-based cruise control sourced form its parent - Audi. The TFT-screen instrument cluster will also be improved and despite looking almost the same as the current motorcycle, the new Multistrada will get all-new panels and new LED headlamps and tail lamps. 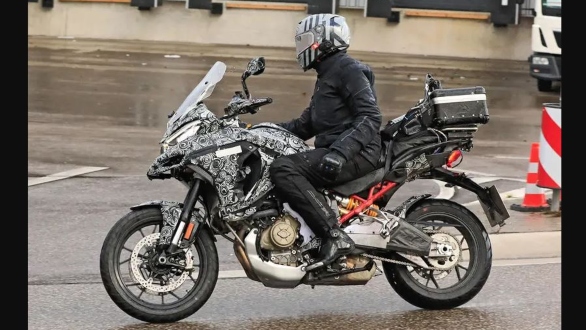 Also, the new Multistrada gets a cast chassis and a Trellis sub-frame and gets a new offset-mounted Ohlins rear shock. Unlike previous bikes, the Ducati Multistrada V4 looks like getting a regular swing-arm rather than the single-side unit to keep the motorcycle narrow and make it light. To keep the unsprung weight low, the Multistrada might get Marchesini alloys and it will a 19-inch wheel in the front and probably a 17-inch wheel in the back.

With Italy under lockdown, the testing and compilation and related certifications might have been thrown off-schedule, but if everything goes alright, we should be able to expect it to debut at EICMA in November, later this year. 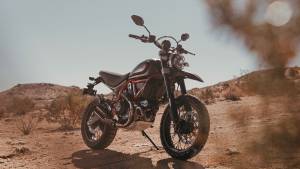