DSK Benelli sells 151 motorcycles in Goa within a year

DSK Benelli has announced that it has sold its 151st motorcycle within a year of launching its operations in Goa. In order to celebrate, Shirish Kulkarni, chairman, DSK Motowheels handed over the keys of the 151st DSK Benelli superbike to its owner. The celebration also saw the unveiling of the DSK Benelli TNT 25 in FC Goa livery. 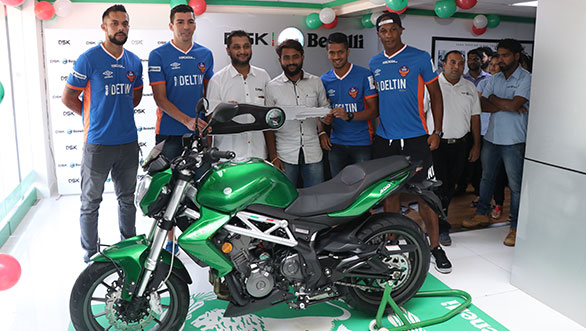 Kulkarni said, "The intense passion for football and biking that the people of Goa harbour is no secret, so we decided to celebrate our milestone of the fastest sale of 151 superbikes in the city, by blending both these passions."

The DSK Benelli TNT 25 was launched in India last year. The motorcycle is powered by a 4-stroke, 4-valve, DOHC, liquid-cooled 249cc engine which generates 28.16PS of power at 9,800rpm and 21.61Nm of torque at 8,000rpm. This is the company's first single-cylinder motorcycle in the country.

DSK Benelli has been strengthening its presence across all strategic locations in India. The motorcycle manufacturer already has 22 showrooms across India. DSK Benelli has recently inaugurated its eighth showroom of this year in Siliguri, West Bengal.

There are plans to open three more dealerships by the end of December 2016. 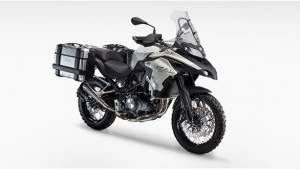 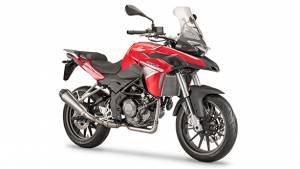 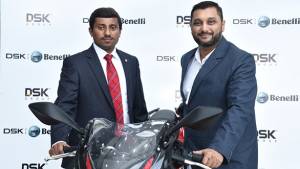