Recently, infamous drug kingpin, Joaquin 'El Chapo' Guzman escaped from one of Mexico's maximum-security prisons. As seen in the images below, this Mexican drug baron used a motorcycle, of sorts, to make his getaway from this prison. Now that caught our attention. 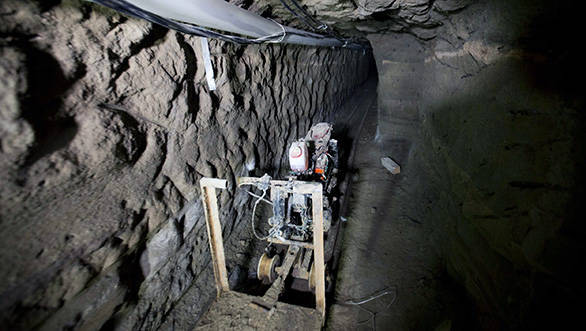 The motorcycle seen in the images has a single downtube steel swingarm and dual shocks which indicates that it's not a modern-day bike. It was customised rather interestingly though. The front half barely resembles a bike, with the forks being swapped for a metal frame attached to two small rail wheels. The second half of the motorcycle however, retains most of its bike-like demeanour with the wheel, fender and exhaust from its single cylinder engine still in place. His cartel dug out a nearly 2km long 5ft 6in high tunnel (which was just enough room for him to stand), complete with lighting, ventilation and narrow rails for the bike to run on. 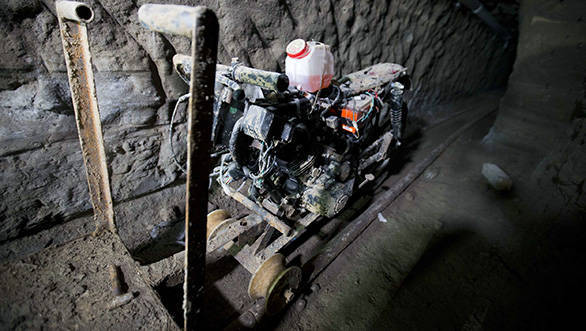 Specifics on the bike model are unknown, but as far as guesses go, this heavily customised motorcycle could be an older 125cc Honda that was sold in Mexico. It took this drug lord millions of dollars and a rather cleverly built motorcycle to pull off an escape like this. 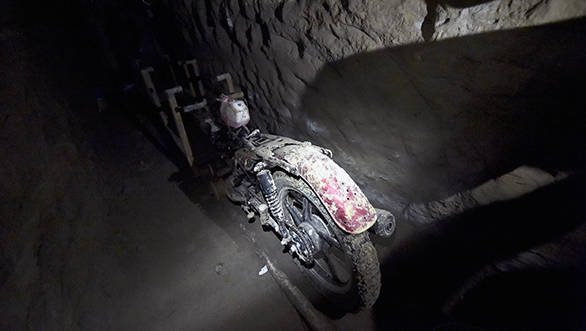