Toyota has just opened sales of the Toyota Innova Crysta Touring Sport. This is a cosmetically enhanced version of the existing Innova Crysta, and trim by trim, it commands a Rs 80,000 premium over the donor car. But what do you get for that extra money? Here is all you need to know.

The regular Innova Crysta is no plain Jane and is one of the most stylish MPVs around in the market today. However, above the Crysta's chrome grille, the Touring Sport gets a piano-black unit and, must we add, a nicely done one too. The headlamps too get a smoke-finish in the TS. The fog lamps too get their own nacelles in the TS. Toyota has added smoke black finish spoilers at the front and rear. While the Crysta was initially available with 17-inch wheels, Toyota has now made 16-inchers as standard. In the TS though, these get the matte black effect compared to the silver ones on the Crysta. At the back, there is the Touring Sport badge, spoiler and the black inserts to the lights. 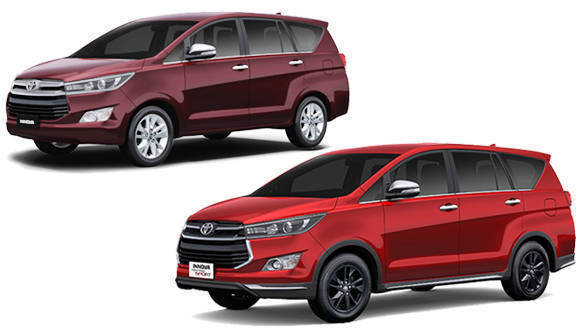 In the cabin, a lot of fake wood has been used for the dashboard. However, it doesn't seem out of place in the TS. The meters too get a red backlight instead of the blue-white combination of the regular Crysta. The TS seats have a red stitching to them, giving it a more sporty appeal. The TS is based on the VX trim for the manuals and ZX for the automatics, which means the feature set stays the same. 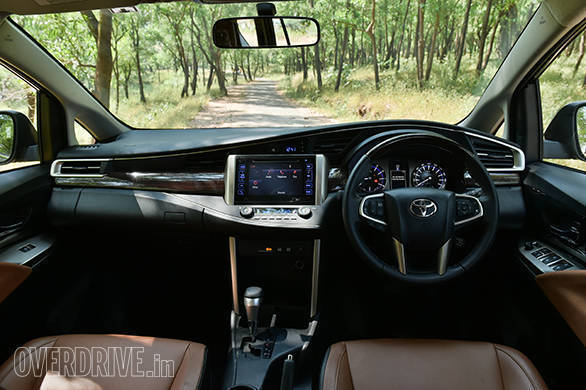 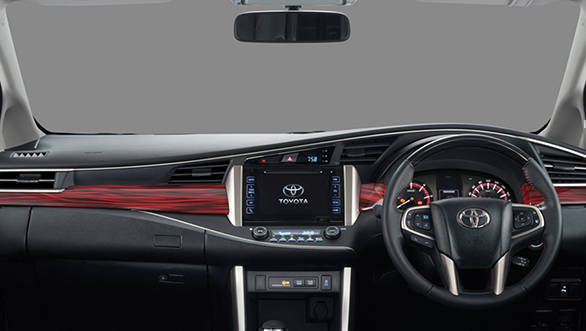 The same set of engines that power the Crysta do duty under the hood of the TS. This means a 166PS petrol and 150PS/174PS diesel engines with both manual and automatic transmission options. There is an increase of around 15kg in the kerb weight for the TS trims compared to the regular Crysta. While Toyota hasn't quoted any official numbers, expect the TS trims to have slightly lower fuel efficiency than their regular counterparts. 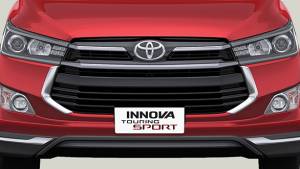 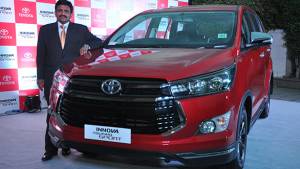 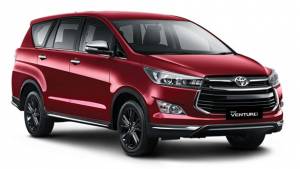