Delhi and its pollution woes seem to be the talking point right now and a slew of solutions, mostly of the knee-jerk variety are being proposed, propounded and about to be imposed on its citizens. The reactions, unfortunately, are of the sort that are usually reserved for a sudden natural calamity, like an earthquake rather than pollution which is a problem that usually grows over time until it crosses some sort of artificial threshold that we identify as the danger mark. When solutions don't match problems, usually, they tend to be inconvenient, expensive and usually, ineffective. Here is the real problem with the solutions that the Delhi government and now the Supreme Court have come up with. 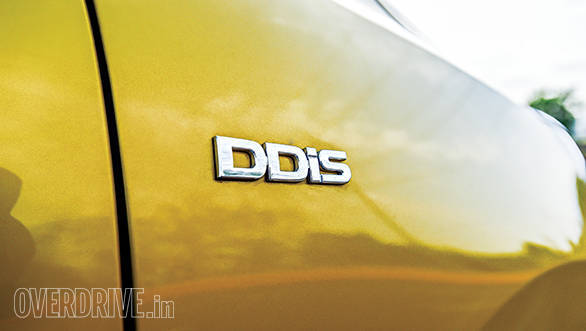 What is it:
Road rationing is a well-accepted if not very widely implemented idea that prevents a chunk of citizens from using public roads. It is an artificial way to 'generate' capacity which reduces traffic and cuts pollution and can have beneficial impacts. Various methods can be used to reduce a chosen percentage of traffic. Odd-even, for instance, reduces 50 per cent of all traffic while a digit per day (license plates ending in 1 banned on Monday, 2 on Tuesday etc), can cut 16-20 per cent of traffic.

The problem with it:
Road rationing is extremely inconvenient. An odd-even solution effectively puts half the vehicles off the roads everyday. Which is terrific for congestion, the city's total fuel consumption and obviously pollution levels. However, the government has so far not addressed the issue of the inconvenience. Since Beijing is trotted out as the shining example of road rationing success, it must be pointed out that the public transport (which in China is clean, efficient and abundant) was made free during the five days that road rationing was in effect. So far, we haven't come across any answers to the obvious questions around the actual on-road inconvenience. Questions like what happens to vehicles arriving in or crossing Delhi with the wrong number on the plate. What happens when the number of taxis are also halved - to the driver's livelihood and to passengers.

Shut down the city:
If the pollution problem is that dire then Delhi should just shut down for a few days. It's a far more effective solution than knee-jerk road rationing. Shut all offices and schools for a week. And the Government should then get to work to see how to rapidly (and sustainably) expand the coverage and convenience of public transport. Creating more public transport isn't by nature a rapid process but if there's any who can jugaad their way out of it, it's us.

Increase private vehicle occupancy rates:
The other solution is to implement odd-even rationing while exempting cars that have at least three passengers in them. Given how high single-occupant private cars usually are in urban traffic, this simple measure alone can promote car sharing, cutting traffic and brining down both per capita and net pollution.

Ban a specific class of vehicles

If you can identify a certain class of vehicle that is creating an inordinate amount of pollution then banning that class or restricting their purchase can be a good way to inconvenience a few people but get great results.

The problem with it:
It doesn't work if you try to wag the dog by the tail. The Supreme Court has decided to ban registrations of 2000cc and higher displacement diesel vehicles in Delhi. That's the exact sort of decision based on weak or poor data that leads to a bad decision that achieves no results. If the 2000cc+ diesel was over represented in the population of cars then this might be useful. But it probably isn't. 2000cc+ diesel private cars include some of the cleanest, most high-tech engines in the world. The fact this ban on registration is temporary is just silly because it achieves almost no results at all. It might actually be more pragmatic (and inconvenient) to ban people from using them till March - which takes a much, much larger population of these cars, SUVs, buses, trucks etc off the roads for four months - then banning their registrations.

We are not convinced that this ban, temporary as it is, is based on any factual information that identifies the bigger diesels as the culprits. And even if they were, private cars, which are a very small number in that pie add no significant impact to the result. First, we believe the Delhi Government needs to rapidly accumulate the true picture of the pollution - which areas are the worst, which kind of pollution is at which level at a detailed local scale, which vehicle classes pollute the most, how does the age of the vehicle affect their emissions. The decision will then be better informed and then more likely to produce results

Diesels have been under pressure to clean up their act for decades and it has produced results. Current day diesels can run very clean. Banning or restricting the use of older diesels, especially commerical vehicles that gather up enormous road miles is perhaps the most effective way to reduce pollution levels rapidly. This is especially efficient in a city where the largest chunk of population has to rely on private vehicles to get around thanks to indifferent public transportation. Implementing this is a big challenge and so far no one has cast any light on how the Delhi Government, Delhi Traffic Police etc intend to enforce any of the bans or restrictions

Increase road taxes and spend the money on public transport

This is a politically unpopular solution and therefore the chances are that this will not happen. But driven carefully and purposefully, this is a move that generates more revenue that can be used to expand the reach and convenience of public transport quite fast while putting the brakes on private vehicle ownership. At this point, the influential auto industry will usually lobby hard and fast to avoid the slow down and someone in the government needs to have the backbone to tell the auto industry to see the crisis for what it is rather than a mere loss of business.

A rapidly worsening pollution solution is not a random solution that has a small impact of air quality and a massive impact on the citizens of Delhi. The most convenient solutions are all politically and economically unpopular - like closing all business, offices and schools. Or raising taxes. Or banning influential vehicle classes like commerical transportation. Longer term solutions, like higher registration costs will also be unpopular especially with a pro-industry Government that intends to raise growth rates, which the auto industry is a major part of.

The worrying part, though, is the fact that no one is still talking of a measured response that includes immediate solutions, mid-term plans and long-term strategies. Almost as if the ban on 2000cc diesels  till March is a permanent solution. 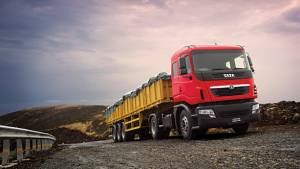 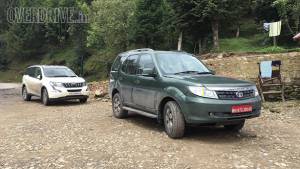