The Sherco TVS Rally Factory team had a strong showing during the first stage of the 2020 Dakar in Saudi Arabia, with three of the team's riders finishing in the top 25. 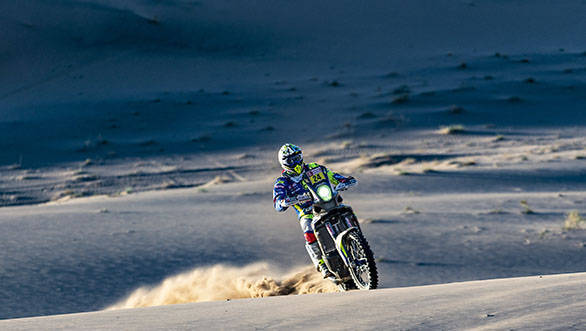 Adrien Metge is the top-ranked Sherco TVS rider, in 15th place, after Stage 1 of the 2020 Dakar.

Leading the way for the team was Frenchman Adrien Metge, who was a last-minute replacement for his injured brother Michael Metge at the 2020 edition of the event. Metge Jr ended the day P15, which is a great start to the rally for him, especially considering the fact that he wasn't really set to compete in the Dakar this year at all. 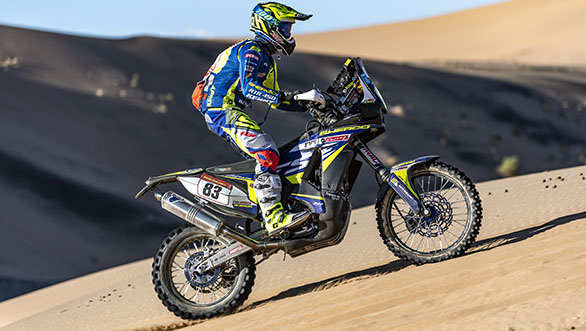 The 433km that led from Jeddah to Al Wajh were particularly hard on the third-ever Indian to ride at the Dakar - Harith Noah. Noah had a crash during the first stage of the rally, when his front wheel hit a hole, which sent him flying into the navigation tower. This meant that he had to ride the rest of the way with no roadbook and a busted up eye. However, it has been reported that he has recovered sufficiently to take the start of Stage 2 of the rally. Unfortunately, though, this puts him down in 111th after the first Stage.

The rally now goes from Al Wajh to Neom, with the riders having to contend with 367km of special in Stage 2.