Stage 9 of the 2020 Dakar Rally was particularly hard, with competitors having to cover a total distance of 886km, as the rally moved from Wadi Al Dawasar to Haradh. It marked a return to the rally for the motorcycle and quad riders who had a day's break, with Stage 8 of the event being cancelled as a sign of respect after the death of rider Paulo Goncalves. 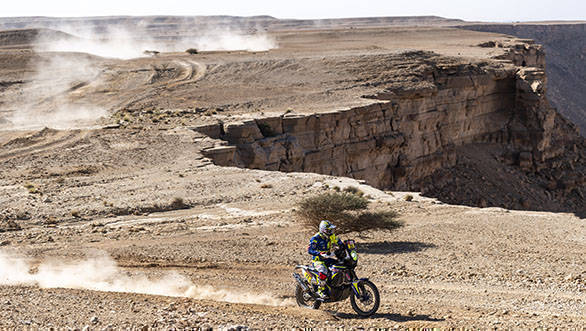 The going was not easy for the Sherco TVS Rally Factory Team, but Adrien Metge, who has been at the sharp end of the leaderboard all through the rally soldiered on. Metge ended the stage 19th, which moved him to 12th overall. Speaking after the stage, Metge said, "This year's rally has been extremely difficult in terms of the routes and overall experience. The Sherco TVS Motorcycle has endure all the terrains with simplicity, and further supported me with my performance." 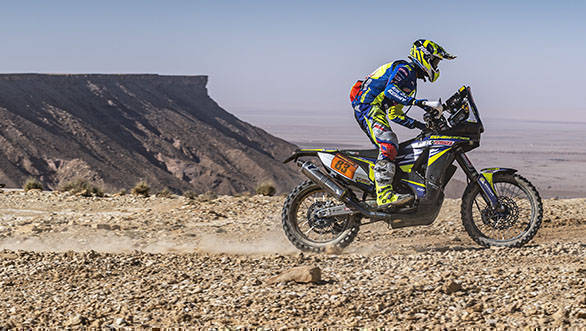 Meanwhile Indian rider Harith Noah, competing in his first ever Dakar Rally, managed to end the stage 29th. Noah, who is riding in the Dakar Experience category, after being unable to start Stage 3 of the event, has had some fine stage performances over the course of the 2020 event.

Sadly, the team's other rider - Lorenzo Santolino - had to abandon Stage 9. Santolino had complained of pain, following which the medical team advised him against continuing. Johnny Aubert, who was also doing very well in the 2020 Dakar, abandoned the rally after a crash on Stage 6. However, he is reported to be recovering well.