With just one stage left in the 2020 Dakar Rally, it's advantage Carlos Sainz. The X-Raid Mini driver might not have managed to win Stage 11 of the rally, with that honour going to his team-mate Stephane Peterhansel, but he still continues at the head of the overall standings. Heading into the final stage that goes from Haradh to Qiddiya, Sainz has a ten-minute lead over second-placed Nasser Al-Attiyah. Stephane Peterhansel and Fiuza Paulo in the Mini Buggy of the Bahrain JCW X-Raid Team brakes on the top of a dune in the Empty Quarter during stage 11 of the Dakar Rally, between Shubaytah and Harad 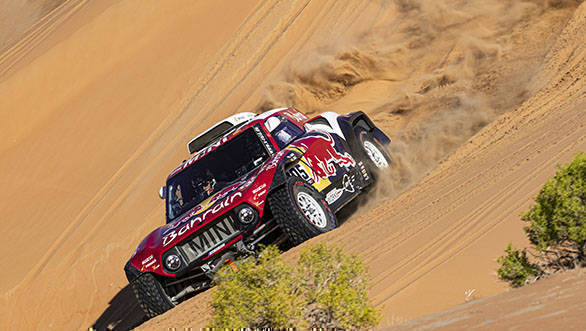 Meanwhile, double F1 champion Fernando Alonso recovered from his nasty roll from Stage 10. Alonso heads into the final stage of the Dakar in 13th place overall.

In the truck category, it was overall leader Andrey Karginov who took yet another stage win - his sixth so far in the 2020 Dakar. The stage winner in the SxS category was Francisco Lopez, who, despite his best efforts wasn't able to overtake overall leader Casey Currie. 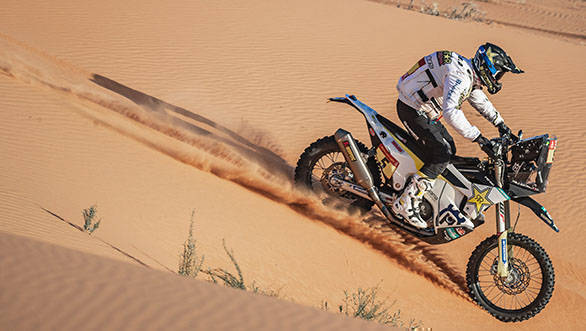 On two wheels, it was another stellar performance from Husqvarna rider Pablo Quintanilla. The Chilean rider took his second stage win of the 2020 Dakar, with KTM's Matthias Walkner finishing second, and Luciano Benavides finishing third. 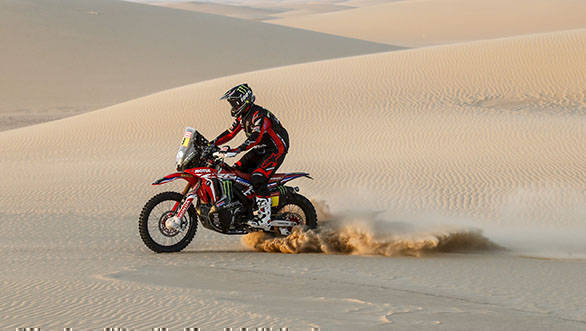 Overall stage leader Ricky Brabec only managed to finish 10th in Stage 11, but seems moderately comfortable at the head of the order. He has a 12 minute lead over the second-placed Quintanilla. Last year's Dakar winner, Toby Price, is ranked third overall with one stage left in the rally. Ignacio Casale is all smiles at the end of Stage 11. Only one stage separates him from victory in Dakar 2020

While Rafal Sonik took first place in the stage in the Quad category, the overall lead still rests with Ignacio Casale.

Win in Stage 11 in the Originals by Motul (Malle Moto) class went to Benjamin Melot, while Emanuel Gyenes continues in the overall lead of the rally.