Carlos Sainz continues to prove that he still has plenty of fight left in him. The Bahrain JCW X-Raid Mini driver took victory in Stage 3 of the Dakar 2020, and along with it, moved to the head of the overall standings. While Sainz performed impressively during his run over the 427km long loop around Neom, only 3min 31sec separated him from Toyota's Nasser Al-Attiyah. However, the Qatari driver was later handed a 3min penalty, which pushed him down the order. Al-Attiyah is currently ranked second overall, 7min 55sec behind Sainz. 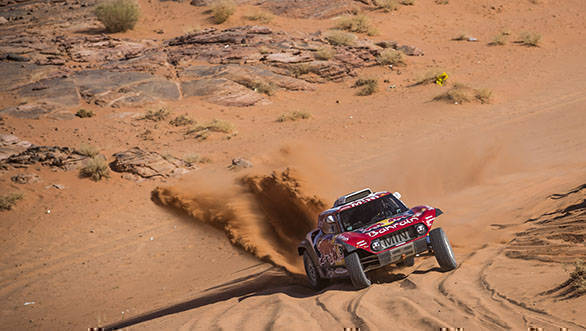 Double Dakar winner Carlos Sainz took Stage 3 victory at the 2020 Dakar, and also moved into the overall lead of the rally

With Al-Attiyah pushed down the order, Jakub Przygonski of the Orlen X-Raid team moved to second place in the stage, while Yasir Seaidan of Race World Team finished third in the stage. Third in the overall standings, however, goes to Orlando Terranova, who led the way after Stage 2. The Argentine only finished eighth in Stage 3, which meant that he lost his position at the head of the overall standings.

While Stephane Peterhansel managed to keep pace with Sainz almost all the way through, he eventually lost ten minutes in the final part of the Stage, which led to an eighth-place stage finish. "Mr. Dakar" is currently fifth in the overall standings after three stages of the Dakar.

Possibly the most high profile name at the 2020 Dakar, double F1 champion Fernando Alonso, had a good stage. After a disastrous Monday, where he and co-driver Marc Coma lost two hours in repairing their Toyota Hilux, the pair recovered to finish fourth in the stage. Alonso is currently ranked 32nd overall. 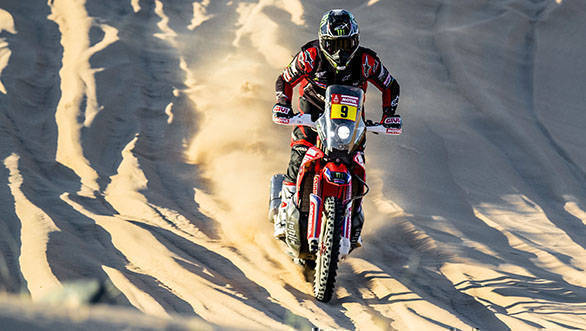 On two wheels, it proved to be a terrific day for the Honda team. Ricky Brabec led the way, topping Stage 3, and also moving into the lead of the overall standings. Brabec was able to cross all six checkpoints as the fastest rider, and ended the day over 9min ahead of Jose Ignacio Cornejo. Third in the stage was their Honda team-mate Kevin Benavides.

Leading the way in the Quad category was Giovanni Enrico, while Simon Vitse took second in Stage 3. Quad expert Ignacio Casale only took a third place finish in the stage. Casale, however, continues to lead overall, with Rafal Sonik second, and Enrico third.