The sixth stage of Dakar 2019 saw Sebastien Loeb take his third stage win of the ongoing rally-raid in Peru. Despite this, Toyota's Nasser Al-Attiyah extended his lead at the head of the field. Al Attiyah led the stage for most of the way, however, both him and his PH Sport Peugeot rival got lost 40km from the stage finish, looking for a waypoint. 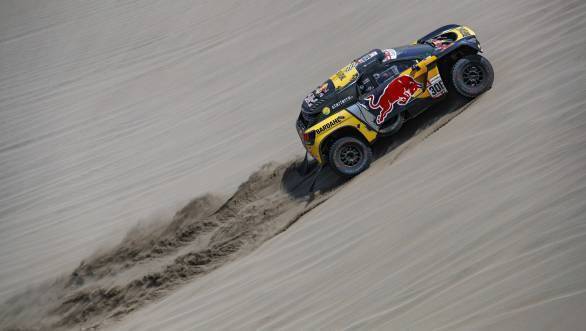 Sebastien Loeb and Daniel Elena in the Peugeot 3008 of the PH-Sport climbing a dune during stage 6 of the Dakar Rally, between Arequipa and San Juan de Marcona, Peru

Loeb lost less time, of the two of them, taking victory in the stage. It was his 13th stage win in the Dakar, which ultimately gave him second position in the overall classification in the Car category. Third in the category, is Mini buggy driver, Mr Dakar, Stephane Peterhansel.

In the motorcycle category, it was Pablo Quintanilla who won the sixth stage, also managing to wrest the overall lead away from Ricky Brabec. Over the course of the sixth stage, though, it was Quintanilla and Kevin Benavides who traded the lead in the Moto category several times. However, after the sixth waypoint, it was the Husqvarna rider who began to get ahead. 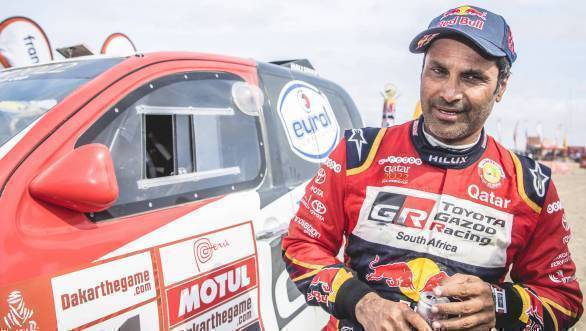 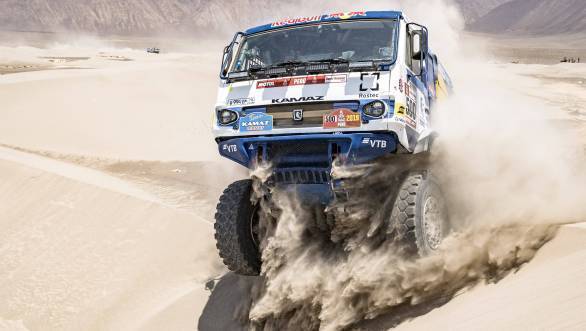