Nasser Al-Attiyah has won the 2019 Dakar Rally, his third Dakar victory in all. The Qatari driver previously won the Dakar with Volkswagen (2011) and with Mini (2015), with his 2019 victory being a first for Toyota at the Dakar. 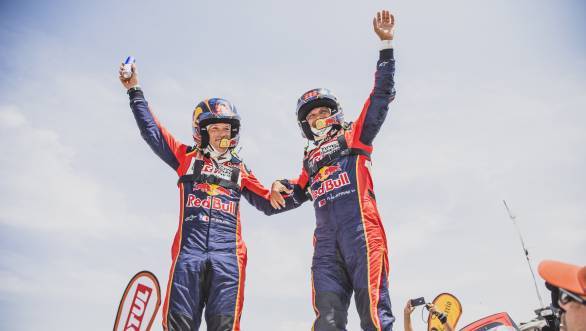 Al-Attiyah led the overall ranking of the 2019 Dakar after every single stage, except for the second, when his Toyota teammate Giniel de Villiers briefly held the overall lead. However, Villiers' claim to the title was erased the very next day, after he hit a rock.

In a rally where the top contenders suffered various problems, Al-Attiyah managed to keep on driving steadily, claiming victory by over 46 minutes from second-placed Nani Roma of X-Raid Mini. 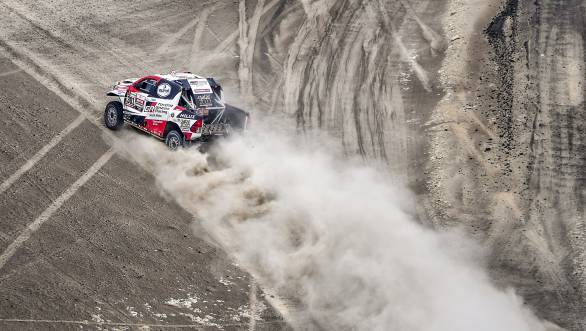 Third place on the podium went to Sebastien Loeb, the nine-time WRC champion driving a PH Sport Peugeot 3008 DKR. Loeb had a total of four stage wins, which, unfortunately, wasn't enough to win him his first Dakar title though. He was plagued by car trouble that lost him time, and a navigational error that would put an end to his Dakar dreams. 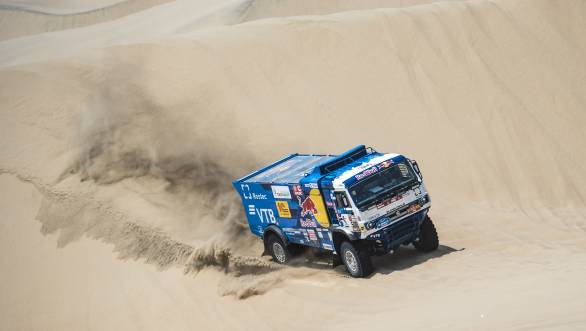 Eduard Nikolaev, Evgenii Iakovlev and Vladimir Rybakov (RUS) of Team KAMAZ-Master race to victory in the Truck category of the 2019 Dakar

In the Truck category, victory went to Eduard Nikolaev of the Kamaz team. It was Nikolaev's fourth Dakar win as a driver, and his third consecutive victory in the category. In total, Nikolaev now has five Dakar wins, one earned as a mechanic for Vladimir Chagin, the 'Tsar of Dakar'. 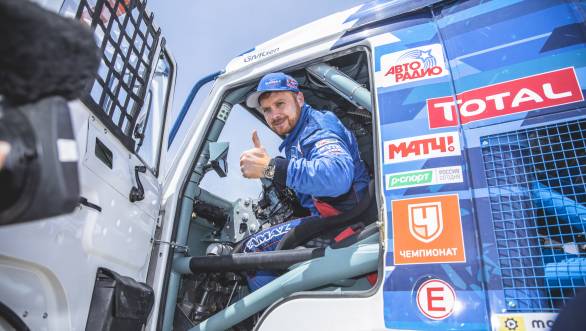 Nikolaev's nearest title rival was his Kamaz teammate Dmitry Sotnikov, who ultimately settled for second overall. The one-two finish was the silver lining in an otherwise dark cloud, with Kamaz driver Andrey Karginov being disqualified from the 2019 Dakar after a collision with a spectator. Iveco's Gerard de Rooy had to settle for third overall in the Truck class. 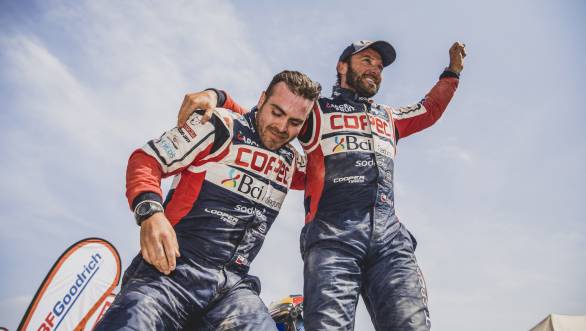 Chaleco Lopez (CHL) of South Racing Can-Am at the finish line after the last stage of Rally Dakar 2019 from Pisco to Lima, Peru on January 17, 2019

Victory in the SxS category went to Chaleco Lopez, who drove solidly over the course of the entire rally, looking comfortable through the event.