The 2019 edition of the most extreme off-road rally-raid in the world, the Dakar Rally, has officially commenced at the Lima, the capital city of Peru. Of course, one of the reasons that Indian interest in the Dakar Rally is as high as it is, is because Hero Moto Corp, the country's largest two-wheeler manufacturer is participating in the Dakar with their team - Hero MotoSports Team Rally. The three riders who will be representing Hero at the 2019 Dakar are Oriol Mena (No.7), Joaquim Rodrigues (No.27) and CS Santosh (No.50). This will be Santosh's third attempt at the Dakar with the Hero team, and his fifth Dakar outing since he first competed in the rally in 2015. Here's what he had to say of his expectations, the challenges that lie ahead, and his hopes for the Dakar 2019. 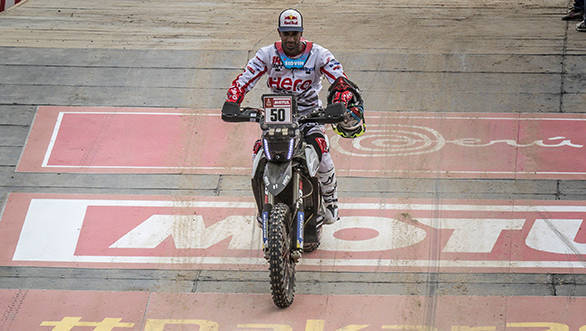 CS Santosh astride the No.50 Hero RR450 Rally machine, that has been tweaked to help tackle the sandy terrain in Peru

Speaking ahead of the Dakar 2019, Wolfgang Fischer, Team Manager, Hero MotoSports Team Rally said, "We are quite excited to be here at the Dakar 2019 for our third year now. We have had good preparations this year with some good performances in the races and experience under our belt. The team has shaped up well both mentally and physically, and we are very happy with the improvements made on the bike as well. JRod is also back with the team so overall, there is a lot of positivity in the camp. We can never predict an outcome in the Dakar, so our first aim is still to get the riders and bikes safely across the finish line every day." Meanwhile, CS Santosh, who is competing in his fifth Dakar, said "I am very optimistic about our performance at the Dakar this year. This will be my third Dakar with Hero MotoSports and fifth overall. It has been a very exciting three years and I'm geared up for yet another rendezvous. There is a positive energy in the entire team and we can feel it here. The preparation has been good and the motivational levels are high, I can't wait for the first stage to get started."

Oriol Mena, who stunned everyone in his rookie attempt at the Dakar by finishing seventh in the motorcycle category said, "I had a great year and this also raises the stakes for me at Dakar 2019, so I have been training hard and target to advance my performance this year. Dakar is a very exciting and thrilling encounter for a rider. I am feeling thoroughly upbeat about riding with my team amidst an exceptionally talented group of competitors." 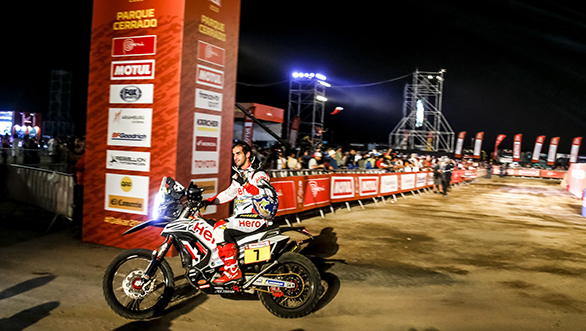 The team's comeback kid, Joaquim Rodrigues, who was injured at the 2018 edition of the Dakar, is determined to put in a strong performance in 2019. "I am extremely excited about the start of my ride again, after my accident at Dakar 2018. The recovery has been tough and long. I have been training particularly hard with a focus on arriving at the finish line safely. This will be my third Dakar and I'm very excited to be riding with my team again and hopeful of delivering a good performance. I am charged up and hopeful that I will put up a great show at Dakar this year," he said. 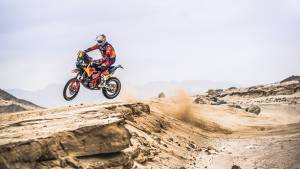 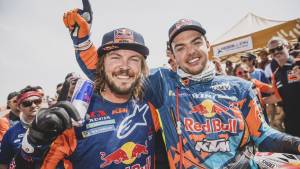