The 2018 Dakar Rally has concluded in Cordoba, Argentina. Matthias Walkner has emerged the overall winner in the Moto class, becoming the first Austrian to ever win at the event. His victory has ensured KTM their 17th consecutive Dakar title. Walkner's hard-earned victory came after other front-runners like Adrien Van Beveren and Joan Barreda Bort retired with injuries. 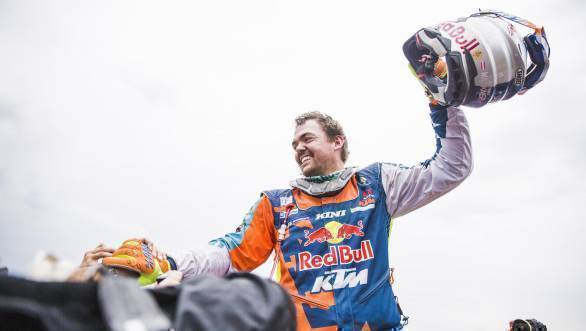 Matthias Walkner (AUT) of Red Bull KTM Factory Team after the last stage of Rally Dakar 2018 from Cordoba to Cordoba, Argentina on January 20, 2018

Victory in the Car category went to Carlos Sainz. This is the Spaniard's second victory at the Dakar, after he claimed the title there last in 2010. The Peugeot driver was outshone early on in the event by his team-mates Stephane Peterhansel and Sebastien Loeb. However, with Loeb crashing out, and with Peterhansel crashing into a tree towards the end of the 13th stage, it seemed like Sainz would emerge victorious after all. Nasser Al-Attiyah, of Toyota Hilux, ended the rally in second position. 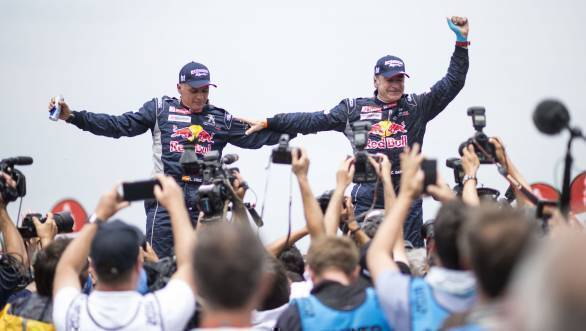 Carlos Sainz (ESP) of Team Peugeot Total is seen at the finish line of Rally Dakar 2018 in Cordoba, Argentina on January 20, 2018

Victory in the Truck category went to Eduard Nikolaev in the Kamaz. The Russian was briefly threatened by Federico Villagra early on in the event, but then had a relatively trouble-free run to the end. 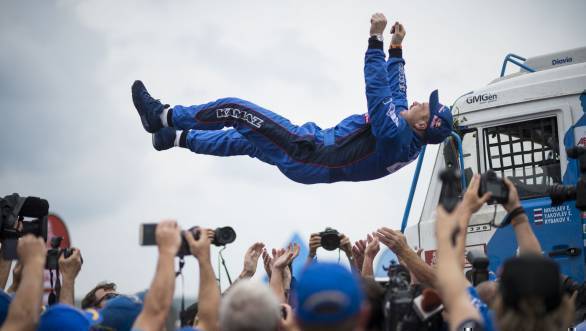 Eduard Nikolaev (RUS) of Team KAMAZ-Master celebrates his win at the finish line of Rally Dakar 2018 in Cordoba, Argentina on January 20, 2018

Once again it was Ignacio Casale who ended up winning the Quad category of the event. Casale led a Yamaha stronghold in the class, with the manufacturer ending up claiming nine spots in the top 10. 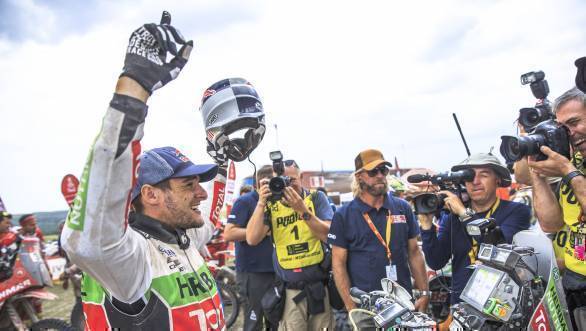 Ignacio Casale (CHL) of Casale Racing races after the last stage of Rally Dakar 2018 from Cordoba to Cordoba, Argentina on January 20, 2018

Victory in the SxS class went to Reinaldo Varela.